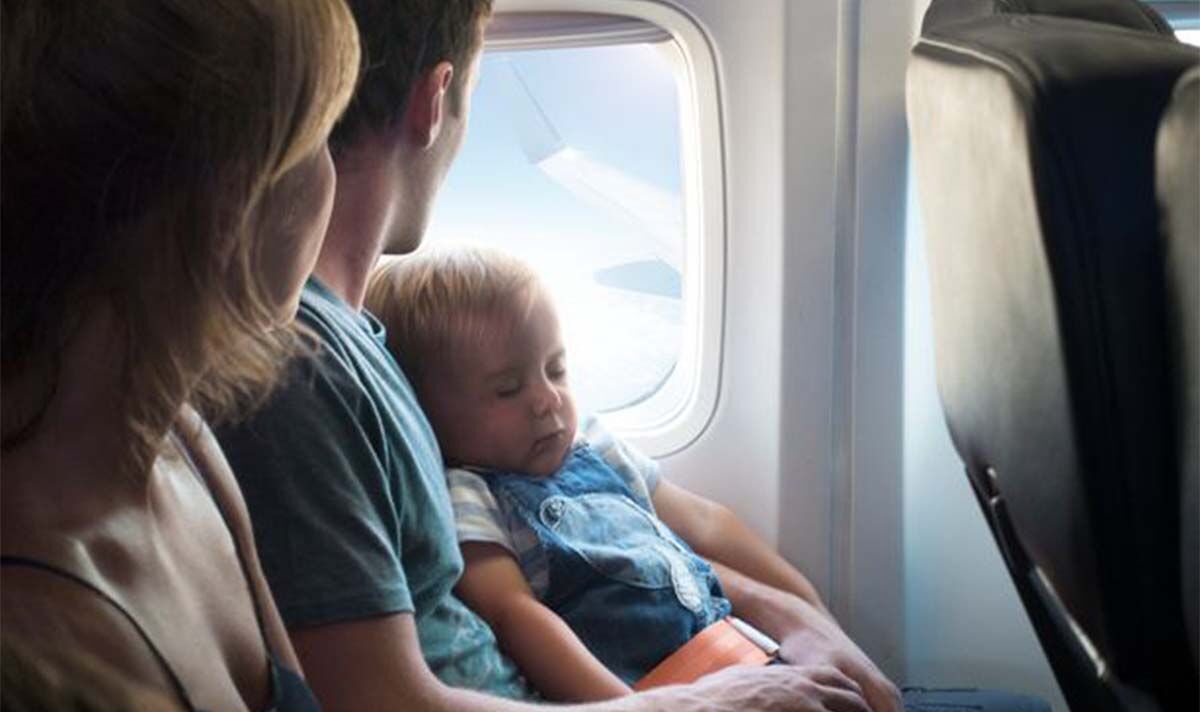 The mother says she “at one point tried very carefully to lean it back a bit” before noticing the child behind her. However, she was faced with angry cursing from the other woman and felt she had no choice but to sit up again.

Because of her back problems, she’d paid a lot more to sit in the exit seat, but she’d grown frustrated when it became clear that she wouldn’t be able to recline during her flight.

According to the Mirror, the checked passenger recently took mumsnet for advice on who exactly was being unreasonable in this situation. She wrote: “The woman behind me had a fairly large child on her lap during the flight and sat next to the child’s father.

“Because of this I couldn’t recline my seat the entire flight. At one point I tried very carefully to lean him back a little bit (before I saw the child) but she was angry and cursed, so I set him up.

“Who was unreasonable here? Or do we generally think that someone reclining their seat is unreasonable? I tend to recline my seat on very long flights when the lights are dimmed to sleep, like most others on those flights. I don’t lean back on short-haul flights.”

Although the incident happened a few years ago, the unnamed woman – who uses the username @planerider – is still “annoyed” by it and was asked to share her experience after reading a similar online thread.

Some commentators could fully see where the woman was coming from, sympathizing with the fact that she could not sit back the way she would have liked. One person wrote: “I would have pushed my seat back, not given a f**** to her swearing, and asked the stewards to explain to her that if she chose to limit her own space by not paying for a separate chair for her child then that was her lookout.

“I don’t trade my own comfort for someone else’s money. But I’m good at standing up for myself and appreciate that not everyone is.”

Another said: “I lean back on long-haul flights and neither consult nor inform the person behind me, or complain if the person in front of me leans back. She should have paid for a seat for her child.”

Others, however, took a very different stance, feeling like she shouldn’t have sat back in the first place. A third person sighed: “Relaxed seats are the bane of economy class (and short-haul flights if the same seat spacing is used). More airlines should remove the feature.

“If someone reclines their seat in front of you, move the vent nozzle above you so it’s pointing at the top of their head and put it on full power.”

A fourth agreed: “It’s only socially acceptable to recline your seat on an overnight flight if the person behind you has also reclined. Any other time means you’ll be burning in the fiery pits of hell.

“It’s like cooking fish in the office microwave — just because you technically can do it doesn’t mean you have to.”