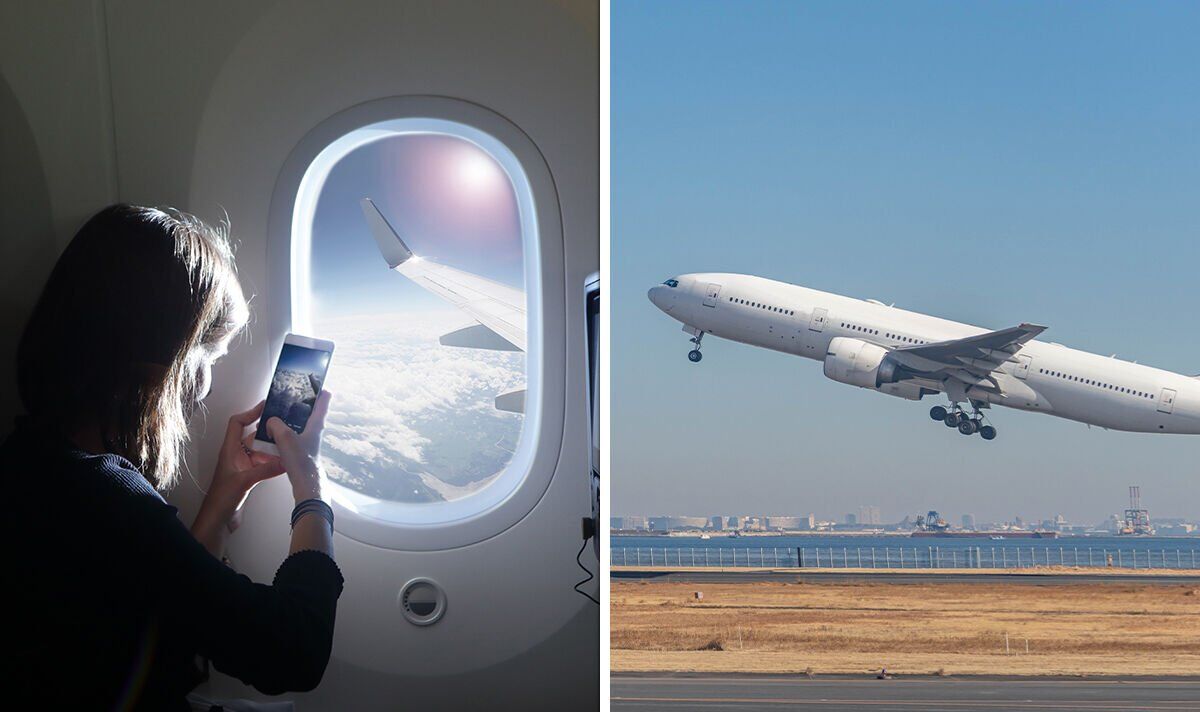 Sitting next to the window on an airplane is one of the most enjoyable parts of the trip for many travelers, but is there a reason it’s there at all? According to experts, having windows on airplanes is pointless, but for one reason.

In a thread on the social question-and-answer website Quora, a user asked an interesting question about airplanes.

They said, “Why are the windows on airplanes positioned differently than the seats?” (sic)

This was discussed by pilots and engineers, who all said the same thing: airplanes don’t need windows.

They are simply there for the comfort of the passengers and do not add any benefit to the structure of the aircraft at all.

READ MORE: Travelers must bring ‘towel’ on plane to ‘save space and money’

He continued: “If the seats are in place now, alignment with the windows is the least priority.

“The airlines are here to do business, to make a profit and not to give passengers a promising view outside.

“So the rows of seats are placed as tightly as possible to ensure maximum seating capacity, with minimum legroom.

“This is why, sometimes or in fact, most of the time, unless you’re very lucky, your seat isn’t aligned with the window.

“One will be ahead of you and the other a little behind. Or if you are very unlucky, there may even be a window seat without a window.”

Shaunak went on to say that “the main reason the windows are closed is that the passengers feel a little relaxed and not afraid of realizing that they are flying in an aluminum tube at 700 kilometers per hour, 10 kilometers above the sky. ground”.

Mark Benton, a captain at United Airlines, agreed that the plane should be built first and the seats in it later.

“Depending on the personal wishes of a particular airline, the seats may not line up with the windows,” he said.

“Some aircraft of the same type have a first class section, a business section and an economy class and then a normal economy section.

“Another aircraft of the same type may only have a business class and an economy class.

“Due to this seating arrangement, chosen by the airline in question, the seats can’t line up with the windows, which can be a little annoying.”

Another Quora user, Hu Shenru, added: “Next time you get on a plane, look under the seat! You would notice that all the seats are on rails so that when an airline wants to switch seats, they just slide it off.

“The airline arranges the seats, while the manufacturer arranges the windows. So it may be that they are not aligned properly.”

The Ixian Grand: A Luxury Adult Retreat in Greece