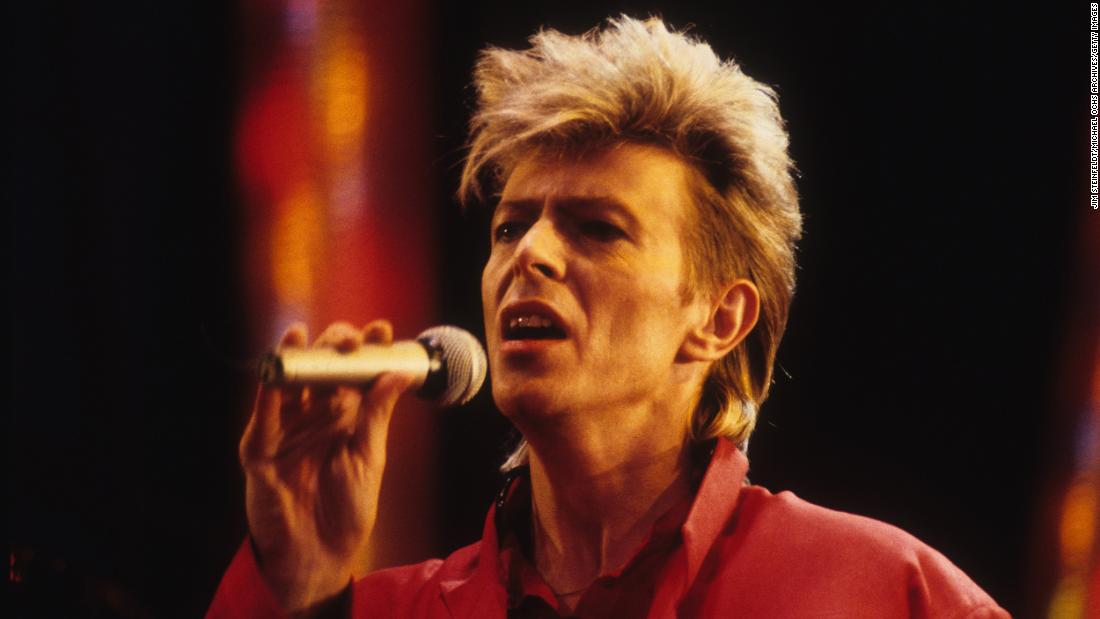 What happened when a young traveler ran into David Bowie?

(CNN) — American teenager Brad Miele spent the summer of 1984 touring Europe by train with his Sony Walkman in his ears.

Miele’s mother also traveled through Europe that summer, but while she opted for five-star hotels and tours of famous city landmarks, Miele and his brother stayed in hostels and spent their days on side streets, searching for the locations where their favorite artists laid tracks.

For Miele, who grew up in New Jersey, the pinnacle of music was David Bowie, the British cult singer. His walls were covered with Bowie posters. He took style cues from the man sometimes known as Ziggy Stardust. Bowie was Miele’s hero — and being in Europe made Bowie’s music resonate even more.

One evening, while staying in the UK, Miele and his brother met his mother for dinner. She stayed at the luxurious Savoy Hotel on the Strand, a busy London thoroughfare with theaters and bars.

Miele was in Bowie mode that night: a gray wide-brimmed hat to complement a double-breasted blazer, wide trousers, suspenders and a bow tie. On his feet he wore a snazzy pair of red Oxfords, in honor of Bowie’s “Let’s Dance” lyric: “Put on your red shoes and dance the blues.”

“I was definitely looking for that David Bowie, London vibe,” says Miele.

After dinner, Miele went into the night alone. His attention was immediately drawn to an alley next to the Savoy, where a group of people had gathered.

He walked down the street toward the Victorian Savoy Theatre.

“It almost manifested itself to me as it happened,” Miele says now. ‘It cannot be otherwise. And suddenly I see David Bowie climbing a drainpipe, above the crowd.’

It felt as if Miele had roamed all over Europe with Bowie’s tunes in his ears. Now the man behind the music was only a few feet in front of him.

Step into the frame

Bowie was in the process of filming a music video, “Jazzin’ for Blue Jean,” an extended 21-minute movie showcasing the upcoming single “Blue Jean.” In it, Bowie plays two characters: the wimpy Vic, who is trying to impress a girl, and Screaming Lord Byron, a Bowie-esque rock star.

Miele recalls that a few barricades were set up to prevent passers-by from entering the bulkhead, but the ten or so people who watched the footage were allowed to do so, as long as they didn’t cause a nuisance.

In “Jazzin’ for Blue Jean” there is a moment when Bowie, as Vic, slides up a drainpipe and tries to break into a nightclub.

“I came across the footage of that particular scene, which they did over and over with… [Bowie’s] double,” says Miele.

Things got even more surreal when one of the crew members approached Miele and asked if he would like to be an extra for the rest of the shoot.

“I almost died,” a teenage Miele wrote in his diary the next day.

He was ordered to walk behind Bowie in one of the shots outside the club. In the videohe can be seen when Bowie buys tickets from a scalper – he says he is the man in the hat who walks behind Bowie between 10:54 and 10:56.

“I think I was the only one of the crowd who grabbed them and dragged them in and selected them,” Miele says today.

He attributes this to his clothing, suggesting that his Bowie-esque style was a perfect match for the film’s aesthetic.

Miele was there for the next several hours, filming, observing and casting glances at his music idol.

At the end of “Jazzin’ for Blue Jean” the fourth wall is broken. The viewer can see the film crew and Bowie breaks character and doubts the end of the film.

Writing in Empire Magazine in 2016, the video’s director, Julien Temple, said this conclusion came about spontaneously on the last night of filming. The team realized it was already getting light, so they came up with the meta ending on the spot.

Miele can’t remember seeing that discussion play out, so he wonders if he was there on the penultimate night of filming, rather than the last day. The last scenes he saw took place at the Savoy Theatre, which replaced the fictional Bosphrous Rooms, where Bowie’s Screaming Lord Byron character appears in the video.

When the shooting for that night was finished, the cast and crew opened up beers and chatted around for a bit. It was then that Miele gathered the courage to talk to Bowie.

“I probably could have done it sooner, but I was clearly in shock,” he says now. “I think I may have said twenty words to him.”

Miele thinks some of those words may have been about Bowie’s 1977 album “Low”, which was one of Miele’s favorites, but the moment remains a bit hazy.

Miele also remembers getting Bowie’s autograph, but in the nearly four decades since, he’s lost track of it.

Miele returned to his hostel at 6:30 am. Later that day, he wrote with blurry eyes about meeting his idol in his diary.

“He was a nice person in the interactions I saw of him,” Miele says today. “And he was nice to me, and I think that was great.”

“I think it definitely showed me the side of him that you don’t just see in musicians, right? Just to see someone interact with the world over the course of six or seven hours. It’s an interesting perspective.”

Later that year, the video “Jazzin’ for Blue Jean” premiered on MTV. Miele’s European adventure was long over and he first watched the film at his best friend’s house in New Jersey. He later bought the video on Betamax, a sort of early video format, so he could watch it whenever he wanted.

Step into the unknown

Today, Miele remains a Bowie fan, even though he didn’t dress like him a few decades ago.

When Bowie passed away in 2016, Miele surprised himself by how emotional he was when he heard the news.

In the immediate aftermath of Bowie’s death, and in the years since, Miele had to reflect on his European adventure, meeting his idol, and everything that has transpired in his life since.

For Miele, the story symbolizes the importance of venturing into the unknown every now and then during your travels and in everyday life, because you never know what awaits you.

“A lot of people don’t do that and keep their heads up, looking ahead or whatever,” he says. “But if you don’t go into space, things like this will never happen.”