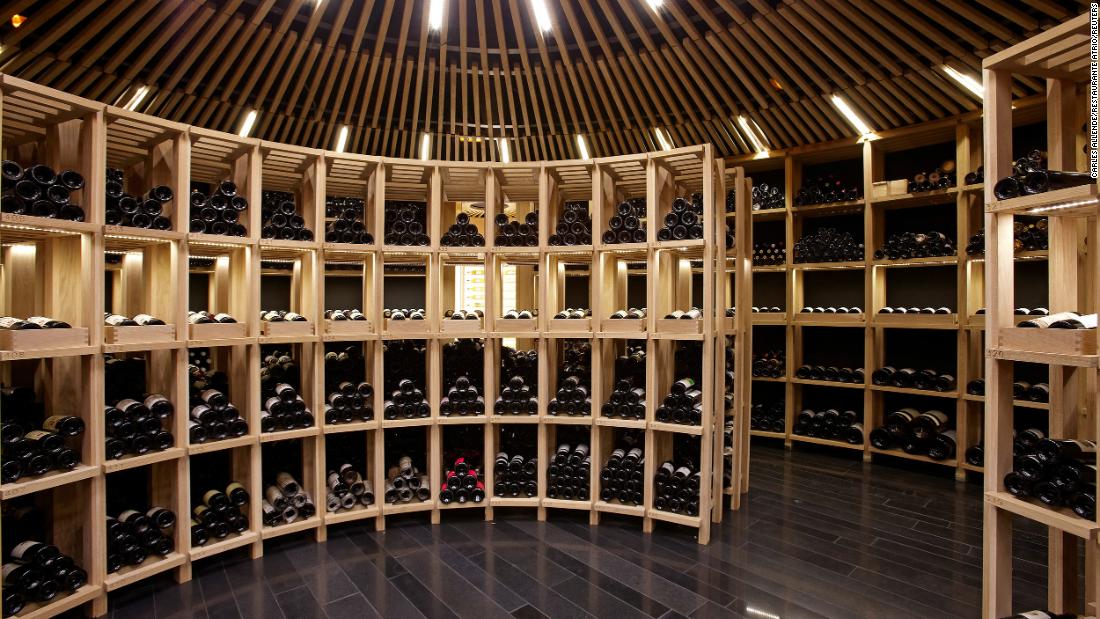 The man and woman evaded capture for nearly nine months before being arrested on Tuesday at the Montenegro-Croatia border for stealing 45 bottles of wine from the Atrio restaurant in Cáceres, western Spain, according to a statement from the Spanish National Police.

The robbery took place on Oct. 27, 2021 and was planned in great detail, with the thieves visiting the restaurant three times to prepare for the raid, agents said.

The suspects “demonstrated a high level of professionalism, specialization and perfect planning,” the police statement said.

Investigators found that the woman had booked the Atrio hotel with a false Swiss document and had eaten at the restaurant with her male accomplice.

Both suspects were then given a tour of the wine cellar by staff, which, according to police, is common.

They then went to their hotel room together, but the man left moments later and returned to the basement.

He entered with a stolen master key and left a few minutes later with three large backpacks filled with stolen wine, filled with hotel towels to protect the bottles.

While he stole the wine, the woman distracted the staff by asking them to prepare some food, police said, despite the kitchen being already closed.

The staff noticed the missing bottles the next morning, but the suspects had left the premises around 5 a.m.

The thieves left Spain a few days after the robbery and moved through several European countries, making it difficult for officers to pinpoint their exact location, police said.

But authorities eventually caught up with them to enter Croatia from Montenegro at the Karasovi Sutorina border crossing.

Spanish police praised the “perfect coordination” between national and international investigators from authorities, including Interpol.

At the time of his arrest, the male suspect had two arrest warrants outstanding from a Madrid court, police said.

The most valuable bottle was an 1806 Château D’Yquem, said José Polo, the restaurant’s co-owner and sommelier. decanter magazine in Nov 2021.

Polo said he would buy back the stolen bottles from the thieves, specifically the Château D’Yquem from 1806.

“They have robbed our dreams more than the bottles of wine,” he told Decanter.