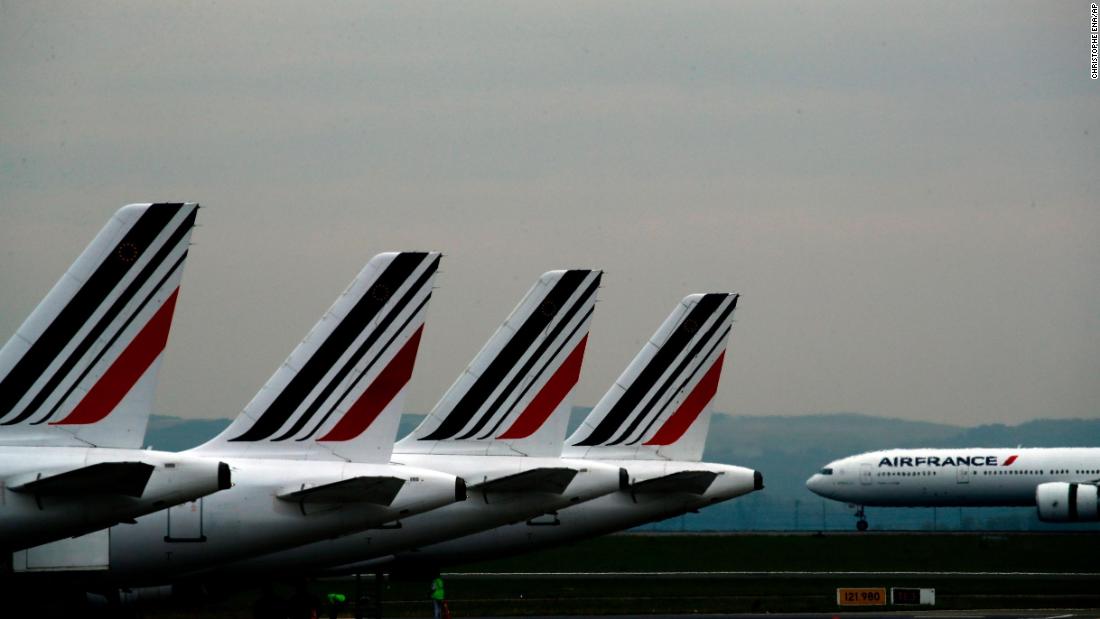 (CNN) — Two Air France pilots were involved in an on-board altercation, exchanging “inappropriate gestures” while in the cockpit of an A320 en route from Geneva to Paris, the airline confirmed Monday.

The altercation, which took place in June 2022, led to the suspension of both pilots, who have not been named by Air France.

“The incident was quickly resolved without affecting the conduct or safety of the flight, which was operating normally,” an airline spokesman said in a statement.

“The pilots involved are currently suspended and awaiting a decision from management on the outcome/handling of the incident. Air France recalls that the safety of its customers and crew members is the absolute priority.”

Although the incident happened two months ago, it was made public by a report last week in the French-language business newspaper La Tribune alleging bigger structural problems with Air France.

CNN has not confirmed any of the additional allegations.

The Bureau of Inquiry and Analysis for Civil Aviation Safety (BEA), the French government department that oversees the aviation industry, said it has “issued a safety recommendation regarding operator compliance with procedures”.

This was not spurred on by the June cockpit incident. The recommendation came earlier after an Air France A330 plane traveled from Brazzaville to Paris started to leak fuel and rerouted to Chad on December 31, 2021.

The BEA report said pilots failed to follow fuel leak procedures that require the affected engine to be shut down to reduce the fire risk, resulting in “a significant reduction in the flight safety margin, as the fire was avoided by accident”.

This is not an isolated case, BEA said. “Through a number of recent investigations,” they noted, “the crews involved had, for various reasons, voluntarily or involuntarily, failed to perform certain procedures in a compliant manner,” the agency said in the same report.

The Boeing 777 aircraft, which had departed from New York City, landed successfully and no passengers or crew were injured. Air France said its pilots responded appropriately to the situation by circling and making a second attempt to land.

Founded in 1933, Air France is the country’s flag carrier.

Renée Bertini in Paris contributed to this report

The volcano-inspired superyacht concept with a 'molten trap'