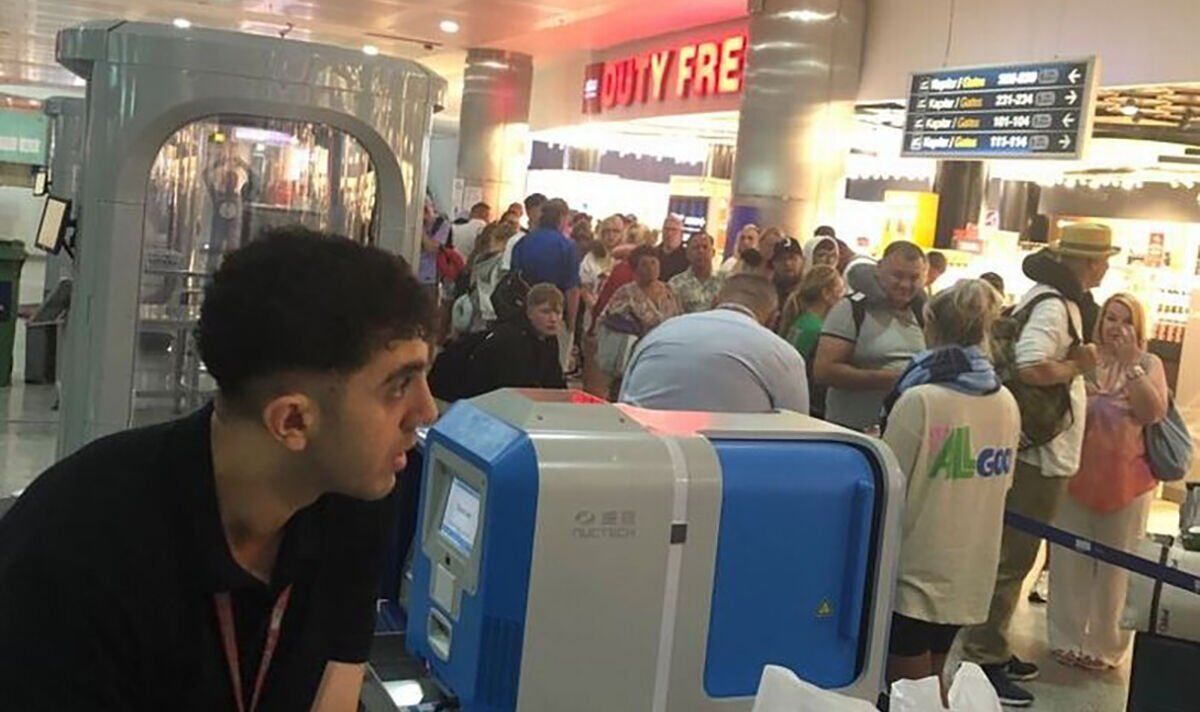 A family of three claims the pilot and flight crew told passengers they needed to rest. Passengers on board the TOM269 flight from İzmir Adnan Menderes Airport to Manchester Airport were asked to get off the plane and transfer to a hotel until the flight could be rescheduled.

The flight had already been delayed until yesterday morning (July 6), prior to the crew being told to rest, reports Manchester Evening News.

A passenger, who asked not to be named, said the flight back to Manchester had been delayed for more than four hours before they were told they would not leave Turkey as planned.

The passenger, 40, said: “The flight was originally scheduled to depart at 12:50 PM, but we weren’t ready to take off until around 5 AM. When we finally got on the plane, we were told that we would had to be seated as soon as possible.possibly because there was a 15 minute slot that we had to make.

“The pilot then went to the Tannoy and told him and the crew to rest due to fatigue. They explained that we had to get off the plane and that we would be transferred to a hotel and TUI would contact us.

“No one could believe it. Everyone thought it was a joke because we were already four hours late. People were screaming, there were people panicking and screaming. There were children crying and screaming, everyone was stressed. It was absolutely crazy. “

The passenger, who suffers from epilepsy, said people were also told to return duty-free goods bought at the airport and were given a ticket to get their products back when they returned for their flight, which was being rescheduled. to last night.

The man, who is traveling with his wife, 33, and their four-year-old son, said TUI took all passengers on board the flight to the same hotel, but said they felt they had not been properly informed about their flight.

The passenger, who lives near Halifax, said before the rescheduled flight: “We are stuck in 40 degree heat with no idea what is happening. We have not been told when we are expected to fly back. Everything I ‘ I have received an email from TUI offering us a £150 holiday voucher.

“My wife lost two days of work and my child missed his transition day at school to meet his new teachers. We were left in a hotel in the middle of a highway.

“I try not to get too stressed out because of my epilepsy because it can put me in severe seizures, but not knowing what’s happening is the worst. If we knew what the plan was, we could take a trip or do something.”

The passenger said the flight cancellation was the latest in a series of setbacks for them related to their trip – originally planned to go to Egypt rather than Turkey.

“We were supposed to fly to Egypt on June 22, but they canceled the holiday two days in advance because they said the flight didn’t exist,” he explained.

“We have rebooked to go to Turkey for 14 nights on 21 June and were delayed by two and a half hours leaving Manchester.

“I’ll never go with TUI again and I’ve spent a lot of money with them in the past. It’s been a mess, I’ve never experienced anything like this in my entire life.”

TUI has apologized to customers affected by the delayed flight and said it has extended a goodwill gesture to all passengers for the inconvenience.

Passengers have also been given information on how to claim compensation.

A TUI spokesperson said: “We would like to apologize to customers who traveled with TOM269 from Izmir to Manchester on Tuesday, July 5, which was postponed until the following day.

“This was due to an initial delay on the outbound flight, which left the crew out of hours to return.

“We kept customers informed all the time and provided lodging, meals and drinks as needed.

“We understand that last minute delays are incredibly disappointing and want to reassure customers that we will never leave them stranded abroad.”

A culinary retreat in the Berkshires