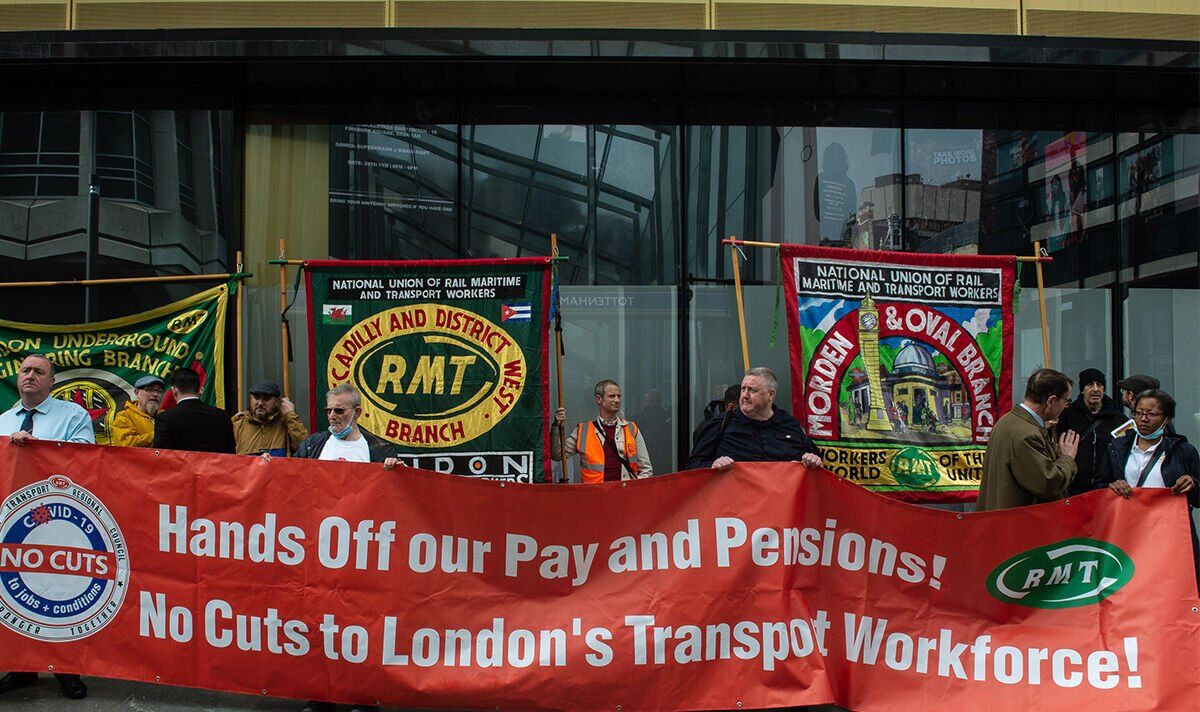 Train strike dates: when you could face delays as train crews want to ‘shut down’ UK railways

More than 40,000 Network Rail employees and 13 train operators are expected to participate in a three-day strike after talks about pay and layoffs fell through. The action would allow only a fifth of the main rail services to operate on these strike days, with the majority working up to 12 hours; causes widespread disruption to passenger and freight services in England, Scotland and Wales†

The RMT Union said members who work for train companies are victims of “salary freezes, threats to jobs and attacks on their terms and conditions”.

Network Rail plans to cut 2,500 maintenance jobs in a bid to deliver £2 billion in savings over the next two years.

Mick Lynch, general secretary of the RMT, said: “Railroad workers have been treated horribly and despite our efforts in negotiations, the rail industry, with the support of the government, has not taken their concerns seriously.

“We have a cost of living crisis and it is unacceptable for railway workers to lose their jobs or face another year of wage freeze when inflation is at 11.1 percent and rising.

“Our union will now begin an ongoing campaign of industrial action that will shut down the rail system.”

READ MORE: DEAL OF THE DAY: Gift a two night hotel in the UK or Europe for under £150

He claimed railway companies make at least £500m a year in profits, before adding: “This dishonesty is fueling the anger of our members and their determination to get a fair settlement.

“RMT is open to meaningful negotiations with railway bosses and ministers, but they will have to come up with new proposals to avoid months of disruption to our railways.”

When will the strikes take place?

On the first day of the planned strike on June 21, London Underground RMT workers will join the strike over a separate dispute over pensions and job cuts – bringing the total number of strikers to more than 50,000.

RMT members include everyone from drivers, security guards and catering staff to signalmen and track maintenance workers.

These strikes coincide with a number of major summer events, including Glastonbury Festival, the British Athletics Championships, as well as Hyde Park concerts for Elton John and the Rolling Stones to name a few.

Speaking about the strikes, Network Rail chief executive Andrew Haines said: “We continue to meet with our unions to discuss their concerns about wages and we are doing everything we can to avoid strikes on the railways.

“We know that the cost of living has gone up and we want to give our people a pay rise, but the RMT needs to recognize that we are a government agency and any pay rise should be affordable to taxpayers.

“Travel habits have changed forever and rail needs to change too.”

“We cannot expect to take more than our fair share of public funds, which is why we need to modernize our industry to put it on a sound financial footing for the future.

“Failing to modernize will only lead to industrial decline and more job losses in the long run.”

Describing the strike as “incredibly disappointing”, Transport Secretary Grant Schapps said: “The pandemic has changed travel habits – with 25 per cent less ticket sales and taxpayers stepping in to keep the railways running at a cost of £16bn, which is what makes equivalent to £600 per household.

“We must act now to help the industry in a sustainable way.

“We are working with industry to reduce disruptions caused by strike action, but unions are stepping in by announcing this when talks have only just begun.

“We would once again urge unions to engage with the rail industry so that we can work together to build a better, more modern, passenger-centric rail.”

The most expensive cities in the world for 2022