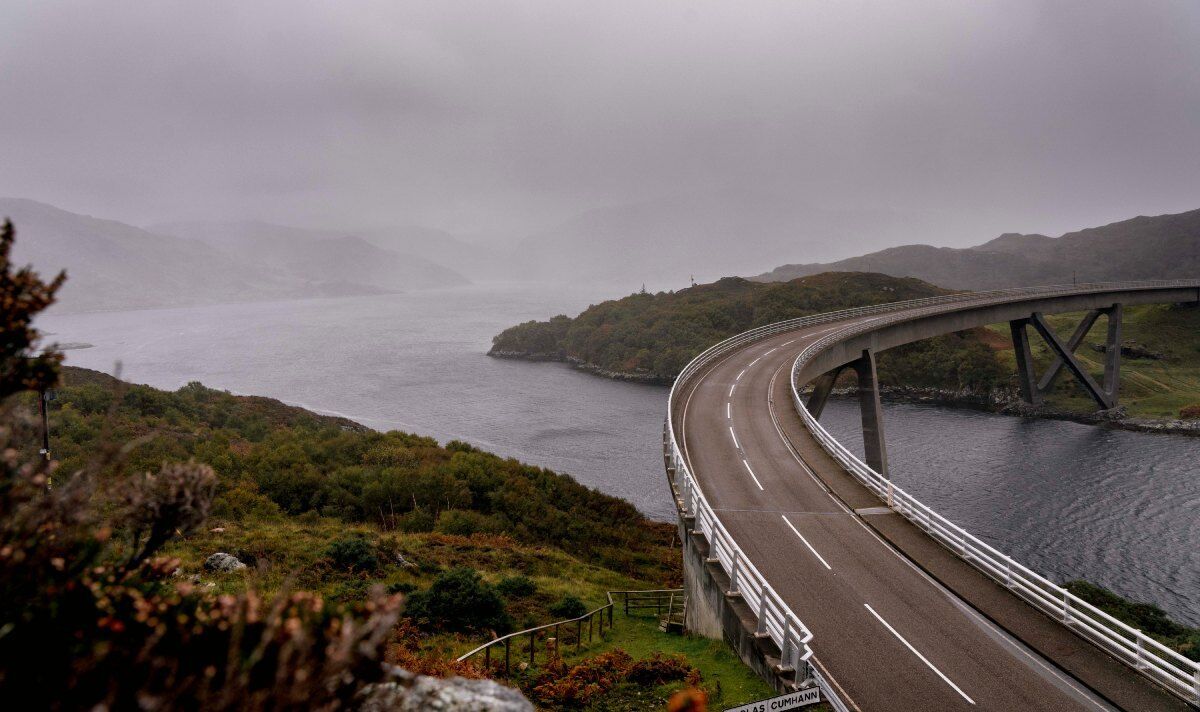 This was followed by the road trip from Kendal to Keswick in the Lake District.

Somerset’s Cheddar Gorge, which runs through the Mendip Hills, came in third and Cornwall’s route from St Ives to St Just came in fourth.

The A39 coastal road, linking Minehead to Barnstaple, the A82 leading to the mystical Loch Ness, and the Black Mountain Pass in the Brecon Beacons were also among the top 10 most scenic roads in the country.

It also found that more than three-quarters of motorists (78 percent) prefer the scenic route when traveling to a destination – to make the most of the view.

The interactive map – which takes into account those who drive electric cars – shows great roads and interesting waypoints along the way, as well as where the electric charging points are, and a preloaded route that can be downloaded directly to a mobile phone.

Greg Taylor, managing director at Fiat and Abarth, said: “It’s interesting to see the best open roads in the country to drive – and some of the scenic routes the UK has to offer are a sight to behold.

“North Scotland’s NC500 has always been a popular choice, with the addition of remote fishing villages and a wealth of unforgettable experiences along the way.

“But let’s not forget Snake Pass in the Peak District, the Cotswolds, or even the best of the Moors in Yorkshire – all incredible roads to explore on any given day.

“Obviously there are motorists who would like to take a more scenic route to their destination.”

The survey also found that 72 percent believe the UK has some of the most beautiful roads in the world.

As a result, more than half (54 percent) prefer a scenic trip, even if it takes longer to get to their location.

Of them, 44 percent said driving on longer roads helps them de-stress, while 41 percent enjoy going somewhere they’ve never been before.

It also emerged from the ocean, rolling hills and mountain cliffs were among the types of beautiful scenery motorists want to see while driving.

Scotland was voted the best region to drive in the UK, followed by London and the South West of England.

But of those surveyed, nearly two in ten prefer a convertible, with 29 percent being jealous when they drive past it with the roof down.

However, the survey, conducted via OnePoll, found that poor road conditions often prevent drivers from taking a scenic route, while 29 percent are also put off by bad traffic.

Other reasons to avoid a longer trip include having to talk to passengers and worrying about fuel.

And more than half of drivers (56 percent) who have driven a scenic route envy other passengers who can focus on the scenic views – seven in ten have stopped at the side of the road to take in the scenic views to admire yourself.

Greg Taylor added: “Our research found that motorists believe the UK has some of the best scenic roads in the world.

“There’s no better way to experience great roads than in an electric convertible like the 500.

“We know there can be some fear of going on long journeys in an electric car, so our guide highlights where people can charge their cars on the go – giving them the peace of mind to just enjoy the beautiful open road and tranquility of a electric car.”