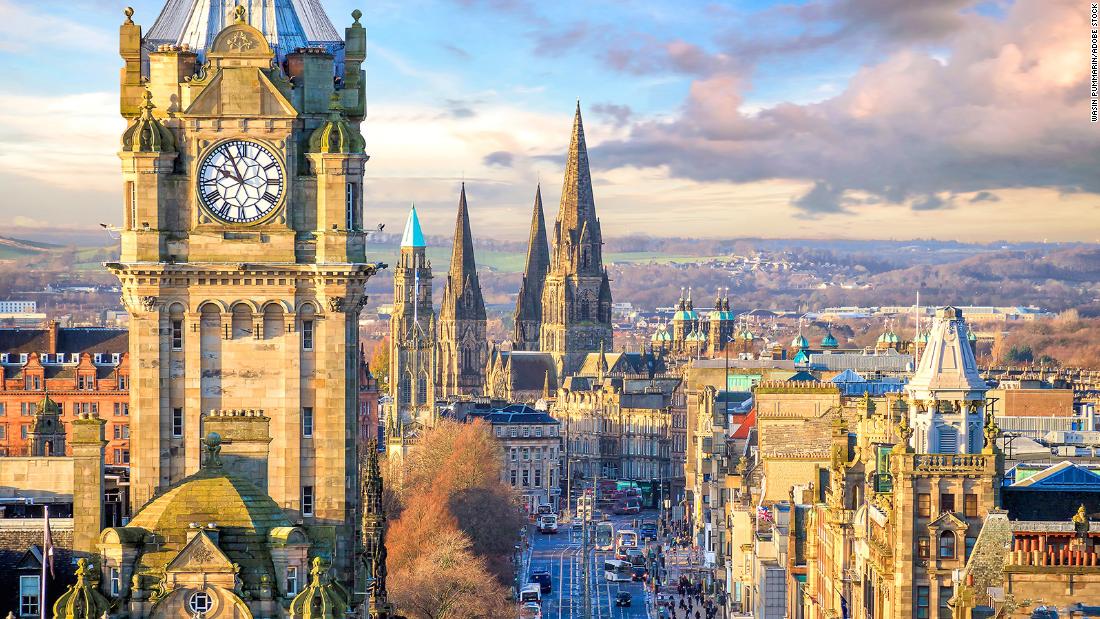 Time Out lists the world’s best cities for 2022

(CNN) — Not every city skyline contains an extinct volcano, an imposing hilltop castle and a series of centuries-old buildings, but Edinburgh’s awe-inspiring skyline is just one of the reasons why the Scottish capital is Time Out’s best city for 2022.

Each year, the media company asks some 20,000 city dwellers around the world, along with its network of global editors, to identify what makes their city great through a survey known as the Time Out Index. Time Out uses the resulting data to compile its global city ranking.

It’s not just Edinburgh’s beauty that has made it the top spot for 2022, the city is also known for its bustling arts festivals and growing foodie scene, and polled locals praised the city’s walkability as well as its welcoming, inclusive feeling.

“It’s amazing to see how much the city has developed since we grew up here as kids,” said the team behind the recently opened Edinburgh wine bar Eleanore, which Time Out has highlighted as one of the city’s highlights. . CNN Travel. “It’s great to see it get the recognition it deserves.”

While last year’s list praised places that came together during the pandemic, this year’s Time Out highlighted everything we’ve missed in recent years, scrutinizing each city’s restaurants, bars, nightlife, and museums.

The goal, says Time Out, is to make the rankings “the ultimate travel bucket list for 2022.”

Hot on the heels of Edinburgh at No. 2 is the Midwestern American center of Chicago, which has been praised for its early-morning nightclub life as well as its resilience in the pandemic era. Third on the list is Medellín, Colombia, famous for its nightlife, boutique hotels and mouthwatering food.

And it’s a strong achievement for Scotland, as Glasgow is number 4 on the list, with Time Out putting the city’s varied eateries and friendly atmosphere to the fore.

Sustainability initiatives, safety and public transport also play a role in the rankings. On the green front, Time Out refers to the recent initiative by Glasgow club SWG3 to generate power from dancers’ body heat, while Amsterdam, at number 5 on the list, is recognized as the world’s most bicycle-friendly city.

The goal, says Oliver of Time Out, was to highlight “all the things that make cities fun, vibrant places to visit” in the 2022 roundup. View the full ranking here.