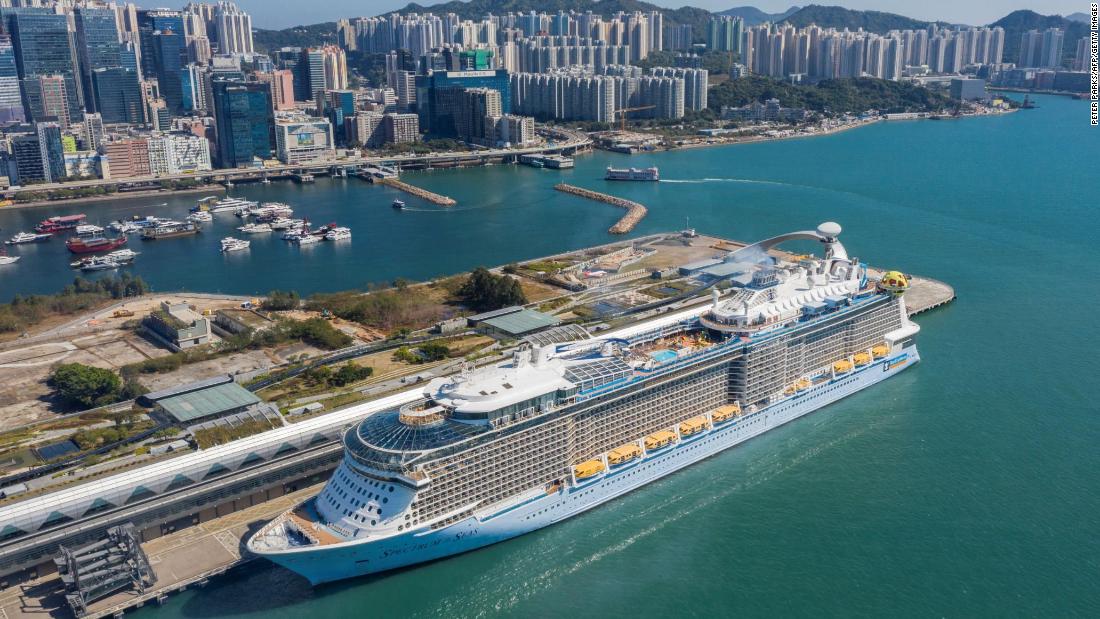 More than 3,000 passengers and crew members were held on a major cruise liner in Hong Kong on Wednesday after a Covid scare prompted authorities to order the ship to return to port.

Passengers and staff were allowed to disembark Wednesday night after being tested for Covid-19, a Royal Caribbean representative told CNN.

The ship was ordered to return to port after nine passengers were identified as close contacts of a preliminarily positive case onboard Royal Caribbean’s Spectrum of the Seas, which was on a “cruise to nowhere” around the South China Sea.

The nine close contacts were sent to a government quarantine center after the ship returned to port on the morning of January 5, according to a Hong Kong government statement. Roughly 2,500 passengers and 1,200 crew were told to remain on the ship to undergo coronavirus testing.

Royal Caribbean said it was informed of the close contacts on January 4 and subsequently tested and isolated these passengers, according to a statement posted to the cruise line’s Hong Kong Facebook page. The nine close contacts reportedly tested negative via PCR tests.

The Spectrum of the Seas was carrying roughly 2,500 passengers.

In its statement, the Hong Kong government said it was concerned the nine people may have been in contact with a positive Omicron Covid case.

Hong Kong has kept up strict border regulations and quarantine rules for the duration of the pandemic. Omicron slipping through the net has led to the government to clamp down further on travel, banning flights from Australia, Canada, France, India, Pakistan, Philippines, the United States and the United Kingdom effective January 8.

Local Hong Kong restrictions have also been implemented, with indoor dining banned and entertainment venues such as cinemas, museums and bars and clubs temporarily shutting their doors.

Future cruises to nowhere are also off the table for now.

The move “reflects increases in cases onboard cruise ships since identification of the Omicron variant,” the CDC website says.

“The decision by the CDC to raise the travel level for cruise is particularly perplexing considering that cases identified on cruise ships consistently make up a very slim minority of the total population onboard — far fewer than on land — and the majority of those cases are asymptomatic or mild in nature, posing little to no burden on medical resources onboard or onshore,” the industry body said in a statement last week.

This story has been updated with information on the disembarkation of passengers and staff.

How flying will change in 2022