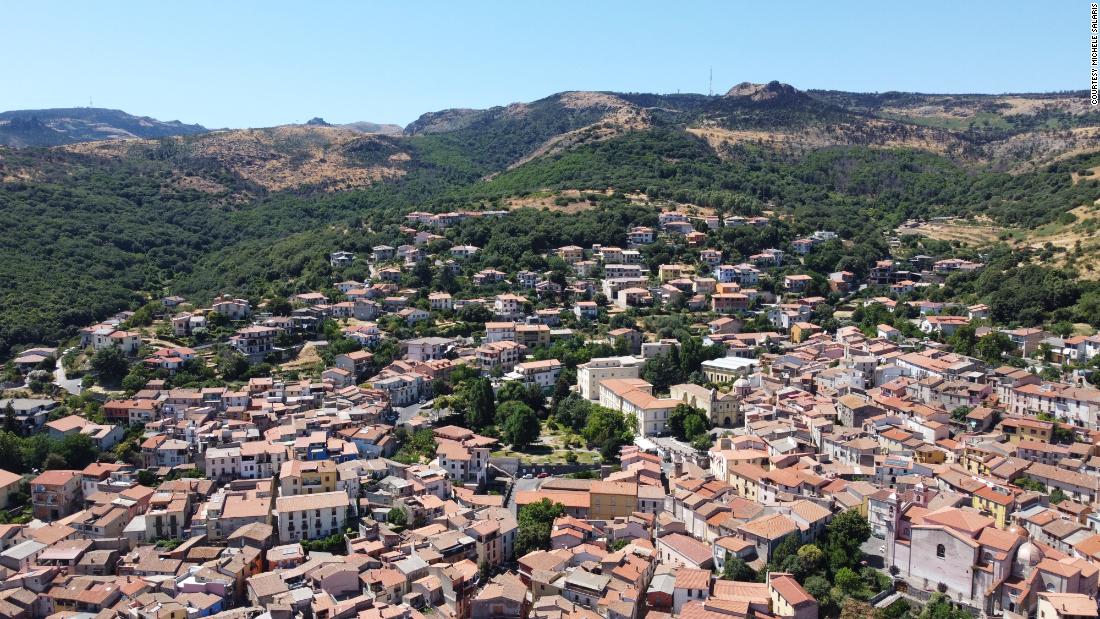 The Italian city with a drunken secret

(CNN) — It’s super strong, with a fennel flavor, as transparent as water — and it’s still illegally produced in many households in Sardinia.

Filu ‘e ferru, or “iron wire”, is an ancient drink with a dangerous past and an alcohol concentration of up to 45% that knocks out even those with a high tolerance.

Rosa Maria Scrugli was barely 23 years old when she was sent on a working mission in 1970 to the small town of Santu Lussurgiu, located in the wild Oristano region of western Sardinia, amid rocky hills and caves.

For 400 years, this place of barely 2,000 inhabitants has made a powerful filu ‘e ferru locally called ‘abbardente’ – a word derived from Latin and aptly meaning ‘burning water’.

The mayor, the cobbler of the town, greeted Scrugli with several welcome shots in the afternoon, but by the time she knocked down the second, she nearly collapsed and fell on top of the mayor, who was only slightly tipsy.

“Before I knew it, someone had dragged me away and I woke up in my hotel room with the worst hangover ever. The mayor wasn’t feeling too well either, but he was used to drinking filu’e ferru. It was my first time, and it was a shock,” Scrugli told CNN.

Santu Lussurgiu is considered the cradle of the oldest Sardinian tradition of “acquavite” – literally “vine water” in Italian, denoting a premium alcohol distillate.

The villagers have been brewing filu ‘e ferru for 400 years.

“Acquavite and abbardente are just synonyms for filu ‘e ferru, which is a metaphor, part of a secret code invented at a later stage to refer to acquavite to escape police checks,” said Carlo Psiche, the only (legal) ) distiller of Santu Lussurgiu. .

It became an ‘outlaw’ drink in the 19th century when the Italian Royal House of Savoy introduced levies on alcohol production, sparking an illegal trade that continues on a massive scale in Santu Lussurgiu.

Until a few decades ago, police raids were common, farmers had to hide bottles of their filu’e ferru in a secret spot at home or underground in their yard, and marked the spot with a piece of iron. Hence the name “iron wire”.

In coming up with such a nickname, the locals might also have been inspired by the nearby rocky mountain range of volcanic origin called Montiferru – the ‘iron hill’.

What has always made the acquavite of Santu Lussurgiu so exceptional, unlike that of the rest of Sardinia, is that it is distilled from wine, not marc, a spirit made from the residue of the skins and seeds of grapes after the wine has been extracted . It is therefore not a grappa – Italy’s favorite after-meal shot.

Psiche claims that its Distillerie Lussurgesi, with Alembic copper stills used for ancient distillation processes, is the only one of the five filu’e ferru distilleries in the wider region to use real wine instead of marc, or ‘vinacce’.

Meanwhile, families in the village have been brewing filu ‘e ferru at home since the late 1500s, after monks from the local abbey introduced this potent alcoholic distillate to the area.

“First it was used for its medical and therapeutic properties, especially for toothache, then people realized it was also great as a drink,” says Psiche.

Santu Lussurgiu is located in the hills in western Sardinia.

Thanks to Michele Salary

Everyone in the village is still secretly making Abbardente at home. None of them pay taxes on it, except Psiche, who runs a business.

Today it is less risky than it used to be. After all, many Italians brew wine and all kinds of liqueurs at home, and the authorities will no longer knock on people’s doors unless they have set up a large-scale company.

Psiche remembers that until the 1960s, when tax police patrolled the village looking for clandestine producers, people rushed to hide their bottles and alembic, yelling the emergency code ‘filu ‘e ferru’ at each other. It was like a curfew signal.

“I was only a child, but I remember the elderly people who described the police officers who parked their cars in front of the town hall and roamed like hunting dogs on illegal producers.”

Fennel seed is added to filu ‘e ferru to soften the pungent taste, and given its intense scent, the smell of fennel seeping from homes occasionally helped police detect illegal activity.

“There used to be a village messenger whose job was to trumpet local laws, events and measures. When the Abbardente raids happened, he used a different key to warn people,” Psiche says.

Italians and foreigners who knew the secret filu’e ferru flocked to Santu Lussurgiu to buy whole cobs of it, Psiche says, but they asked too many questions at the risk of exposing the producers. So in the end the locals decided to go completely underground.

The village had some 40 distilleries by the end of the 19th century, when filu ‘e ferru had become a popular drink and exported all over Italy. However, the distilleries were closed at the beginning of the 20th century and production became exclusively ‘domestic’.

Psiche, a former mechanic, decided 20 years ago to restore the old village tradition of acquavite. Its abbardente, made with fresh local white grapes, is available in two versions, both aged for a minimum of 12 months.

The water-clear abbardente has an intense enveloping flavor with a light taste of dried fruit and almonds and is diluted with water from a nearby village well. It is aged in steel tanks.

The amber abbardente is instead aged in oak barrels. The wood aging gives it a sweet taste reminiscent of honey and homemade bread.

The Psiche Artisan Distillery features old distillery artifacts and an original acquavite bottle from 1860. He has several American clients in Ohio and Chicago, where many villagers migrated.

“Our village has always used wine instead of marc because the vineyards here tend to over yield, so the best way to avoid waste was to use the wine to make abbardente,” says Psiche.

While men looked after the fields, the production of filu ‘e ferru in Sardinia was a women’s business. Wives, daughters and grandmothers became experts in distillation. Initially, huge pots of copper, traditionally made for milk, were used and sealed with flour paste to warm the wine. Later, the ladies turned to copper kettles.

Sardinians have a love affair with their ‘hot water’, just as Neapolitans do with coffee.

While it’s great as an after-dinner digestive, when it’s time to toast, a shot of abbardente works just fine.

According to Psiche, it is also a drink with which to observe death: when someone dies, it is customary to enjoy a glass of filu ‘e ferru during the nightly vigil to honor the deceased.

Filu ‘e ferru is as fervent as the Sardinians who continue to make it at home, just like their ancestors, stuck to tradition. They believe that it can be drunk just like pure water.

A woman from Santu Lussurgiu, who spoke to CNN on condition of anonymity for fear of being arrested by authorities, says it’s not just for special occasions: “Those who love it drink it at any time of the day, even at breakfast.”

She makes filu ‘e ferru exclusively for her own consumption and uses a huge alembic from her grandparents that has been in the family since the 1960s.

“It takes me half a day to distill the wine, which grows on our land. Besides fennel, I often add absinthe,” she said.

The woman says she has now also involved her son in the daily preparation of their homemade filu ‘e ferru – perhaps a sign of changing times that men like Psiche should play a key role in preserving the alcoholic heritage.

Sign up for the free nine-part portion of CNN Travel Unlock Italy Newsletter for insider information on Italy’s best-loved destinations and lesser-known regions to plan your ultimate trip. Plus, we’ll get you in the mood with movie suggestions, reading lists, and recipes from Stanley Tucci.

Cappadocia: One of Turkey's Most Spectacular Hiking Destinations