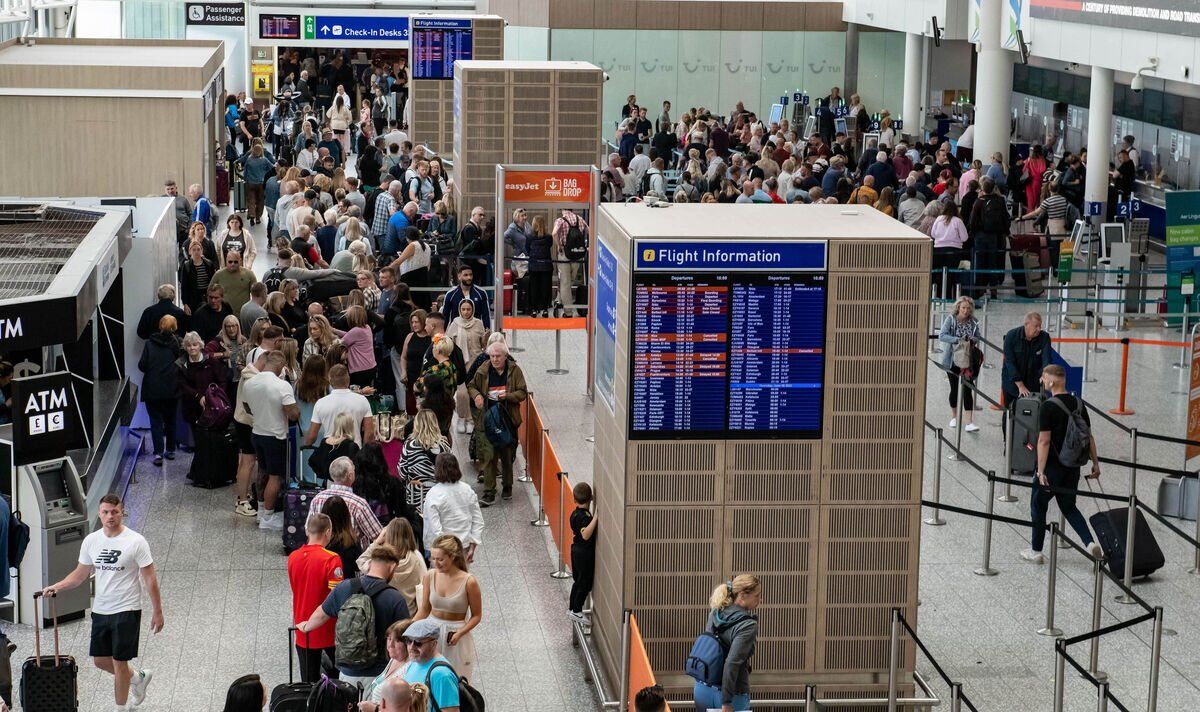 And the skyrocketing prices will only get worse, a leading budget airline has warned. Wizz Air forecasts a 10 percent increase due to the “perfect storm” of inflation, fuel costs and strong demand. Meanwhile, a strike by Italian airline workers is causing even more headaches for travelers – with dozens of flights canceled yesterday, affecting British Airways, easyJet, Ryanair and other operators.

A travel expert told the Daily Express that the skyrocketing cost of traveling abroad is comparable to what it was 50 years ago, when high inflation in the 1970s made flying abroad beyond the reach of most household budgets.

They claim we regularly see more than 20 percent higher prices on British Airways flights to destinations like Nice, France and the Caribbean. Paul Charles, CEO of analysts The PC Agency, said: “You’re seeing price increases spill over onto some routes that were traditionally cheaper.

“An economic return from Gatwick to Nice in mid-June is about £850 per person. Traditionally it was about £500. To the Caribbean you would pay about £650.

“Now, in mid-June to go to Barbados, it’s £890. People are willing to pay whatever it takes.

“This is not an opportunism from airlines. They behave like other sectors in a world of high inflation, high fuel costs and high demand.”

BA stressed last night that they had not surreptitiously increased ticket prices, but high demand for overseas travel has pushed fares to popular destinations.

A spokesperson said: “We offer a wide range of fares to provide more choice and recommend booking as far in advance as possible to take advantage of our lowest prices. Like other airlines, our prices fluctuate based on demand.”

Britons have been warned that the chaotic scenes at UK airports could continue for another 18 months as the sector tackles a staff crisis.

John Holland-Kaye, CEO of Heathrow Airport, claimed it will take “12 to 18 months for the airline industry to fully restore capacity”. His warning comes with widespread flight cancellations, mountains of unclaimed luggage and vacationers waiting hours in line to check in.

Holland-Kaye added: “What we’ve seen in recent weeks is that supply and demand have been out of balance. We need to make sure we plan much better.”

Figures released by Wizz Air showed passenger numbers nearly tripled in the year to March 2022, from 10.2 million to 27.1 million, with sales up 125 percent. But boss Jozsef Varadi said that while rates will rise, disruption could mean loss. He said: “Staff shortages have a direct impact on airlines and customers.”

People wait at a heaving airport at Heathrow (Image: Getty)

Huw Merriman, chairman of the House of Commons Transport Select Committee, said the sector has been hit by a cascade of problems. The Tory MP said: “You have the perfect storm where you don’t have enough staff in a job market where people are already worried about the future of aviation because they’ve lost jobs and it’s been a stop-start.”

An employee of an airport coffee shop told the Daily Express that passengers concerned about missing flights were partly responsible for queues.

He said: “Passengers are asked to arrive three hours before flights, but they show up much earlier and cannot check in, leading to overcrowding. Then, when they can, there is a frenzied rush and long queues.

“It used to be a bit more spread out with people arriving at different times.”

The queues and overcrowding were described as “enormous” and “embarrassing” at airports, including Manchester and Gatwick, yesterday morning.

And the woes were highlighted in a clip posted by passenger Paul Quinn in Manchester, which shows a mountain of luggage falling off an overloaded conveyor belt. The Liverpudlian said the airport was “in disarray from start to finish”.

A heady combination of factors is causing flight prices to continue to climb for all of us.

While the Wizz Air boss has said the cost of tickets could rise by about 10 percent, some airlines are already raising fares by more than 20 percent.

The war in Ukraine has led to rising oil prices. Refueling an aircraft costs much more and so airlines quickly pass this on to the consumer. And more expensive items like sandwiches mean airlines have to charge more per ticket to maintain service quality.

It is crucial that personnel costs also rise. Airlines are under pressure to pay their pilots and cabin crew more as inflation affects pay packages.

Unions flex their muscles for wage claims in line with 10 percent inflation.

No airline has made a profit in two years and airlines have to rebuild their balance sheets, so they have to protect their money stacks in the bank.

Airlines also pay more for ground handlers. A shortage has led to cancellations. Without such personnel, airlines simply fly metal in the sky.

I expect costs to continue to rise over the next 12 months. But travel is often the last thing that is crossed off our bucket list. As demand continues to rise, so will the cost of leaving.