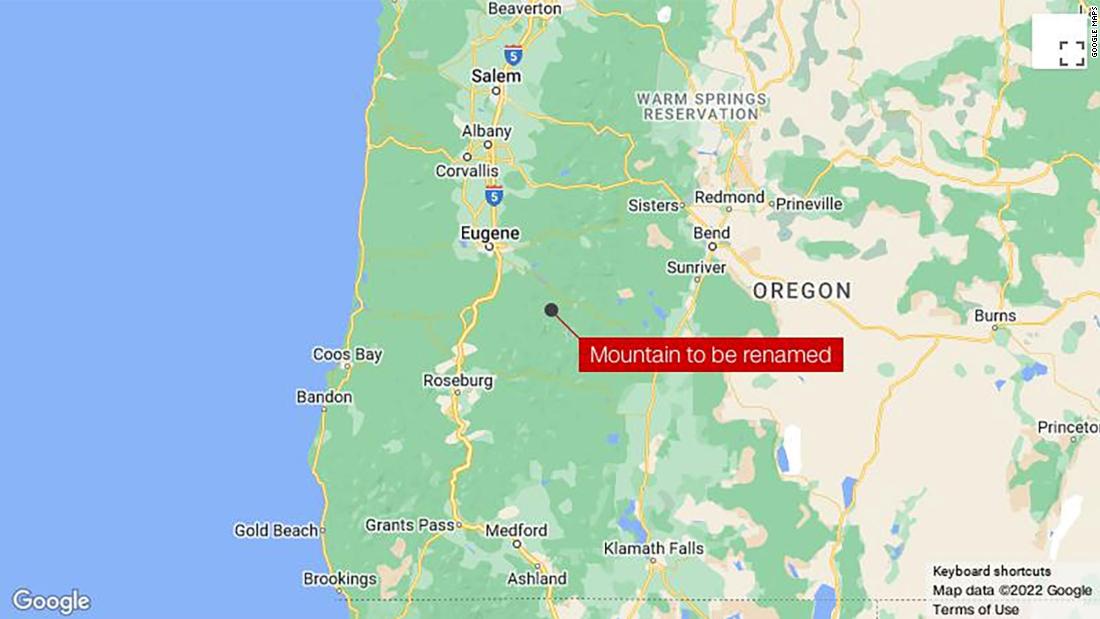 Swastika Mountain in Oregon may have a new name soon

(CNN) — Swastika Mountain, located in Oregon’s Umpqua National Forest, may be getting a new name later this year — thanks in part to a resident of Eugene.

“I thought ‘this is crazy,'” said Joy McClain, 81, when she saw the mountain’s name in a local newspaper and felt called to action.

“I’ve decided that maybe there’s nothing I can do, but I’m going to investigate what it takes to change the mountain’s name,” McClain said.

Swastika Mountain gets its name from the extinct town of Swastika — which reportedly got its name from a cattle ranch owner who would mark his livestock with the symbol, Kerry Tymchuk, the executive director of the Oregon Historical Society’s Boyle Family told CNN .

“This was in the early 1900s, long before the symbol was associated with the Nazis and Hitler,” Tymchuk said. The rancher used the symbol because it was a Sanskrit symbol meaning “happiness” or “well-being,” he added.

However, after World War II, the mountain’s name never changed.

“I suspect if someone had suggested a new name, it would have changed a long time ago,” Tymchuk said. Not very well known, he said, the mountain is in the middle of a National Forest and fairly inaccessible.

McClain had submitted a proposal to the Oregon Geographic Names Board seeking to change the name to “Umpqua Mountain” as a way to protect the Umpqua River and the Umpqua National Forest.

At the same time, another proposal was forwarded to the OGNB to rename the mountain “Mount Halo,” Tymchuk said. This would be in honor of Chief Halito, also known as Chief Halo, of the Yoncalla Kalapuya tribe, who had lived in a village 20 miles west of the mountain.

McClain said she then decided against her proposal to name the mountain after Chief Halo.

Chief Halito, often abbreviated to Chief Halo, was a leader of the Yoncalla Kalapuya tribe

David Lewis, assistant professor at Oregon State Universitysaid the chief died in 1892. He was known for negotiating treaties and sticking to his “right to remain on his land.”

“To me it’s like giving some of the heritage back to the area,” Lewis said.

“The names we give geographical features reflect both our history and our values,” Tymchuk said. And he thinks it’s far too late to remove the name ‘Swastika’.

While everyone agrees on the name change, it may not happen until the end of the year due to the rules for name change proposals.

As for McClain, she said she’s happy about the possibility of the change. “One person can make a difference,” McClain said.

Looking back on 50 years of Hard Rock Cafe