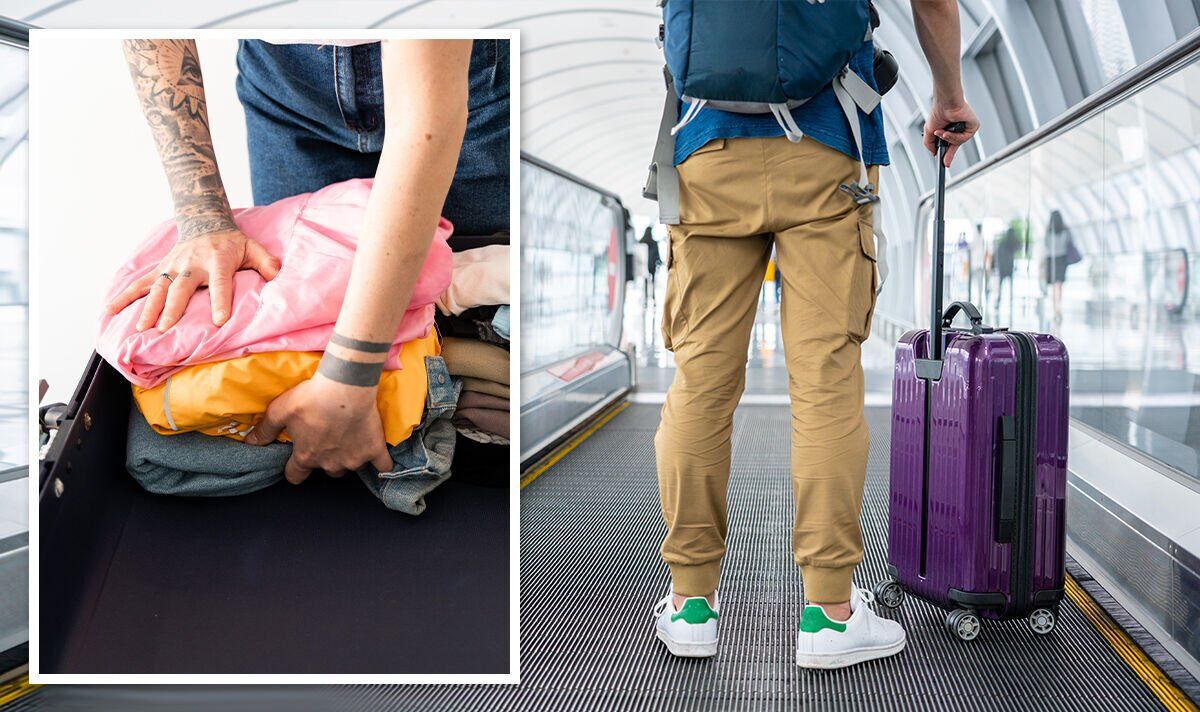 airline luggage restrictions can vary, with some airlines restricting passengers to certain weight limits and setting other specific suitcase sizes. For Brits preparing for their next holiday, figuring out how to get everything into their suitcase can be a struggle.

However, a Reddit user has revealed a “folding” method that they claim will allow you to “carry more” and even reduce the chances of getting clothes wrinkled.

The user posted under the name MysteryMeat101 saying that they “stop rolling up” their clothes and start “folding” them instead.

They explained, “I stopped rolling and folding and my clothes are less wrinkled when I arrive and I can carry more in the same space.”

Not only does the hack fit more clothes in your bag, the user also says that packing is much faster.

Speaking in her Netflix TV show, which aired in 2019, she said: “Because I fold my clothes using the KonMari method, I can easily pack the day before I travel quickly – which is usually the case because I travel often.

“This folding technique not only keeps clothes neat and wrinkle-free, but also maximizes space in the suitcase.”

According to the lifestyle guru, packing vertically instead of horizontally saves space.

This means she puts her clothes side by side, soldier style, as opposed to sandwiches horizontally side by side.

Do you have any space-saving packing tips? Share them in the comments below.

How to do the folding method?

To do the “fold” method, the Reddit user said you have to fold your clothes into a “pile” of sorts.

They explained, “I put the first item on the bed or the floor.

“Then I put the next item on it rotated 90 degrees.

“I keep turning 90 degrees and layering until I have everything in a pile.

“I end up with my underwear and socks on top in the middle.

“Then I fold all four corners and put it in my suitcase.”

Britons stranded in Europe after hundreds of canceled flights