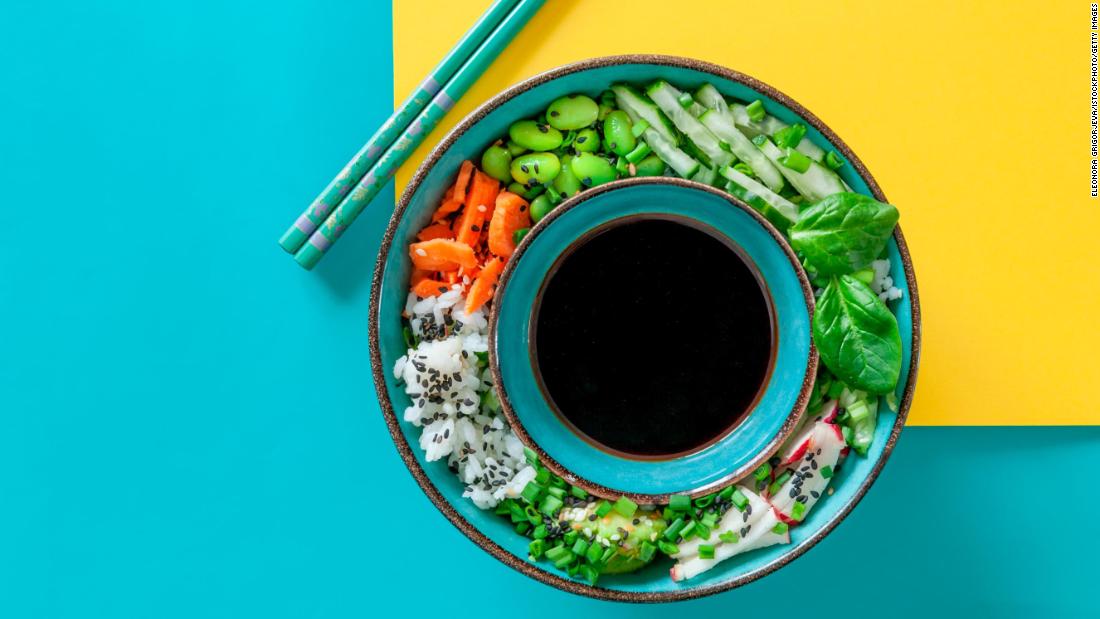 Soy sauce: A beginner’s guide to one of the world’s favorite ingredients

From Cantonese chow mein and Thai pad see ew to Japanese nigiri sushi, many of the dishes we know and love just wouldn’t taste the same without soy sauce.

But not all bottles of this essential dark, savory condiment are created equal, with a huge variety of flavors and brands available — some of higher quality than others.

Though soy sauce is produced in factories around the world these days, the majority of the soy sauces on supermarket shelves are either Chinese or Japanese in origin and mainly consist of soybeans, salt, water and wheat flour (or whole wheat, for some).

The blue and yellow labeled Koon Chun, one of the oldest artisan soy sauce companies in Hong Kong, is often found among them.

Daniel Chan is the fourth generation co-owner of the Koon Chun Sauce Factory, located in Yuen Long, in Hong Kong’s New Territories. (The company is now managed by the Chan and Tam families.)

He says he didn’t even consider taking over the family business until receiving a request from his grandfather, about seven years ago.

“(Growing up) I knew my family had a soy sauce factory but I was never told that I would be taking over. So I didn’t know much about soy sauce when I did,” says Chan.

Soy sauce is a key ingredient in countless noodle dishes.

A lot has changed since then. With a background in anthropology and a love for academic research, he immersed himself in the world of soy sauce and is now considered one of the most knowledgeable experts in Hong Kong.

In addition to conserving his family legacy, he wants to “preserve and pass on the unique heritage” of soy sauce making.

While there’s much debate surrounding the origins of soy sauce and who invented it, Chan, having worked with professors and scholars to research the topic — says that it wasn’t until about six centuries ago that there were obvious mentions of this savory liquid in Chinese literature.

“And it wasn’t until the early 1900s that soy sauce became a staple commodity for East Asian families,” says Chan.

“It was because soybeans were an important military resource in ancient times and most soybean production was limited in Manchuria (the northeastern part of China),” Chan passionately explains.

Every soy sauce maker has a slightly different recipe and brewing process, but most traditional versions take three to six months to make.

Soybeans are sorted, boiled and mixed with microbiological cultures and flour. They’re then left to ferment in a temperature and humidity-controlled room.

Founded in 1926, Koon Chun still follows this traditional practice for the most part, producing soy sauce that is free from added chemicals and preservatives — but it has introduced new technologies and techniques from around the world.

“The use of a culture to aid the fermentation process is something we learned from Japan,” says Chan.

“In the past, soy sauce makers could just rely on natural weather and humidity to ferment the beans and hope some natural mold culture will be developed. That’s why they could only brew one batch of soy sauce per year in the past.

The fermented soybeans are then placed in a tank together with a mixture of salt and water, which is exposed to the sun for two to three months as part of the second step in the fermentation process.

After that, the fragrant, brown-hued liquid is extracted and transferred to another tank to sunbathe for another three months before it’s ready for bottling.

Give the bottle a shake

While some factories refill the emptied soybean tanks with more water to extract more soy sauce, artisanal producers avoid doing this to give their soy sauce maximum umami flavor.

“You can imagine how little soy flavor will be left after the second extraction, right?” says Chan.

The remaining soybeans from the tanks will then be used to make products like hoisin sauce and soy paste.

The soy sauce extracted from the first round of fermentation is called “first extraction soy sauce” (tauh chau in Cantonese), or premium soy sauce.

But here’s where things get tricky. Bottle labels often don’t mention when a soy sauce is the product of a second or third extraction process.

One way to tell is by looking at the ingredient list. Specifically, the level of soy content. A lower level of soy means it’s the product of a later extraction.

“Another way to tell how much real soybean a soy sauce has is by shaking the bottle,” Chan adds. “Of course, do it only when the supermarket staff look away.”

If the soy sauce forms a layer of dense foam that lasts for a few minutes, it means that it has substantial soybean content, he says.

If a Chinese recipe calls for soy sauce but doesn’t specify which style, it’s generally best to use light soy sauce (saang chau) — the soy sauce made from the process described above.

Seung wong is another type of light soy sauce.

Instead of using saltwater, producers add already produced soy sauce to fermented soybeans during the sunbathing process to double the flavor — that’s why it is sometimes called double fermentation soy sauce.

The process to make soy sauce is long and requires multiple steps.

Despite having a darker appearance and a longer brewing time, Chinese dark soy sauce (louh chau) isn’t saltier. In fact, thanks to additives like molasses, dark soy sauce has a slightly sweet taste to it.

It is mostly used for “coloring” a dish — for instance, it makes your stir-fried noodles look browner.

Also, be aware that each brand may have their own way of describing the different types of light and dark soy sauces.

Koon Chun, for instance, refers to them as “thin soy sauce” and “black soy sauce.”

What about Japanese soy sauce?

Kikkoman is one of the world’s most popular soy sauce brands.

To complicate things further, the flavor profiles of light and dark soy sauce don’t apply to Japanese soy sauce, or shoyu. (The most famous brand of Japanese shoyu is Kikkoman, which was founded in 1917 and has production plants and offices all over the world.)

In the world of Japanese soy sauces, dark soy sauce (koikuchi) is saltier and richer. It’s the most common type of soy sauce in Japan.

Light soy sauce (usukuchi) is milder and lighter. Perfect for a lighter dish like tamagoyaki (a type of Japanese omelet).

“Japanese soy sauce is generally a good dipping soy sauce as they use whole wheat in their soy sauce, which gives it a low alcohol level (around ABV 1-3%) and a sweeter taste. So it is easier on the tongue when consumed directly,” says Chan.

When it comes to dipping sashimi and sushi, most prefer using tamari shoyu and saishikomi shoyu, which have a stronger taste and thicker texture.

Tamari resembles the most traditional kind of shoyu in Japan but no wheat is used in the production process.

Sashikomi, on the other hand, is brewed after removing the brine water after the first fermentation. It is sweeter than the other types of Japanese soy sauce.

Once you’ve got the basics down, it’s time to venture into the world of flavored soy sauces. These are brewed with additional ingredients, such as mushrooms and shrimp, to boost the product’s flavor.

Want to go deeper? Sample some of the soy sauces produced by other countries in the region, including Thailand, the Philippines, Indonesia and South Korea, all of which have their own distinct flavor profiles.

Chan also recommends experimenting by mixing light soy sauce, dark soy sauce and other ingredients like sugar to create your own signature flavor.

In 2018, Koon Chun owner Daniel Chan visited Reunion Island to find out why is family’s sauces were so popular there.

Today, soy sauce can of course be found in home kitchens around the world, with the liquid shedding its image as an “exotic Asian ingredient” in the US shortly after WWII, according to the California-based Soy Info Center.

About half of the soy sauce produced by Koon Chun is destined for North America and Europe.

But owner Chan says there are still times that the popularity of his family’s products overseas surprises him. He describes a 2018 trip to Reunion Island, an overseas French island in Africa with a population of about 800,000, as particularly “surreal.”

“La Reunion has always been a big importing country of our sauces — importing 30 to 40 containers of sauces each year. So I made it a stop on my business trip to find out why a faraway volcano island in Africa bought so many of our sauces,” Chan says.

As he entered a local bakery, he spotted two rice cookers on the counter, which contained some Chinese siu mai.

“And many of the (people selling them) have been supporting Koon Chun’s sauces for decades,” he says.

“I met a store owner who screamed in excitement as I introduced myself. She said she had never imagined she would meet the owner of the sauce.”

Tags: Soy sauce: A guide to one of the world's favorite ingredients - CNNtravel
ShareTweet