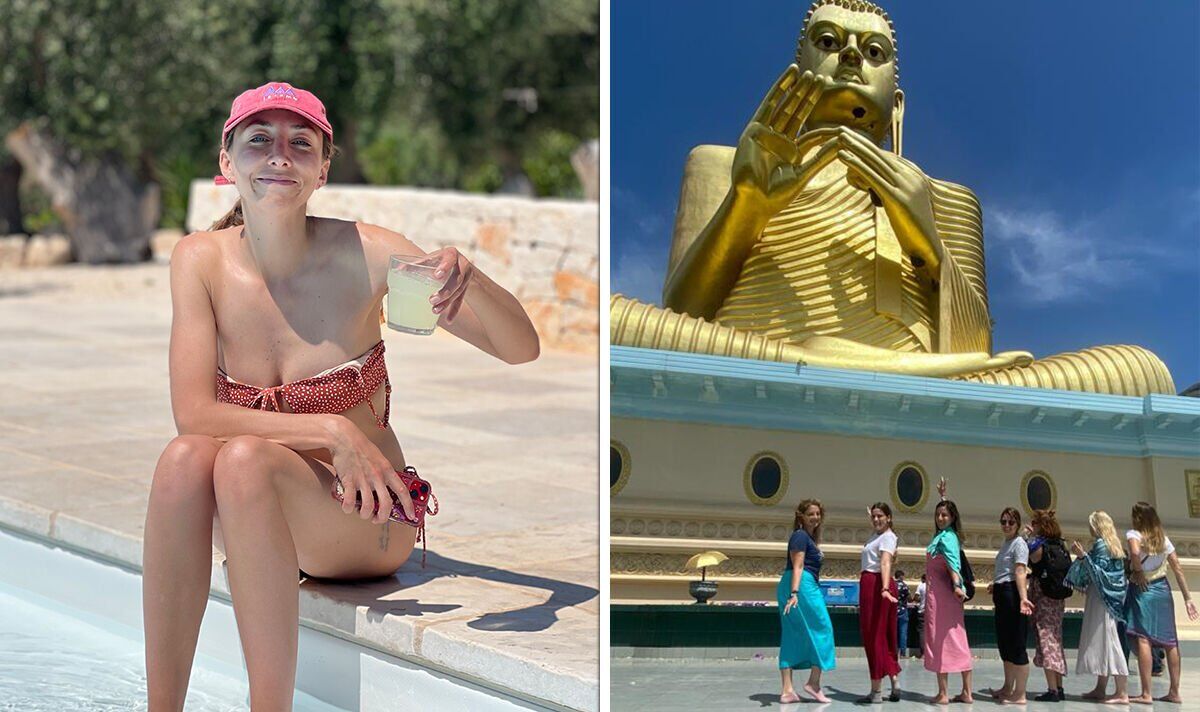 Traveling alone as a woman can be scary, but it’s also incredibly powerful, according to those who’ve dared it. express.co.uk spoke to two women, Maria Riesco and Jess Bevan, who decided to travel alone this year for various reasons. For both of them it was one of the best things they’d ever done.

After breaking up with her boyfriend at the beginning of the year, Maria decided to try something she’d never done before: traveling alone.

She chose to travel to Sri Lanka through WeRoad, an organization that brings strangers together to travel.

Maria told Express.co.uk: “My life has changed a lot this year – I decided to make a career move and not long after my long-term boyfriend broke up.

“With free vacation from my previous job I had a lot of free time and needed some distraction, so I thought it was the perfect time to travel and after the breakup I really wanted to try something new.”

READ MORE: The flight attendant’s ‘travel essentials’ she always packs in her carry-on – ‘so handy’

Maria has always wanted to go to Sri Lanka and the tour took her from the bustling streets of the capital Columbo to the sandy beaches of the south coast.

However, Maria explained that she had a “weird mix of fear and excitement before leaving”.

“I was definitely most nervous about the solo aspect,” she said.

“Even though I knew there would be other people in the same situation as me, I was concerned about making connections and after going through a breakup I felt less like myself and definitely felt some classic post-breakup anxiety. “

But Maria quickly became friends with the group she was traveling with.

“Booking a group tour aimed at individual travelers meant that everyone was super like-minded and we clicked right away,” she explains.

“By the time we chatted at the welcome dinner, it felt like we’d known each other for years.”

In 2019, Jess decided to go to Mexico alone, where she met Sarah, now one of her best friends.

“I decided to travel for a month in Mexico, I booked some hostels and researched where I could go, but to be honest I just wanted to see how I felt when I was there,” Jess explained.

“In hindsight, I probably should have been a little more thorough with my research and planning.

“My favorite place was by far Puebla and the food was incredible. Merisa was absolutely beautiful too.”

As a woman who travels alone, Jess made sure to pack the essentials that would keep her safe and comfortable.

She recommended: “Pack security locks for all your luggage and enough padlocks for hostels as these are not provided.

“I heard a horror story of a girl in a hostel who had everything stolen from her and she was left with only the money she was carrying and with no passport. It’s always better to be safe than sorry.”

Other pieces of advice from Jess included “look at hostel reviews and always have a plan B.”

She added: “Before traveling I didn’t know how much there is to do and see in the world. My mind is really open now and it’s safe to say I’ve caught the travel bug.”

'Avoid getting into trouble' Six popular souvenirs 'banned' from luggage