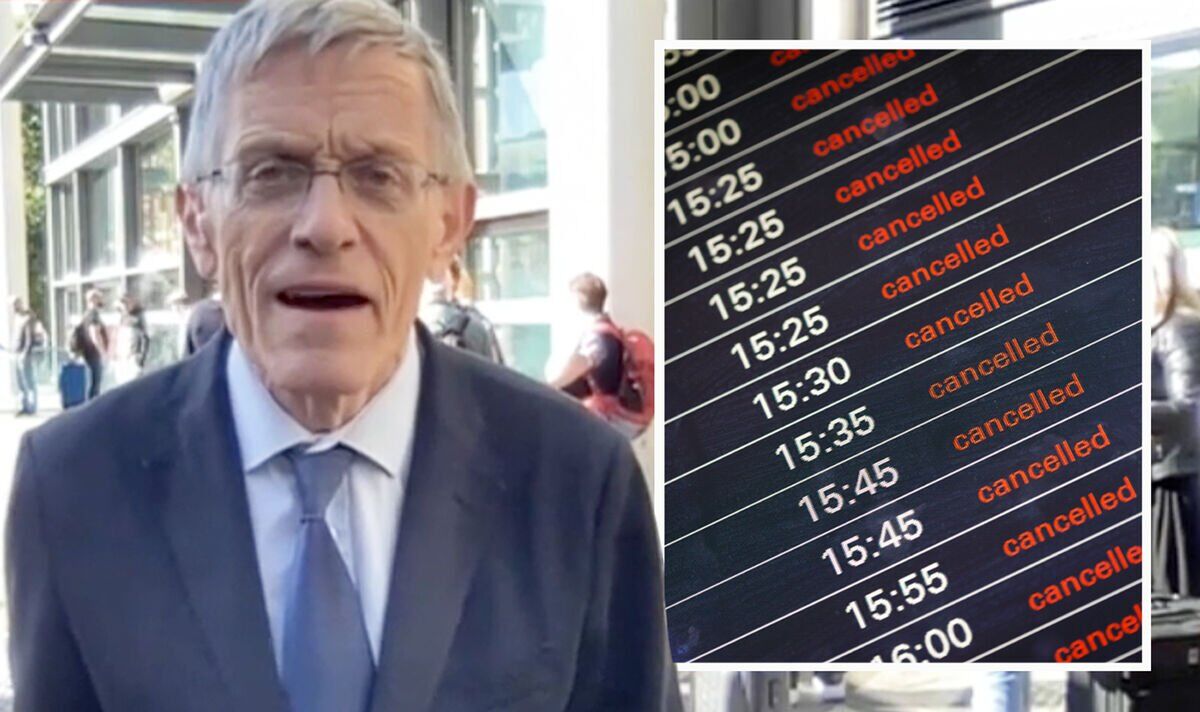 The semi-annual vacations are supposed to be relaxing, but can even cause stress for families whose flights have been canceled. Simon Calder told the BBC what travelers can do if they find themselves in this position.

BBC Breakfast presenter Charlie Stayt asked: “If you’re one of those people whose flights have been cancelled, just get on with their rights.”

Simon explained: “When you get the cancellation notice from the airline it says ‘sorry, we canceled your flight, here’s what you can do, you can get a refund’ – for most people they want their holiday, not a refund .

“Or you can rebook – they say you go through to the app or website. Of course that’s just going to deliver EasyJet flights.”

“I spoke to someone whose flight to Madeira was canceled and they rebooked for Monday because it was the only one,” the presenter said.

“No, that’s not right,” says the travel expert.

“The airline that cancels a flight has to take you to your destination on the day you are supposed to get there.

“If that means paying hundreds of pounds for a flight with British Airways, Ryanair or Jet2, then they should.

“It’s the law,” Simon said. “So you can rebook with other airlines.

“The other thing that airlines often forget to remind you is that if they cancel a flight with less than two weeks’ notice, they have to pay you compensation.

This means that semi-annual vacationers are not left out.

“Very busy, and especially a lot of cancellations.

“Easyjet now has 28 cancellations, two and from Gatwick they have decided to preemptively cancel 240 flights between now and Monday week simply because they got so many cancellations on the day.

“So that’s why people were told, ‘If we go to Seville, go to Marrakesh, those flights have all been cancelled, and I’m afraid we’ll have more cancellations today; Porto in Portugal and Milan have just been removed from the schedules.

“Not just EasyJet, TUI just canceled the flight to Menorca from Gatwick and said ‘sorry your holiday is off.’”

Testing positive and using the 'back door' to enter the US