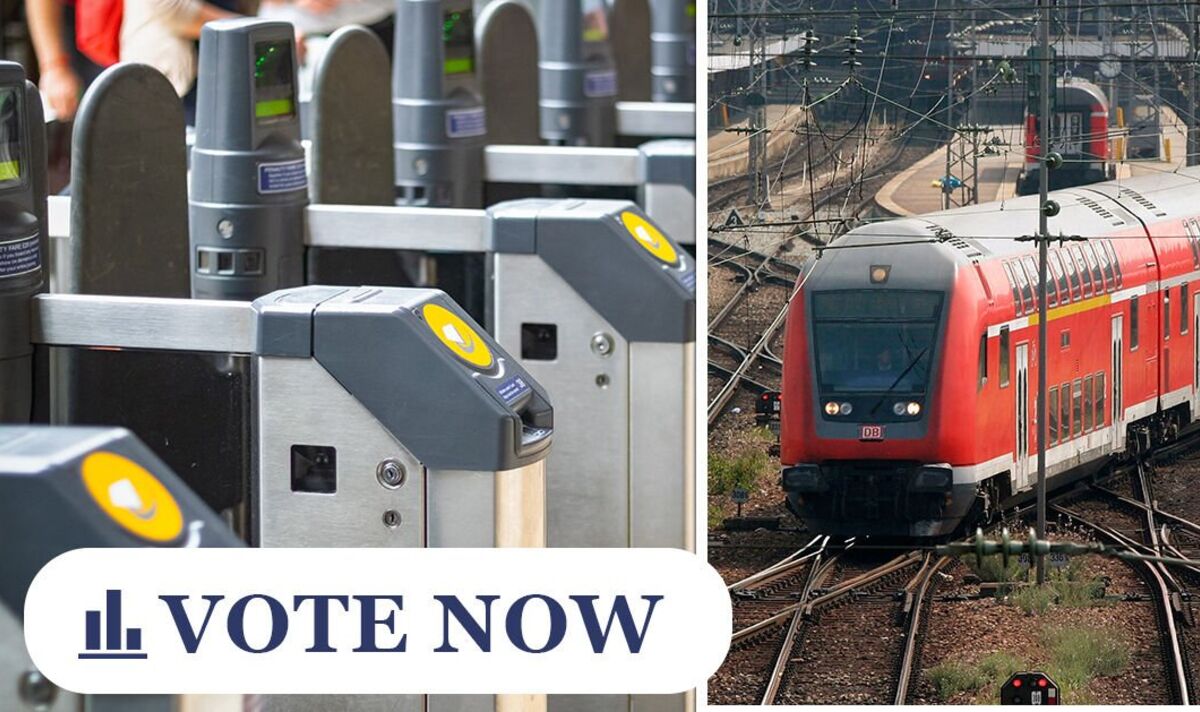 Should the UK follow Germany with a cheap unlimited travel pass? POLL

Germany is launching a new rail travel program that gives you unlimited train, tram and bus travel anywhere in the country for €49 (£43) a month. Should the UK follow suit and introduce a similar low-cost national travel pass? Vote in our poll.

The Nationwide Transport Pass costs the equivalent of just £1.40 a day and could be introduced as early as January 1 next year.

The German Embassy in London announced news of “the digital Deutschland ticket” on Twitter on November 3. They said the unlimited travel pass would be available next year, but later added: “The Association of German Transport Companies has warned that it may not be possible to roll out this ticket from January. Everyone is aiming to get the ticket around as soon as possible to have.”

The scheme aims to reduce carbon emissions and help people manage the cost of living crisis. It is available to everyone regardless of nationality and no pre-booking is required.

The calendar month ticket covers all trains except the fastest trains, U-Bahn and S-Bahn networks in the cities, but also includes trams, most buses and ferries on the River Elbe in Hamburg. Despite not being valid on intercity express, travel across the country is possible on slower regional express trains.

The new scheme sees a 444 percent price increase over the summer rate, but despite the increase, it’s still seen by many as a good deal. Terry Reintke, Co-President of the Greens in the European Parliament tweeted last month: “€49 is not €9, but still a nice step forward towards affordable, climate-friendly and social mobility.”

After meeting with his counterparts from Germany’s 16 states last month, Transport Minister Volker Wissing said: “With the nine-euro note, we have shown that simplicity is better”. He announced that the new ticket would not be printed and could be purchased monthly or as a continuous pass.

The federal government has reportedly offered to subsidize the pass by €1.5bn (£1.3bn) annually in addition to state funding.

In July, referring to the summer scheme, Labor MP for East Leeds Richard Burgon said on Twitter: “In Germany you can now get a travel card for local and regional trains for nine euros a month… Let’s fight for this!”

So what do YOU ​​think? Should the UK follow Germany in introducing cheap unlimited rail travel? Vote in our poll and leave your thoughts in the comment section below.