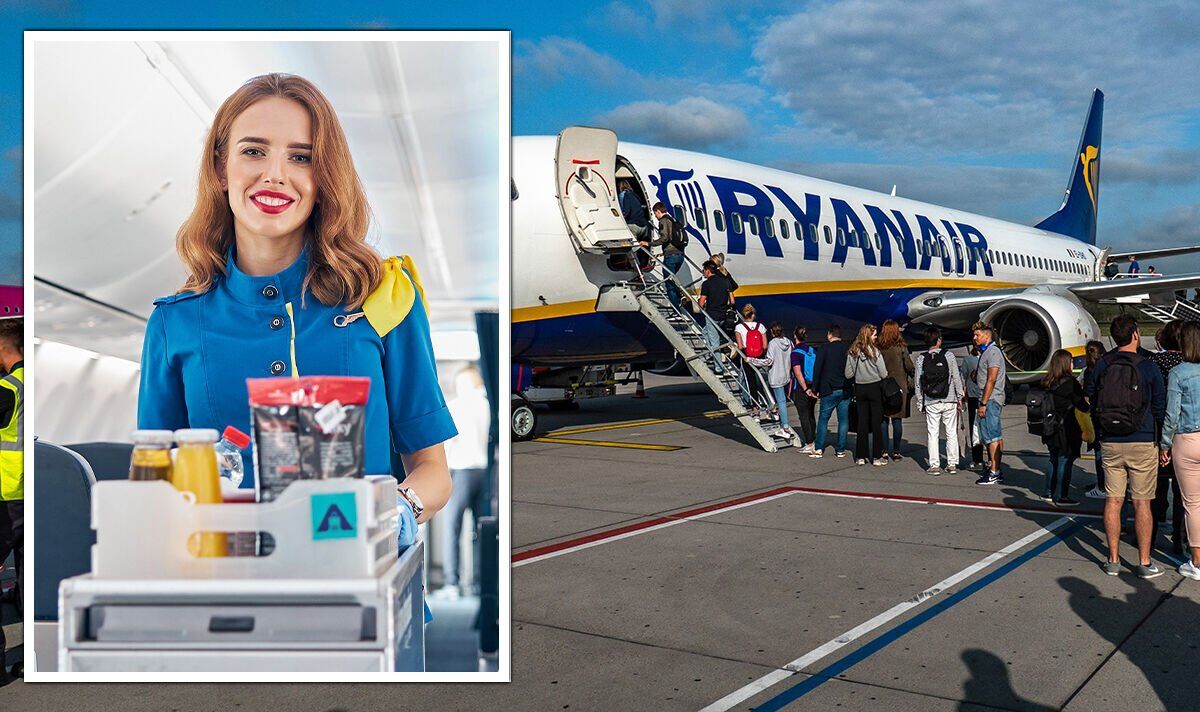 He explained “at Ryanair, everything on the plane is there for a reason and everything has a marketing purpose”.

The former crew member claimed that “they play with psychology a lot,” starting with the company’s colors: blue and yellow.

The flight attendant explained that they chose those colors for a specific reason: “Blue is supposed to be a calming color, and yellow, according to experts, is the one that makes you hungry and makes you want to buy food.

“That’s why they chose yellow for the interior of the plane. Basically, they want people to be relaxed and hungry.”

READ MORE: Brits must use ’empty lip balm’ to avoid being robbed on holiday

He claimed that all these things were explained to the crew during training.

“A big part of Ryanair’s training has to do with sales and marketing and they explained all these tricks to us,” he said.

The former flight attendant also revealed why the airline makes so many in-flight announcements over the intercom, unlike other airlines who try to keep public announcements to a minimum so as not to disrupt the peace of the passengers.

He explained: “Apparently, humans perceive 70 percent of the information around them through visual perception and 30 is auditory perception.

“During training, they told us it’s very important to make eye contact when handing the menus because it’s a way to push people and make them more likely to grab one. [menu] if you look directly at it.

“As we go through the cabin to collect the trash, for example if someone hands you an empty beer, you would make eye contact and ask ‘Do you want another?’ or “Shall I bring you another one?” and this is something that used to work really well.

Another trick is for the cabin manager to “walk up and down the cabin” with an item for sale, such as Pringles or a KitKat.

The flight attendant revealed: “This is another technique of getting people to buy more because they’ve seen the product, and if you continue with the service trolley, more passengers would order Pringles or KitKats.

“In addition, we always put KitKats, M&Ms etc. in the empty coffee cups for everyone to see and they are more likely to buy something, whereas other airlines usually keep the snacks in the drawers of the trolley.”

Help out! It's been over 2 years and I still don't have a refund