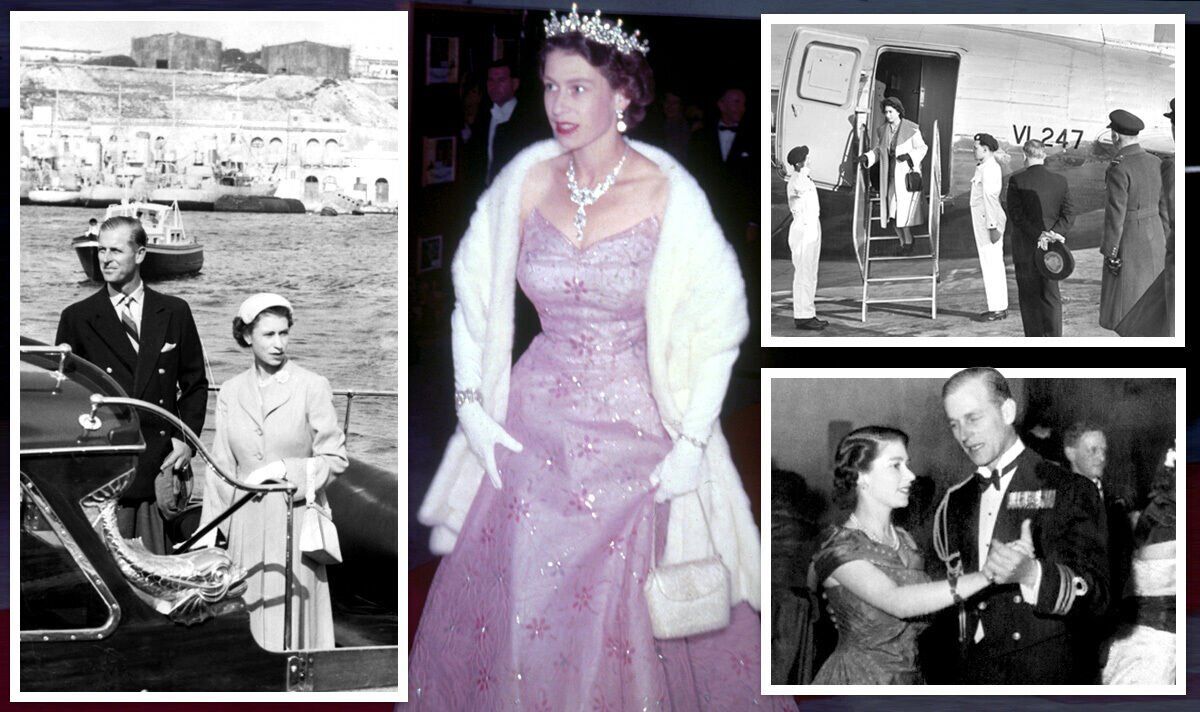 Queen Elizabeth II traveled the world during her reign, both for the UK abroad and for leisure purposes. Yet it was during her early years of marriage to the late Prince Philip where she spent some “magic” years Maltamaking the Mediterranean island a home away from home.

In October 1949, Prince Philip was sent to the British naval base in Malta, where he was promoted to lieutenant commander and put in charge of his first ship HMS Magpie.

At that time, the Queen had not yet come to the throne and was able to join Prince Philip for some time.

This meant she was free to join Charles in Malta and enjoy some relaxation and newfound “freedom”.

In the documentary The Royal House of Windsor, author Phillip Eade said, “For the first time, she was able to do more or less what she wanted.

“She could be like a normal young woman. She could only go to the hairdresser.

“She could drive around the island. She could go to restaurants with her husband, have a picnic, and all the while the Maltese left them alone. “And so Malta represented to her a great sense of freedom.”

One of her longest stays in Malta was 11 weeks.

Lady Pamela Hicks, a close confidante of the Royal Family, once said in an interview with MailOnline: “It was magical days of endless picnics, sunbathing and water skiing.

“The princess really loved Malta because she could lead a normal life, wander around the city and do some shopping.”

She added, “It was the only place where she could live the life of a naval officer’s wife, just like any other woman.”

In it, he describes Queen Elizabeth’s love for twirling on the dance floor.

He wrote: “She dances very divine and always wanted to go to the samba when we danced together and said some really nice things about my dancing.”

Unfortunately, the “magic” days soon came to an end.

As Elizabeth’s father became increasingly ill, she and her husband were forced to return to England to take on important duties.

Philip retired from active naval engagements in July 1951 and left the Royal Navy “on indefinite leave”.