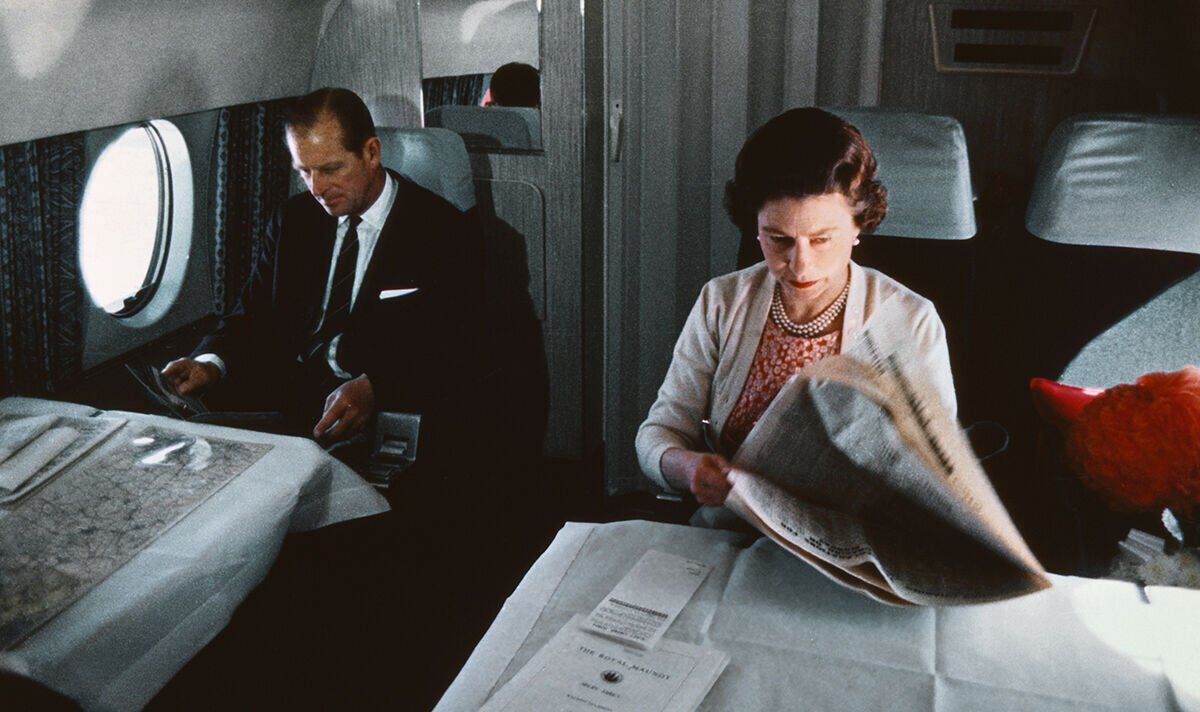 Queen Elizabeth II was no stranger tripon the way to the Commonwealth and travel to far corners of the world to represent the UK. What is particularly impressive, however, is the number of times her journey has spanned the entire planet during her travels.

Her Royal Highness took on these global missions as part of her role as head of state, meeting world leaders and citizens.

A travel expert calculated the exact number of times these extraordinary journeys have equaled the entire circumference of the world over the years.

As part of the Channel 5 documentary Secrets of the Royal Flight, royal historian Kate Williams says it was travel that “revoluted” the role of the Queen.

“Flight has revolutionized the role of Queen Elizabeth,” she said.

“I calculated it, she’s been around the world 42 times. And that is quite a few air miles.”

Although the Monarch traveled by train, helicopter and car, it was the royal plane that first took her to the skies.

Introduced in the Royal family by Edward VIII, the Royal Plane is said to have flown an estimated 12,000 flights a year in the 1980s.

Having benefited from the airplane all her life, it is thanks to the Royal Family’s airplane that Queen Elizabeth traveled so much from such a young age.

In fact, the Queen is the most traveled head of state in history.

According to the Channel 5 documentary, she landed in 120 countries, thanks to her use of the Royal Plane alongside privately chartered aircraft.

One commercial airline that often served Queen Elizabeth along with her family is British Airways.

It was not uncommon for Her Royal Highness to charter a BA flight for use by the Royal Family and their entourage.

When it came to the Monarch’s travel assistants, there were many.

In fact, normally about 34 people helped Queen Elizabeth on her travels – ranging from hairdressers to doctors.

The Telegraph stated that this includes: “Master of the Home Affairs Department, to oversee catering and logistics, her private secretary and his deputy, one secretary for each of those secretaries, two secretaries for the Duke, two dressers, one hairdresser, a servant, two ladies in waiting, an equerry for military liaison, press officers, eight police bodyguards and the secretary of state and his or her staff.”

Queen Elizabeth even had some beloved snacks and drinks that she would pack for flights too.

Speaking in Secrets of the Royal Flight former royal spokesman Dickie Arbiter added: “The only thing the Queen asks to have, wherever she is, is Malvern Water.

“She likes Malvern water. It’s refreshing and they usually take a lot of it with them.”

It is also reported that she was quite a fan of Fray Bentos’ canned cakes.

“I think it’s such a nice change from all that fancy food that is top-notch!”

The safest country in the world to raise a child