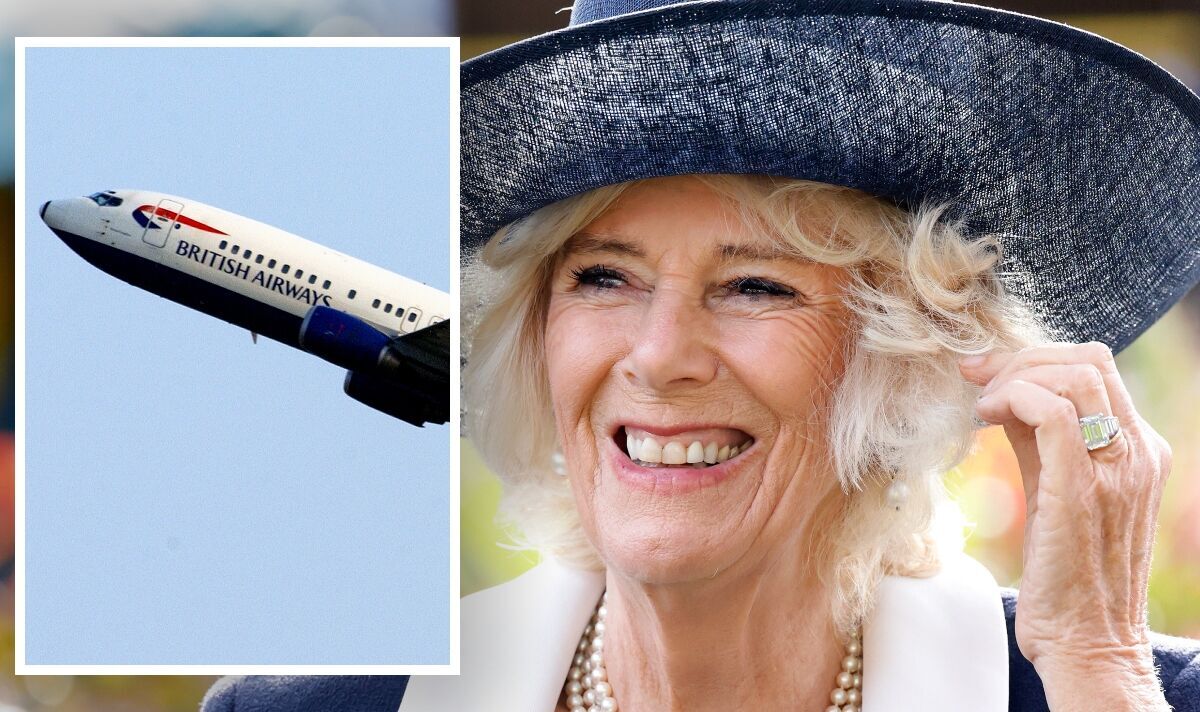 Queen Camilla75, flew to India for a 10-day holistic therapy vacation, according to local news media. Royal fans began to suspect Camilla’s whereabouts when she… wasn’t next to it King Charles during the weekend.

The king visited Queen Elizabeth II’s Sandringham estate for the first time since her death and even went to church with friends.

The reason for Camilla’s absence has now been discovered as the Queen Consort is currently in India at a holistic health center.

The 75-year-old arrived in the country last Thursday and is expected to remain there until later this week.

According to the Times of IndiaCamilla and a few friends are currently staying at Soukya, a holistic health and wellness center near Whitefield, Bengaluru.

READ MORE: Meghan’s ‘happiness is authentic’ as she makes a ‘real’ gesture

According to their website, Soukya “offers a wide range of health programs that help to cleanse, de-stress, calm and revitalize the mind, body and spirit.

“Each guest undergoes a health evaluation by doctors qualified and experienced in their respective system of medicine. Based on a joint assessment of the Ayurvedic tri-dosha (vata, pitta and kapha) and blood reports, the treatment protocol is designed to meet the individual needs of the person. .”

The website adds: “The program is monitored and reviewed on a daily basis, to accommodate any changes to the treatment protocol, if necessary, allowing for a highly individualized treatment program.

“We provide authentic Ayurvedic, Panchakarma, Yoga and Naturopathic treatments and complementary therapies that are prescribed, monitored and reviewed by our physicians and delivered with the assistance of skilled therapists.”

This is not the first time Queen Camilla has visited Soukya. She made her first visit to the center in 2010, when she was still the Duchess of Cornwall.

The publication also reports that the royal family has made eight visits to the center so far and even convinced her husband King Charles to celebrate his 71st birthday there in 2019.

At the time, the couple went for a six-day “rejuvenating treatment,” which involved naturopathy, Ayurvedic, and yoga practices. The entire center was reportedly reserved for the royal couple.

This was reportedly a private visit for the Queen Consort, and this trip is Camilla’s first overseas tour since she took on her new title.

She traveled on a British Airways flight on Thursday and then went almost 25 miles from Kempegowda International Airport to Soukya by road.

Queen Camilla was accompanied by members of Royalty and Specialist Protection, an elite Scotland Yard force.

Police sources said: “There were strict instructions not to make her trip public as it is a private visit. No programs or interactions with the public are planned during her stay.”

According to local reports, Soukya chairman Dr Isaac Mathai has been the holistic physician for Camilla and King Charles for several years.

Soukya staff cited confidentiality clauses to the media and declined to disclose details about the therapies Queen Camilla would undergo.

Camilla isn’t the only member of the royal family to tour in October, as it was recently announced that Kate Middleton and Prince William were doing the same.

Royal Daily Express correspondent Richard Palmer tweeted on 20 October: “The Prince and Princess of Wales are on six-month holiday with their children so it’s quiet on that front.

“But Kensington Palace has just announced that William will attend the annual Tusk Conservation Awards and a forthcoming symposium at Hampton Court on November 1 and 2 respectively.”