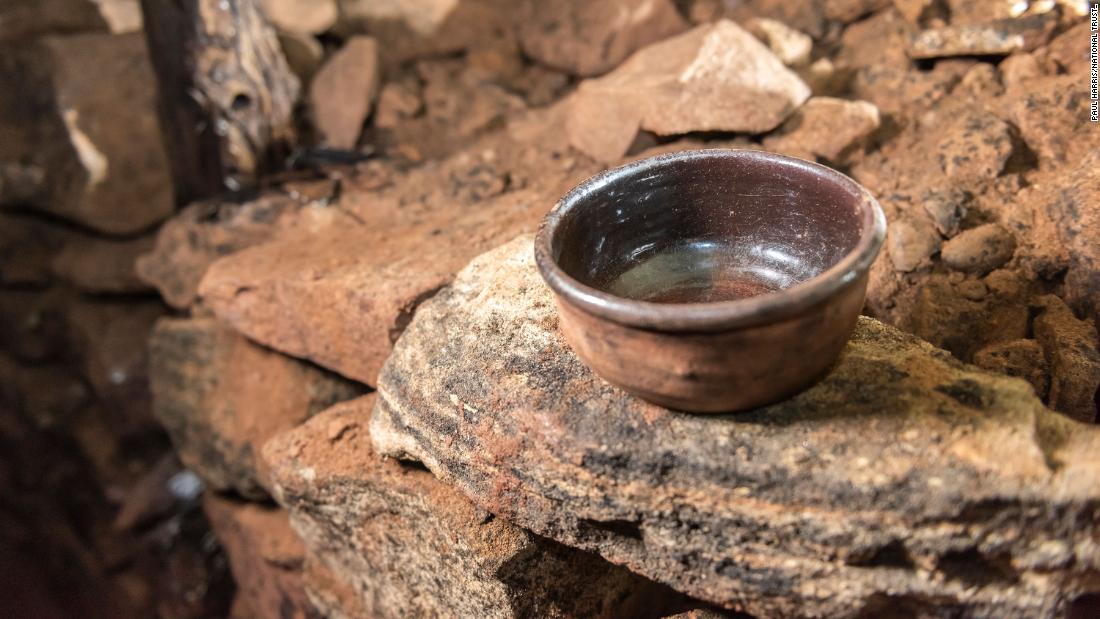 ‘Pristine’ 200-year-old mine discovered, plus personal items left behind by workers

(CNN) — A 200 year old “pristine” cobalt mine was discovered in Cheshire, in the northwest Englandrevealing a treasure trove of personal items left behind by workers.

The mine, which would have been in production during the Napoleonic Wars, was found in the village of Alderley Edge. It is believed to have been abandoned in 1810, according to a press release from Britain’s conservation charity, the National Trust, on Tuesday.

Among the items found were leather shoes, clay pipes, a metal jacket button and mining machines.

Inscriptions written in candle soot were also uncovered, as was a clay bowl that superstitious miners buried in the wall to show their gratitude for a good quality mineral.

Other discoveries include physical prints of miners, such as fingerprints in clay used to carry candles and the indentation of corduroy from a worker’s clothing where they rested against the wall.

Members of the Derbyshire Caving Club made the discovery last fall, the press release said, and specialists have been investigating it ever since.

An anchor windlass covered with a tightly wound rope was one of the items researchers found in the mine.

Ed Coghlan, a member of the Derbyshire Caving Club, said the organization has explored many disused historic mines and made some “important” discoveries, but this latest find is particularly special.

“It’s rare to find a mine in pristine condition along with such personal artifacts and inscriptions,” Coghlan said in the press release.

“It’s a compelling look into the past and the last day the miners shut down their operations.”

This leather shoe belonging to a former quarry worker was unearthed in the mine.

Coghlan added that one of the items left behind was a windlass, which would normally have been removed for reuse in other mines. Investigators say its abandonment suggests workers were ordered to pick up their tools and leave “without much warning.”

The National Trust owns the land, which has been leased to the caving club since the 1970s.

Researchers photographed and cataloged items like this little blue button from a former quarry worker.

Cobalt was used in 19th century England to produce a blue color in glass and pottery. Its extraction in England was short-lived. It was fortified during the Napoleonic Wars from 1803 to 1815 when foreign imports ground to a halt. However, trade resumed soon after the conflicts ended, meaning some mines — such as those at Alderley Edge — were closed, the press release said.