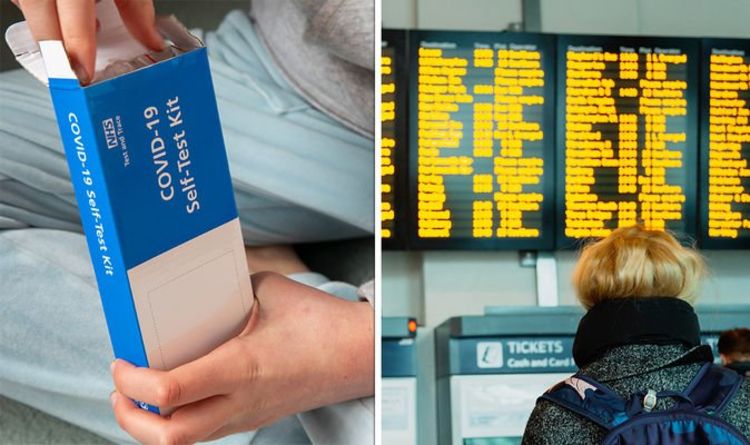 Covid rules for those arriving to England from abroad are being changed from today. The Government has said that a day-two PCR test will no longer be needed for travellers arriving in England. This rule will apply to everyone returning to or visiting England.

In a move that will make it easier for travellers to return to or come to England, the Government is scrapping PCR tests.

From Friday, fully vaccinated people will no longer have to take a pre-departure PCR test before travelling to England.

They will not need to take a day-two PCR test either.

Instead, the Government is changing the rules so that travellers will only need to take a day-two lateral flow test.

Although the scrapping of the pre-departure PCR test will not come into force until Friday, travellers arriving into England will not need to do a day-two PCR test from today, January 9.

They will only need to take the day-two lateral flow test.

The much cheaper lateral flow test could encourage more families and individuals to travel abroad.

The PCR pre-departure test also discouraged many Britons from travelling to other countries for feat of being trapped overseas, according to the Prime Minister Boris Johnson.

The rule changes come after airlines claimed traveller testing was not making much of a difference to Covid cases.

Data last week showed that one in 25 people in England had the virus.

The move is good news for many families across the UK as it will save them hundreds of pounds on tests.

PCR tests on average cost around £80 per traveller.

He added: “Prior to the announcement it was well below, but it has given people the confidence to look for a holiday, that they won’t be caught in resorts quarantining.

Meanwhile, EasyJet said its bookings rose almost 200 percent this week compared to last week, and Tui claimed it had experienced a “strong uptick”.

For EasyJet, flights to Spanish destinations such as Tenerife, Alicante, Malaga, and Lanzarote were the most in demand.

Bookings for Lanzarote were up 427 percent week on week.

Behind the scenes of Hotel Benidorm: Sun, Sea & Sangria - 'we need to be the best'