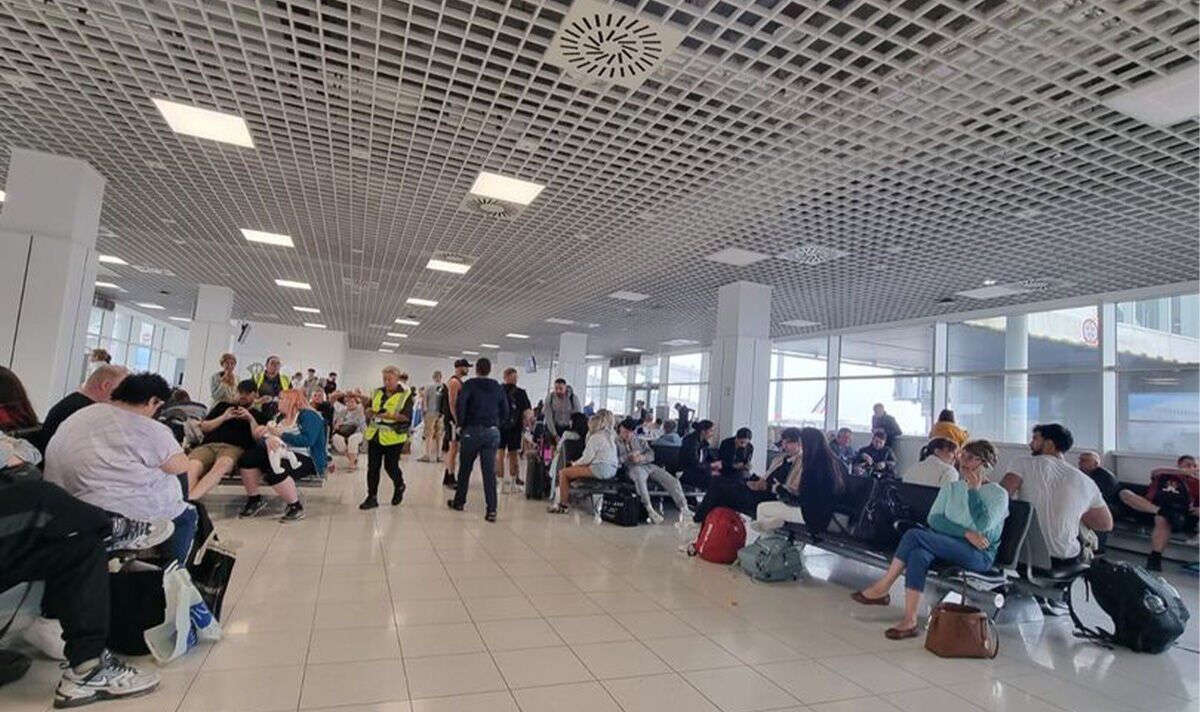 A mother has said delays and complications with a TUI flight to Tenerife have “ruined” their family holiday. Sharon Harvey, 58, and family members ended up flying another airline with a 29-hour delay at Birmingham Airport.

The Tamworth group was scheduled to fly with TUI from Birmingham Airport to Tenerife on September 2, reports Birmingham Live. They were initially called to board about three hours behind schedule.

Sharon said other vacationers were loaded onto a bus to take them to the plane. But just 20 minutes later they were told to go back to the gate – and were told the flight would not depart that day. She said some passengers then started to panic because they weren’t allowed to leave the gate.

“We were essentially stuck and forgotten,” says Sharon, who works as a housing manager. “There were mothers with young babies who couldn’t feed their babies because they were out of formula and disabled people in wheelchairs whose legs were swollen from sitting for so long. People had panic attacks.

“We were actually told we couldn’t leave Gate 53 because we didn’t have security clearance as we had already checked out before departure. We were about a five-hour delay at that point.” She added: “The flight was essentially doomed from the start. There was not a single TUI representative in sight the entire time.”

Sharon claimed passengers were given various reasons for the delay and eventual cancellation of the TOM7548, including technical issues, crew hours and fuel shortages. TUI told BirminghamLive that delays in baggage handling were the cause of the disruption, saying the airline was “keeping customers informed all the time”.

Police were eventually called to the gate after some passengers began to become agitated, Sharon said. Officers then escorted all passengers back through security, where they were told that TUI would accommodate people at a nearby hotel overnight with meals.

Sharon says they were notified that night that a flight had been rescheduled for 10:40am the next day – 29 hours behind schedule. But by then her group, which included her husband, sister and 26-year-old son, had already booked seats on a Ryanair flight that departed earlier that morning.

“It ruined the beginning of our vacation,” Sharon says. “They offered us a £200 voucher which I find a bit insulting.

“We’ve seen reports online where TUI says they’ve kept everyone informed, but that’s just not the case. The only TUI representative we could speak to was at the desk after we finally went back upstairs to get a bus to the hotel.

“The compensation should reflect the emotional stress and also all the money we spent at the airport, including food, our missed transfer in Tenerife and the flight we booked to guarantee we would make it through our holiday. The overall experience was just awful and I would never fly with TUI again.”

A TUI spokesperson said: “We fully understand the frustration of customers due to the journey from Birmingham to Tenerife on September 2. Unfortunately, the delays in baggage handling caused crews to work outside their regulated maximum working hours, causing the flight to be delayed overnight. rose.

“We have kept customers informed throughout and provided accommodation and refreshments. Customers who have traveled on this flight are entitled to EU261 compensation and will also receive a refund for the missed night of their holiday.”

15,000 kilometers by boat, train, car and on foot: highlights of a caffeine-packed journey through Indonesia