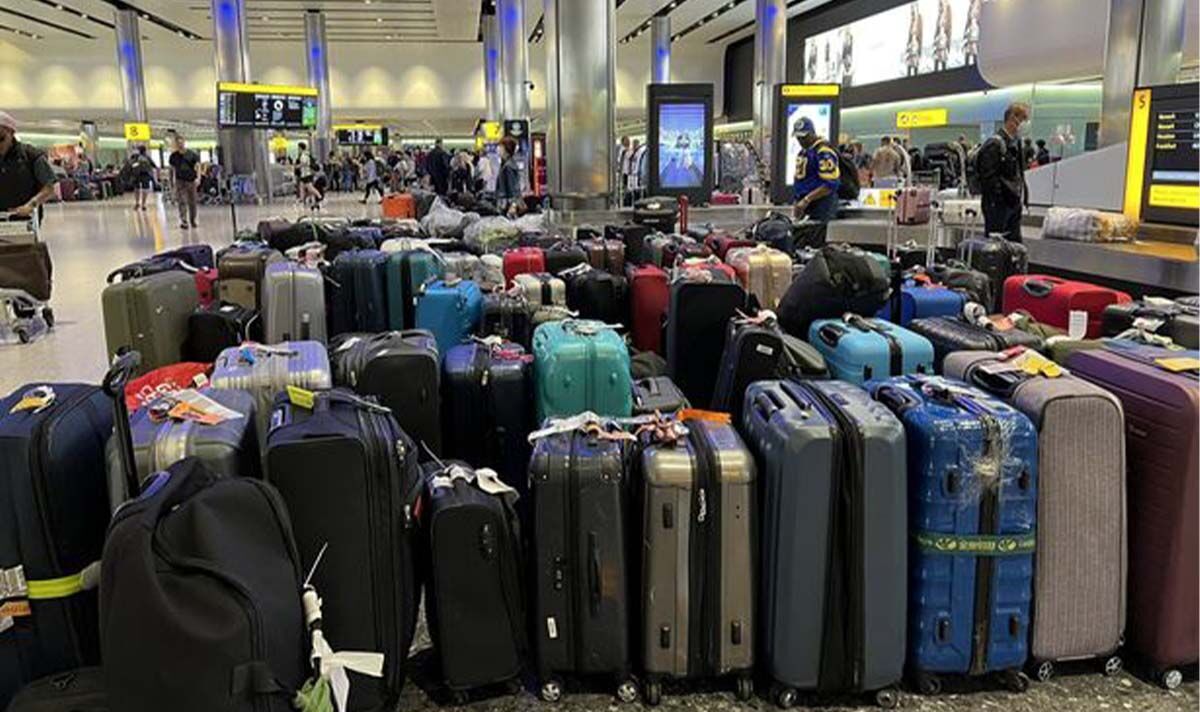 Lori Harito, 35, flew from Toronto to Heathrow last month (June 20) with a stopover in Montreal. However, when she arrived in the UK, she was informed by Air Canada staff that her bag had been lost.

Left unclothed for her journey, Lori said, “When I got to Heathrow, I looked for my bag on the conveyor belt that matched my flight, but it wasn’t there. The majority of the passengers on that flight didn’t get their luggage – it was a mess.”

After being directed to the lost luggage counter on arrival, she said she was first informed that her bag was “somewhere in the airport”, but no one knew where. It turned out that her luggage had been put on the wrong flight to Heathrow when she was transferring in Montreal.

Lori was forced to travel to London with only her clothes on her back and wait for a call from the baggage claim with an update. A week went by and she had heard nothing, prompting her to return to Heathrow and search for the bag herself.

Lori, a fitness and wellness writer, told MyLondon that: “I had to file a lost luggage claim who told me my bag was somewhere in the airport but they didn’t know where. I was told my bag was lost when I arrived so after a week I went back to the airport to look for it myself. There were more people with lost baggage than people with baggage, which just shows the magnitude of the chaos.”

Lori spent three hours searching for her bag in the lost baggage section at Heathrow Airport – wading through huge piles of abandoned suitcases in vain. Air Canada sent her a $60 coupon for her lost luggage, but she says it cost her $75 to check her bag.

Since arriving in the UK, she has had to spend a fortune on clothes and has been told it could be months before her bag is found.

Lori said: “The customer service people at the baggage terminal told me that they have to process and deliver thousands of bags. I still don’t have my bag and you can’t even get through to Air Canada customer service.

“When I arrived to look for my bag, I was told that the layover was causing the problem, and my luggage had actually been put on the wrong flight. Most flights from Montreal were canceled or delayed – mine included. So when we got it to Montreal from Toronto, the gate for my flight to London changed but my luggage still went on the flight that was at my original gate.

“It could be months before I’m reunited with my bag and there’s nothing I can do about it.”