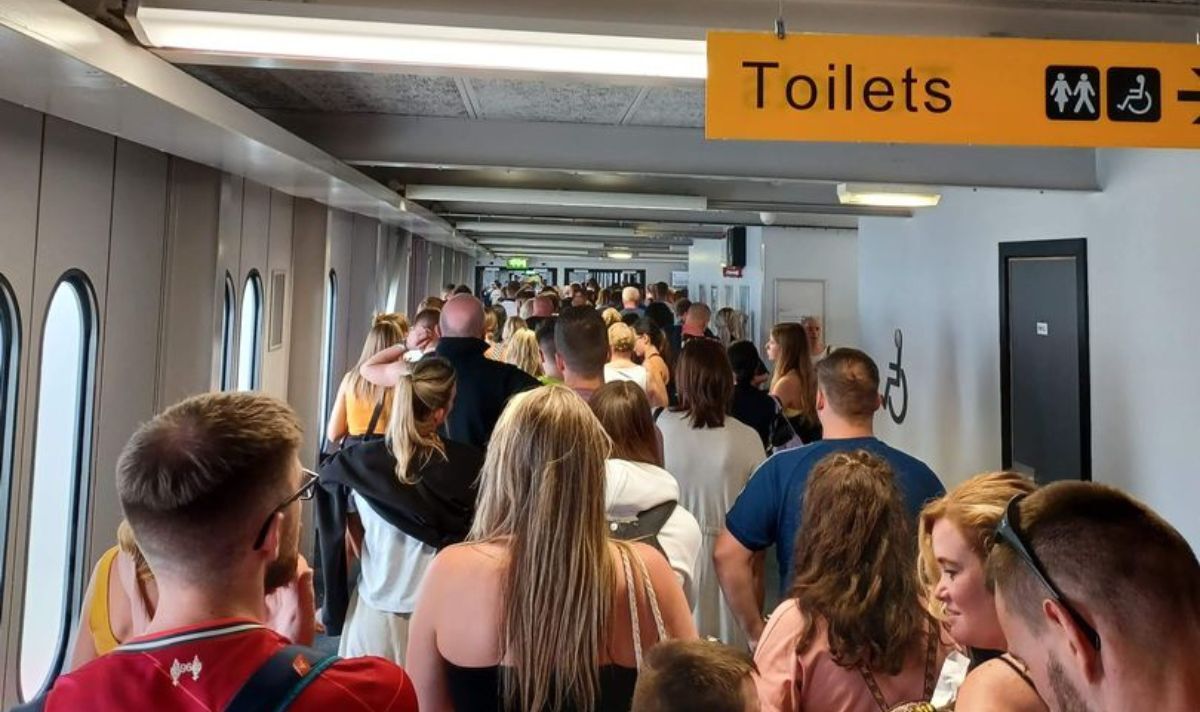 The passenger, who wishes to remain anonymous, returned from Palma on September 4 and landed on Belfast International Airport at 2:30 p.m. However, they did not leave the terminal until 4:05 PM, after being “locked” in queues at passport control.

They said it is “embarrassing” to return home to an airport that “cannot handle the demand”.

They said Belfast Live: “As soon as we got off the plane, the queue was off the tarmac and we didn’t understand what the delay was.

“We tried to get up the stairs and it just got stuck.

“It was just a standstill and utter chaos down each of the corridors to the terminal from the plane.

“The bathrooms were out of order and there were kids screaming, and it was just chaotic.”

After hearing from a staff member that delays were due to a number of flights arriving at the same times, the passenger added that they were not told how long they could wait.

They said it is frustrating to see long waits to get through the airport, and that it dampens the mood after returning from vacation.

They added: “A staff member in the border area said it had been hectic from 1pm.

“What really bothers me is that every time you come back from vacation, you arrive at the international airport and every time it just gets worse and worse, and grimmer and grimmer.

“The last time we were out, it was just our flight arriving and it took 40 minutes for our flight to go through security.

“It’s ridiculous to come back from your vacation and it just makes you miserable. I’ve been to airports all over the world and it’s nothing like this.

“By the time we got through and our bags were collected, it was 4:05 PM.

“We stood in line all the time, not knowing how long we would be, with no one around to let us know how long it would take or how busy it would be.

“The fact that the line barely moved, it was creeping at best. It’s just grim for a major airport and it needs to be addressed.”

Border Force is a law enforcement command within the Home Office that carries out immigration and passport checks for UK airports.

A Border Force spokesperson said all queues were within tolerance limits on Sunday, September 4.

They said they are working closely with port operators, stakeholders and carriers to ensure arriving passengers or traffic are managed in a way to facilitate efficient border flows.

In a statement, they said: “Border Force’s top priority is to maintain a secure border, and we will not compromise on security.

“We are working closely with Belfast International Airport to ensure passengers have the smoothest journey possible.”

5 ways to deal with the post-holiday blues