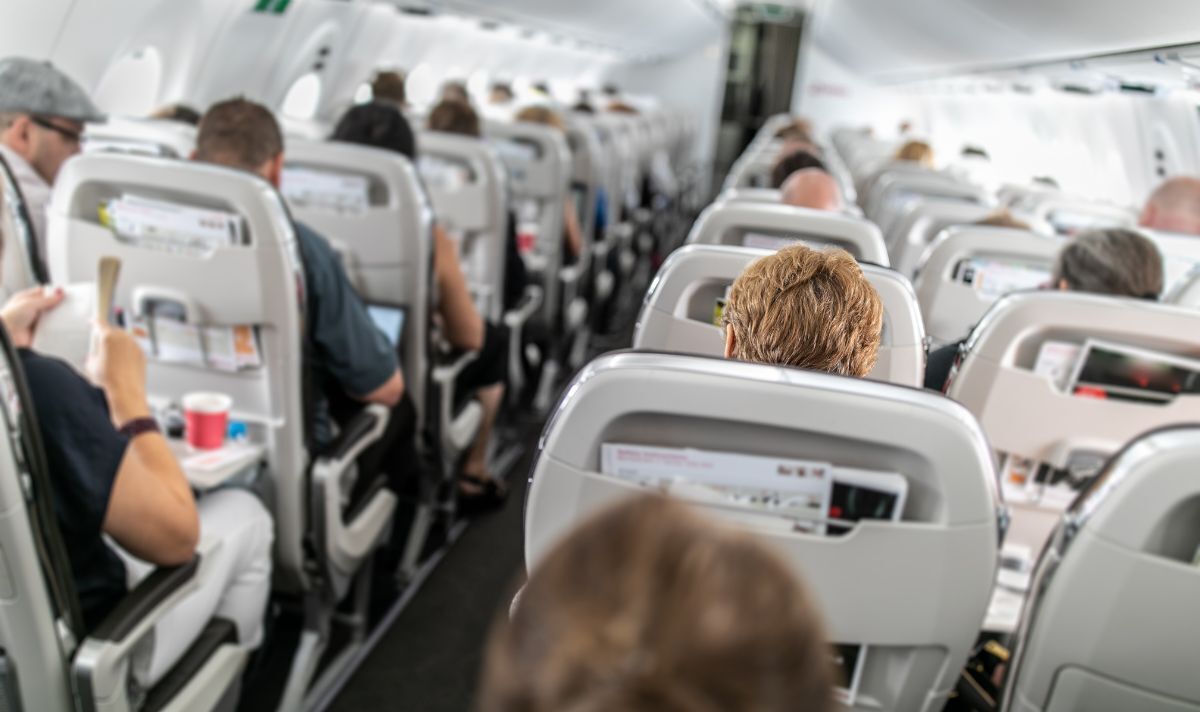 A man who refused to trade his plane seat for a mother and baby has been praised on social media despite criticism from his in-laws.

The man, who was on a 10-hour flight from Europe to Asia, got into an argument with his fellow passengers when he refused to leave his front row.

The man took to Reddit and explained how he had paid more for his seat so he had extra legroom.

So when the wife tried to make him go back a row in front of her husband, he refused, reports De Spiegel.

Bratser22 posted on Reddit: “My wife and I were on a 10-hour flight from Europe to Asia last week.

“We booked our tickets well in advance and also managed to book the specific seats we wanted – two front row seats.

“We paid for these seats because it was going to be a long journey and we wanted extra legroom.

“When we boarded, there was a woman with a baby in the middle seat.

“This woman, before I even had a chance to put my bag in the overhead luggage compartment, asked me, ‘Can I be really cheeky and ask you to switch seats with my husband?’

She then pointed to her husband who was sitting in the second row (only the first row has extra legroom and requires extra payment to reserve the seat).

“She then told me that her husband should be next to her to help with the baby.

“My wife remained silent as I politely but firmly told her that unfortunately I would not be moving because his seat is in the second row, as I had specifically paid for the extra legroom seat.”

The mother then called on a cabin crew member to arrange the seats, but the man still refused to move to accommodate the family.

In the end, the crew member was able to find two other front row seats for the couple to go to, leaving everyone happy with their seats.

The man said: “A flight attendant came and asked me to swap with the husband, and I had to tell him the same thing, which made it quite uncomfortable.

“The woman threw daggers at me for a while afterwards.

“Luckily the flight attendant came back and told me there were two seats available in one of the other front rows and offered to move us.

“We eventually moved there, but for quite some time overheard this lady making animated comments about us to her husband from behind.

“When I mentioned this incident to my in-laws, they said I should have just moved because she had a baby with her – and that turned into another conversation about baby expectations!

“My wife agrees that her poor planning is not our problem and we should have stayed if there were no other front row seats.”

However, many Reddit users were firmly on the man’s side, because while many sympathized with the woman traveling with a baby, they also noted that the man had the right to sit in the seat he paid extra for.

One wrote, “Having a baby doesn’t automatically entitle you to whatever you want, especially since you book in advance and they had ample time to do the same amount of planning as you.”

Another said: “You paid for extra legroom and paid for that seat. You were not obliged to switch.

“If she wanted to sit with her husband, she should have sat next to each other.”

And a third added: “People need to stop asking people to swap seats.

“If you need special accommodation, talk to the airline. It’s their business.

“It is not the responsibility of your fellow travelers to arrange your seats.”