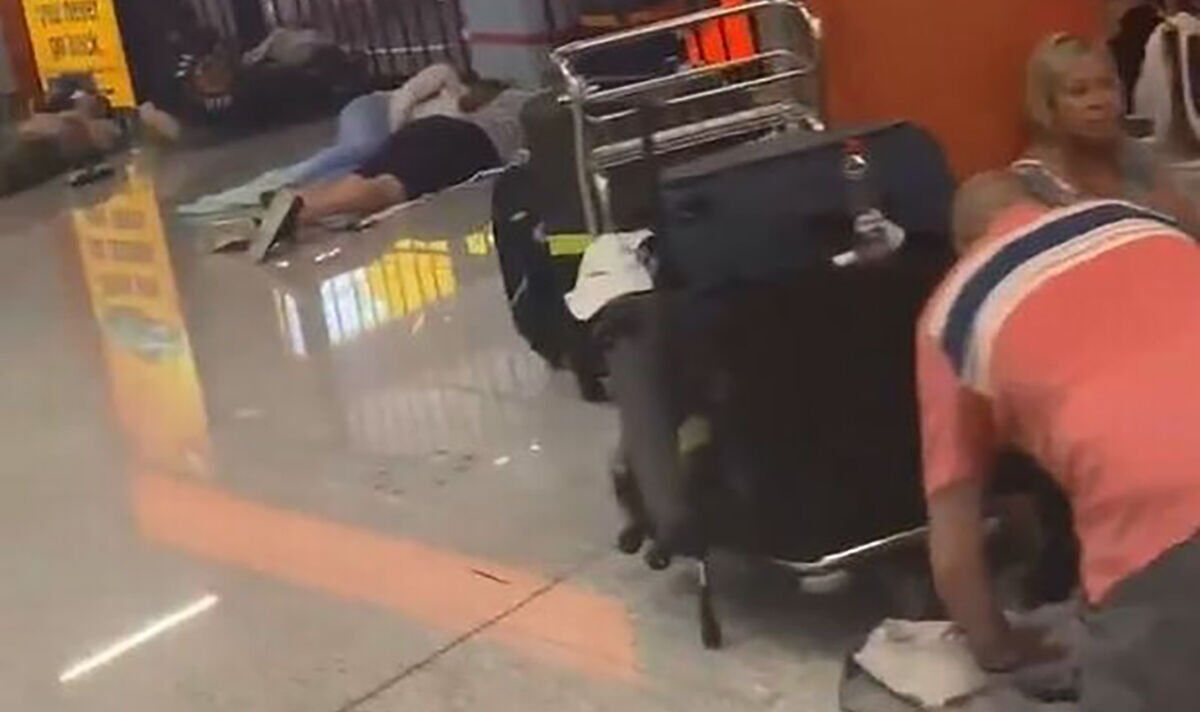 Nyomi Loftus and Megan Sainsbury were due to fly home from Palma, the sunny Spanish island, on Saturday, June 18. However, the friends, who arrived early for their 11:25 PM flight, were delayed and eventually received an update at 3:50 AM.

The friends claim that there was a mix-up with luggage that caused Jet2 to “miss their lock to fly”, reports Manchester Evening News.

Nyomi, of Sale, Greater Manchester, said 70 bottles of water were shared with about 380 passengers before any arrangements were made for hotels.

“The worst part was that they called out the names of 30 to 40 passengers and told them to go to a special place so we could go to an adults-only hotel,” said the 36-year-old.

“We had to pay for the hotel; families with babies were on the floor. The hotel became a family hotel anyway – they could have gone too.

“We were told there was something wrong with the luggage and they had miscounted.

“They had to unload it from a plane before they could move it and then they lost the space to fly because the staff needed rest. No one could get any details from anyone.”

Nyomi and Megan were forced to pay for a taxi to their hotel 40 minutes from the airport, which cost them €65.

The pair then hoped to fly back to Manchester at 11.25pm ​​last night (June 19), but feared the flight would not go ahead as planned.

“There was a little girl sitting next to us at the airport who was sick because she was crying so much,” Nyomi continued.

“People were just walking around trying to find out what was going on. It was a total commotion — it was a bit of a disaster.”

Speaking for their rescheduled flight. Nyomi added: “We are currently on a bus going back to the airport, but we still don’t know what time the flight is and if there is even a confirmed flight.

“First food and drink was provided at the hotel at 7:30 am – eight hours after our flight was due to depart and 11 hours after we arrived at the airport.

“We both start new jobs on Monday. My new job has told me that if I miss my start date tomorrow, I will have to join the next intake, which means I’ll be out of a job for four to five weeks.”

In a statement, a Jet2 spokesperson said: “We would like to once again apologize to customers affected by this delay.

“Our teams have worked tirelessly to look after everyone, but unfortunately there was a shortage of accommodation in Mallorca last night.

“We immediately informed customers via text message that we would reimburse anyone who had to book hotels separately and we made every effort to take care of everyone.

“All remaining customers will be flown home tonight.”

A Herd in Exile: Horseback Riding in Mozambique's Bazaruto Archipelago