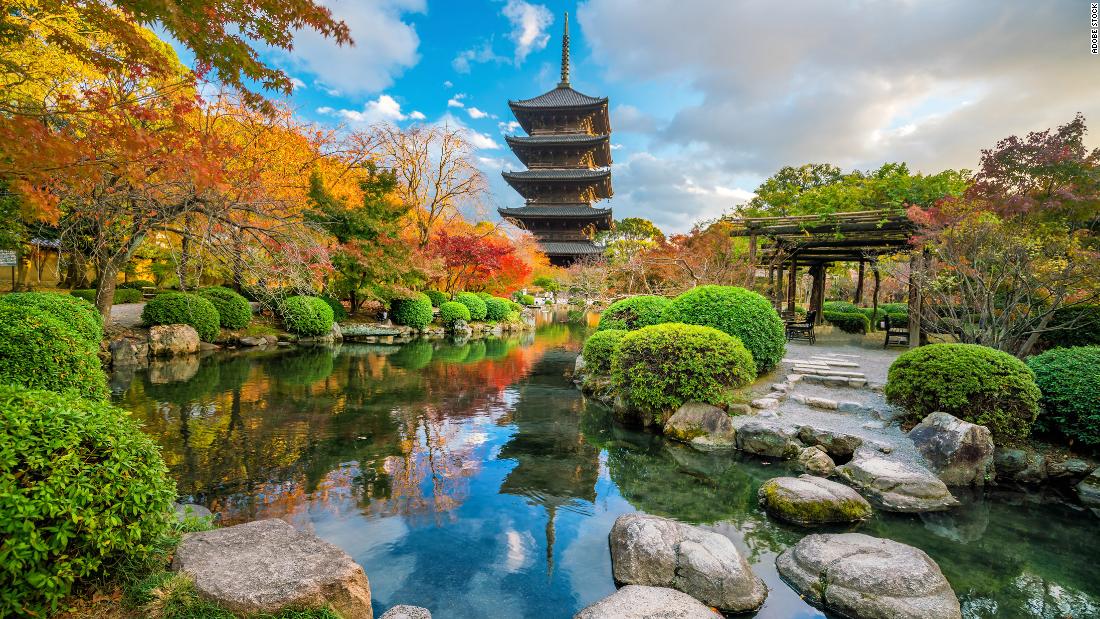 Tokyo (CNN) — The Japan Tourism Agency announced Tuesday, May 17, that it will begin allowing small-group tours in May as part of a “test tourism” trial before the country fully reopens to foreign visitors.

The country’s tourism board added that the trial will enable the government to review health and safety protocols and how to deal with Covid-19 infections among the trial participants, according to a statement released Tuesday by the tourism board of the country. the country.

“This venture allows us to verify compliance and emergency infection prevention measures and formulate guidelines for travel agents and lodging operators to keep in mind,” the statement said.

The trial – which was postponed to the end of 2021 due to increased border control measures against the Omicron variant – is open to triple-vaccinated tourists from Australia, Singapore, Thailand and the United States. The Japan Tourism Agency will plan the trips with travel agents and incoming tour guides will accompany tour groups at all times. Tourists in the tour groups have fixed itineraries.

The government spokesman – who declined to be named as is customary in Japan – added that the government is considering admitting 50 tourists for the trial package tours, but said the number has yet to be determined.

There will be no change to the current testing requirements to enter the country. Visitors must submit a negative Covid test 72 hours before departure and retest on arrival.

Currently, only 10,000 people are allowed to enter Japan per day, but the government is considering increasing that number to 20,000 in June, state broadcaster NHK reported.

This latest decision comes as Japan faces increasing pressure from domestic companies and the international community to reopen the border.

Earlier in May, Japanese Prime Minister Fumio Kishida said Japan would reopen to tourism this year, in line with other G7 countries, but did not provide a timeline on when the borders would open fully.

Japan’s current border access measures allow 10,000 new arrivals per day, but not tourists. For now, citizens, residents, researchers, students, relatives of residents and business travelers can enter with prior permission. Some go into quarantine depending on where they come from.

A record 31.9 million foreign visitors came to Japan in 2019, and the country is set to meet its target of welcoming 40 million tourists by 2020 before the pandemic hit, according to 2022 data released by Japan’s National Tourism Organization. .

Tags: Japan is testing a return to tourism - CNNnews
ShareTweet

Mariposa Hawaii - A Neiman Marcus Restaurant You Must Visit