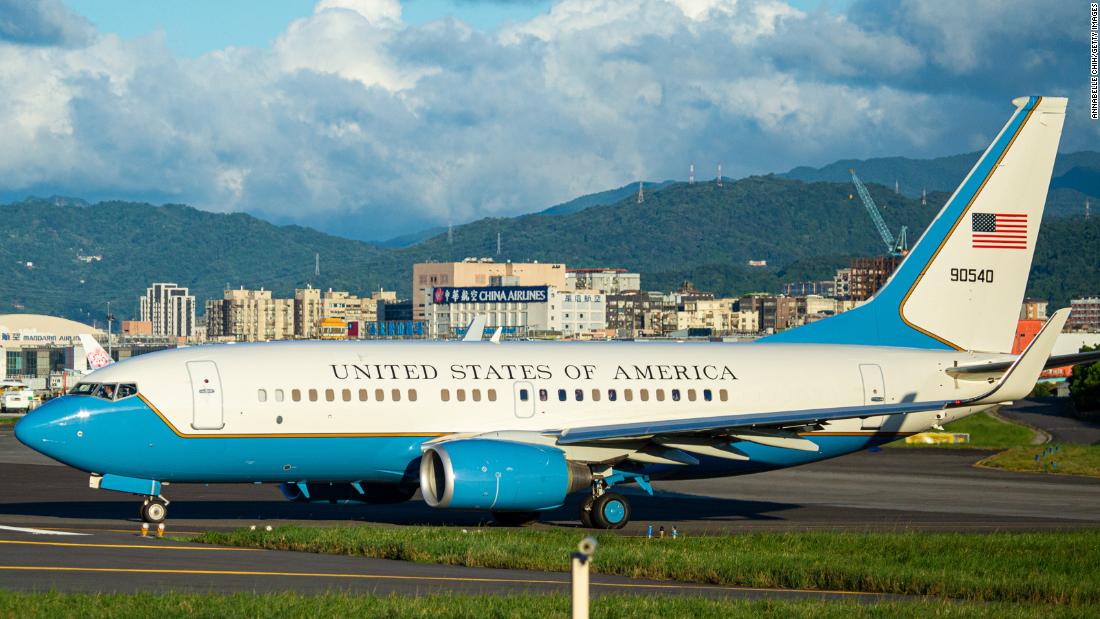 Inside Flightradar24, the website that tracks every plane in the sky

(CNN) — On an average day, more than 200,000 flights take off and land around the world. That includes commercial, cargo and charter aircraft — which make up about half of the total — as well as corporate jets, private jets, helicopters, air ambulances, government and military jets, drones, hot air balloons and gliders.

Most are equipped with a transponder, a device that relays the aircraft’s position and other flight data to air traffic control, and that signal can be picked up with low-cost receivers based on a technology called ADS-B, for Automatic Dependent Surveillance-Broadcast. That’s what flight tracking websites do in a nutshell, providing users with a real-time snapshot of everything that’s in the air (minus a few exceptions).

An ADS-B receiver manufactured by Flightradar24.

The plane, a military version of the Boeing 737 called the C-40, took off from Kuala Lumpur in Malaysia before taking a detour to Taiwan to avoid encounters with the Chinese military, adding hours of flight time. That didn’t immediately make it clear what the final destination would be, leading to online conversations as the plane slowly veered north toward the island. As a result, it was the most tracked flight of all time on Flightradar24, with 2.92 million people tracking at least part of the seven-hour journey.

The website, part of a group of popular flight tracking services along with FlightAware and Plane Finder, was founded in Sweden “completely by accident” in 2006, says FlightRadar24 communications director Ian Petchenik, as a way to route traffic to a flight. price comparator.

It first gained worldwide recognition in 2010, when the eruption of an Icelandic volcano thousands of flights grounded and attracted four million visitors: “That was certainly our first introduction to international events, and how displaying air traffic to the public in real time can affect how people think about world news,” says Petchenik. “The number of visitors we received would have crashed the website, so our saving grace was that there was nothing to see but a hole.”

Before Pelosi’s flight, the record for the most tracked flight on Flightradar24 belonged to Russian opposition leader Alexei Navalny’s return trip to Russia, where he would be incarcerated. The January 2021 flight was followed by 550,000 people, breaking a previous record set in April 2020 when nearly 200,000 users saw a Boeing 777 draw the crescent and star symbols of the Turkish national flag in the sky over Ankara. on the occasion of the 100th anniversary of Turkey. sovereignty.

Before that, in September 2017, thousands had watched a plucky Delta Boeing 737 fly straight into Hurricane Irma to land in Puerto Rico, then take off 40 minutes later for JFK by carefully positioning themselves in the gaps between the arms of the Hurricane.

Outside of major events, however, the number of people tracking flights is constantly increasing: “We see many people using the site to follow a loved one, track their own flight, or find the inbound flight they are going to later in the day. to be there, to make sure the plane is coming,” says Petchenik.

“Another use case is people who are very interested in aviation, or who really want to track certain types of aircraft. They can also go to the airport, pull out the app and see what’s going to happen. Then you have people who are professional are invested in the airline industry, because they own an aircraft and rent it out, or because they have a fleet of aircraft and want to keep an eye on it. Finally, there are people who have invested professionally in having a lot of flight data. This is airlines, airports, aircraft manufacturers using large data sets to gain industry insights.”

How data is collected

To collect the data, Flightradar has built its own network of ADS-B receivers, which they now say is the largest in the world at about 34,000 units, even in remote areas like Antarctica.

Flightradar24 has receivers all over the world, including remote locations such as Antarctica.

About a quarter of the receivers are built by Flightradar24 itself, but the majority are assembled by enthusiasts who provide the data on a voluntary basis. Because building a receiver is relatively inexpensive — components cost about $100 in total — many have signed up since Flightradar24 began opening its network to the public in 2009.

A dense array of receivers is essential to track flights worldwide, but there is an obvious problem with oceans, where the network is becoming scarce. So how do you get coverage over open water?

“By finding islands where we can and making sure we have recipients there,” Petchenik says. “But recently we switched to satellite-based ADS-B receivers to better track aircraft over the ocean. However, the main source of data is still our own terrestrial network.”

Having such a granular and localized amount of data can be useful for early insight into emergencies and accidents: “We store everything that comes to our servers and can go back to a specific receiver if necessary and extract the raw data from it. This is usually only done when there has been an accident or if we have a request from an air navigation service provider or an accident investigation agency,” says Petchenik.

Occasionally, the data can reveal the cause of a crash before an official investigation does. In case of Germanwings Flight 9525intentionally flown into a mountain by the co-pilot on March 24, 2015, the data suggested a very clear picture: “One of the parameters that comes across in the most complete set of data, which we received in the case of the Germanwings flight, is “something called MCP ALT — that’s the knob that’s turned to tell the plane’s autopilot what altitude to fly at. Looking at that plane’s data, that altitude value was set to zero.”

However, not all data is available for every aircraft, as it depends on the type of transponders and receivers.

Aircraft owners or operators may also decide to prevent their data from being displayed publicly, usually for military, government, or private aircraft. For example, they can sign up for a program like LADD, for “Limiting Aircraft Data Displayed,” which is maintained by the Federal Aviation Administration: “We’re sticking to that list,” Petchenik says.

“It allows operators to display their data differently, anonymously or, in some cases, not at all. Of the total number of aircraft we track daily, about 3% have some form of regulation for displaying data. “

Tags: Flight radar24the site that tracks every plane in the sky - CNNtrip
ShareTweet