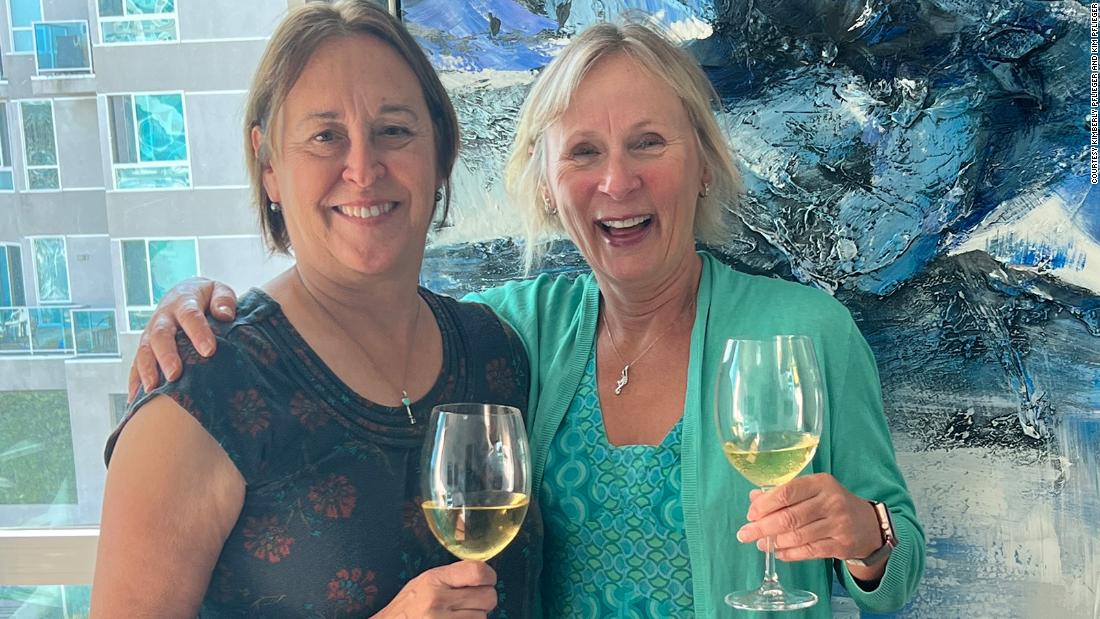 (CNN) — Kim Pflieger grew up in the US and always thought her name was relatively unusual. Sure, Kimberly was pretty mundane, but it was one of those names with multiple spellings available, and she rarely encountered another Pflieger. She thought that her first and last name together were unique.

But with the advent of the internet, Kim became aware of another Kimberly Pflieger.

Whenever Kim created email addresses, she usually had to add a period or dash there, because there were already alternative options. While establishing herself as a producer in the reality TV world and later as a life coach, this other Canadian health professional Kimberly Pflieger often appeared alongside her on Google, Facebook and LinkedIn.

Kim always shortened her name while the other Kimberly didn’t. Otherwise, they’d had the exact same name with the same spelling since childhood and even seemed to be the same age — both in their early sixties.

Curious by nature, Kim was intrigued by the other Kimberly. Pflieger is a German name that Kim learned came from the region of Europe once known as Alsace-Lorraine, which switched back and forth between France and Germany during the 19th and 20th centuries. Kim wondered if the two women had shared ancestry.

In mid-2019, Kim decided to send the other Kimberly a friendly message on LinkedIn, explaining her reasons for reaching out, hoping the stranger wouldn’t find it strange.

Less than an hour later, she received an enthusiastic response from Kimberly.

Canadian Kimberly says she’s also long been aware of and intrigued by her American equivalent, who she knew, thanks to Google, lived a glamorous life on television in Los Angeles.

Kimberly never expected to hear from Kim, but she says she is delighted to receive the message out of the blue that day in 2019.

After some back and forth on LinkedIn, the two women exchanged email addresses. Through lengthy emails, they talked about their respective lives as Kimberly Pflieger.

It soon became apparent that the two Kimberlys not only had the same name, but also the same outlook on life. They were both profound thinkers, naturally eager to learn, social and attached to connection.

“It was so easy and so fast,” says Kim CNN Travel. “Kimberly is so curious, and so present and just so fun and so insanely smart, we clicked so quickly.”

“We had a lot of the same values ​​and morals and things like that. So I think that kind of encouragement started our conversation and created a bigger bond,” Kimberly adds.

The Zoom conversations became a regular part of every woman’s social agenda; they would connect via video call and chat for over an hour about their lives, their politics, their families and their thoughts.

“I found Kim to be a very open, warm person,” Kimberly says. “And I felt comfortable discussing aspects of my life, even though I didn’t really know her.”

As time went on and the conversations grew longer and the topics deepened, the two women began planning a face-to-face meeting. Kimberly and her partner were planning a trip to Los Angeles when March 2020 hit, and the pandemic thwarted the plans.

“Canada closed its borders, so we continued to communicate back and forth through Zoom, getting to know each other and learning about families,” explains Kimberly.

For both women, maintaining this connection was a source of comfort during the next two years of lockdowns and uncertainty.

“Finding someone you really connect with in our lives at this age is really rare for me,” Kim says.

Kim, second from left, with Kimberly and their partners in California this year.

Earlier this year, as the pandemic in North America eased and travel reopened, the two Kimberlys were finally able to meet. Kimberly and her partner Paul flew to California to spend a week exploring with Kim and her husband Troy.

Kim and Kimberly say meeting in person for the first time just felt like reuniting with an old friend, and this easy-going camaraderie extended to their partners as well.

“All four of us said, ‘Oh my god, I feel like we’ve known each other forever and ever,'” Kim says.

The group enjoyed delicious local food and a shared love of fine wine, took a long walk in Malibu and enjoyed lazy evenings by the water.

“Zoom is fun and you can have great intimate conversations, but sharing experiences with someone really deepens the connection,” Kim says.

And the fact that the two Kimberlys shared a name was also all the more apparent when they hung out together, in person. It was the source of much amusement.

“That’s when it really hit me, because now we have partners who call us by name, and I hear my name,” Kim says with a laugh.

The group had a great time hiking and enjoying California together.

Kimberly brought several information and research about her family tree to LA. There was no clear link to Kim’s family, but the two women now plan to have their DNA analyzed. They are still intrigued if there is a link somewhere down the road.

The two women are also planning their next meeting, with Kim and her husband going to visit Kimberly and her partner in Canada this fall, and they hope it will be the next of many vacations together.

Their dream trip would be to Alsace-Moselle, the region of France once known as Alsace-Lorraine, where they believe the name Pflieger originated. They enjoy digging into their family tree together, while also enjoying plenty of fine French wine.

Kim and Kimberly have a lot in common, including a love of fine wine.

When Kim first approached Kimberly, she didn’t expect to find a best friend. The unexpected outcome confirms Kim’s belief in the importance of “being curious, trusting my intuition and being candid.”

Both women also say that their unexpected connection has brought them joy and comfort during a destabilizing period.

“I just thought it was so heartwarming and wonderful that you could connect with someone you didn’t know who lives in another country,” Kimberly says.

And to me, that’s the biggest part of being human — it’s being open and being able to connect, because we all need social connections.”

Top photo courtesy of Kimberly Pflieger and Kim Pflieger. Kimberly is on the left and Kim is on the right.

Bus services canceled across the UK - will your area be affected? Full list of every route that will be cut