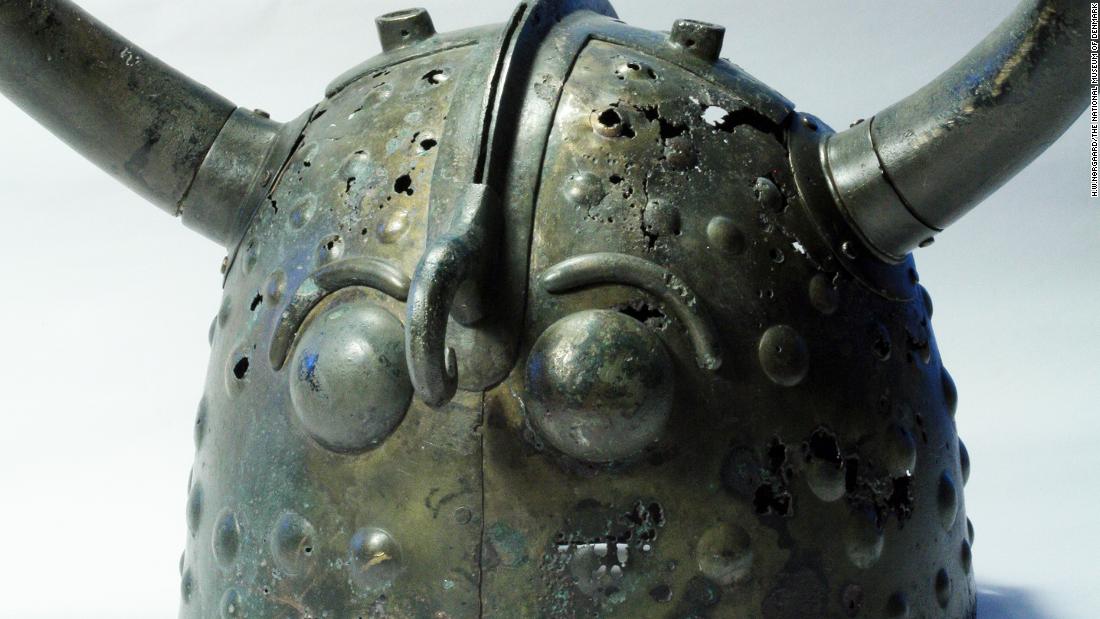 However, two horned helmets first discovered in Viksø, Denmark have been traced back to Sardinia in the Bronze Age — dispelling myths that they originated from the Viking era, according to research published in the historical journal Praehistorische Zeitschrift in December.

“For many years in popular culture, people associated the Viksø helmets with the Vikings,” said Helle Vandkilde, an archaeologist at Aarhus University in Denmark who was involved in the research, in a press statement sent to CNN.

“But our research confirms that the helmets were deposited in the bog in about 900 B.C., almost 3,000 years ago and many centuries before the Vikings or Norse dominated the region.”

Similar horned helmet imagery has been identified from the Bronze Age in Sardinia, southwestern Iberia and southern Scandinavia, according to the study.

During the Bronze Age in Sardinia, symbols of horned creatures such as bulls had religious significance, and were often used to decorate Neolithic tombs.

The horned helmet motif is linked to Iberia through the expansion of Phoenician society in the west, the research suggests. The Phoenicians were a group of people who inhabited the coast of Levant, in the eastern Mediterranean, according to the Metropolitan Museum of Art.
Phoenician seafaring routes coincide with the addition of Scandinavia to the network, exposing a Mediterranean-Atlantic sea route into the Baltic Sea. The helmets would not have been transported by land, as “the other-wise flourishing transalpine trade route seems to have been inactive in disseminating the image of the horned warrior hero,” researchers said.

“Our study shows that Scandinavian depictions of horned warriors occur at the same time as very similar images in Sardinia and southwest Spain. This testifies to the tight connections between the great civilisations of Bronze Age Europe; the first globalisation based on long-distance trade in metals, ideas and luxuries,” Vandkilde added.

“The horned warriors in Scandinavia, Sardinia and Spain all associate with new political regimes backed by control of metals and new religious beliefs.”

Those who wore horned helmets would have been considered “the quintessential warrior,” researchers said.

Royal Caribbean cancels voyages on 4 ships because of Covid-19