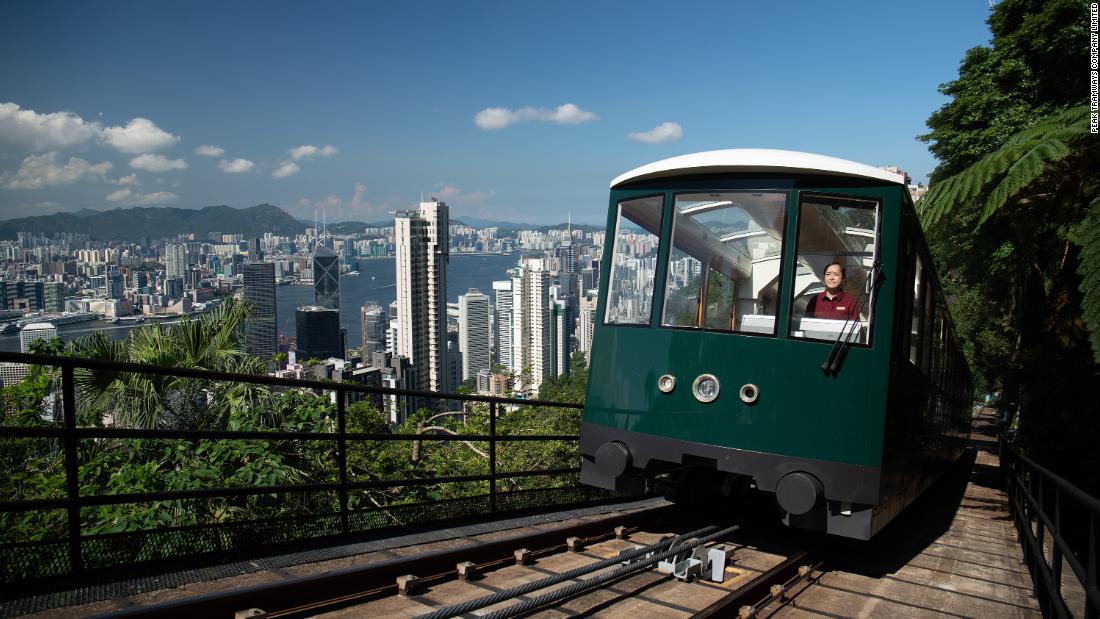 (CNN) — Hong Kong’s Peak Tram, one of the city’s most recognizable tourist attractions and the oldest funicular in Asia, will reopen to the public on August 27 after being closed for more than a year.

The tram, which has been taking both residents and tourists to the highest point on the island of Hong Kong since 1888, is now in its sixth incarnation.

Among the new additions to the attraction are longer cars, meaning the tram can now hold about 200 people per ride. The entire area – from ticket line to train carriage – has been made barrier-free to better accommodate wheelchair and pram users.

Located in central Hong Kong near the US Consulate, the visitor’s entrance features multimedia exhibits that trace the history of the tram from the Victorian era to the present day.

While waiting in line to board, guests can watch an animated video of some of the animals that call the Peak home, including toads, birds, porcupines, and wild boars.

According to the artist, Eye of Infinity represents the ‘spirit of ascension’ of Hong Kong.

A work of art, the Eye of Infinity stone sculpture by Australian-Chinese artist Lindy Lee, now dramatically marks the entrance to the ticket.

Guests in the last car can choose to back up the hill to get an unobstructed view, but there’s not a bad place to sit.

On the east side of the tram tracks, keep an eye out for two vintage Peak Tram cars – editions four and five respectively – and for the huge yellow pulleys that power the tram.

The sixth generation trams replace the previous dark red ones.

Victoria Peak — simply referred to as “The Peak” by the locals — has long been one of Hong Kong’s most coveted areas.

During the days of British colonial rule, The Peak was reserved only for Westerners, who were carried up the hill in palanquins. The original tram had three different types of seating: one for the white foreigners who lived at these exclusive addresses, one for police and soldiers charged with keeping the area safe, and the last for servants of the large Peak houses.

The law banning locals from The Peak was eventually repealed in 1947.

Today, you’re just as likely to see locals walking their dogs as are tourists checking out the observation deck at the top. The most notable structure is the Peak Galleria shopping center, which is designed to look like a giant wok.

Attractions at the tram station include: monopoly dreamsan immersive experience based on the popular board game, Madame Tussauds wax museum and an array of shops and restaurants.

Travelers who want to explore further can choose to take the tram up and then walk or hike down one of the many trails.

Becoming the first Filipino to travel the world at age 77