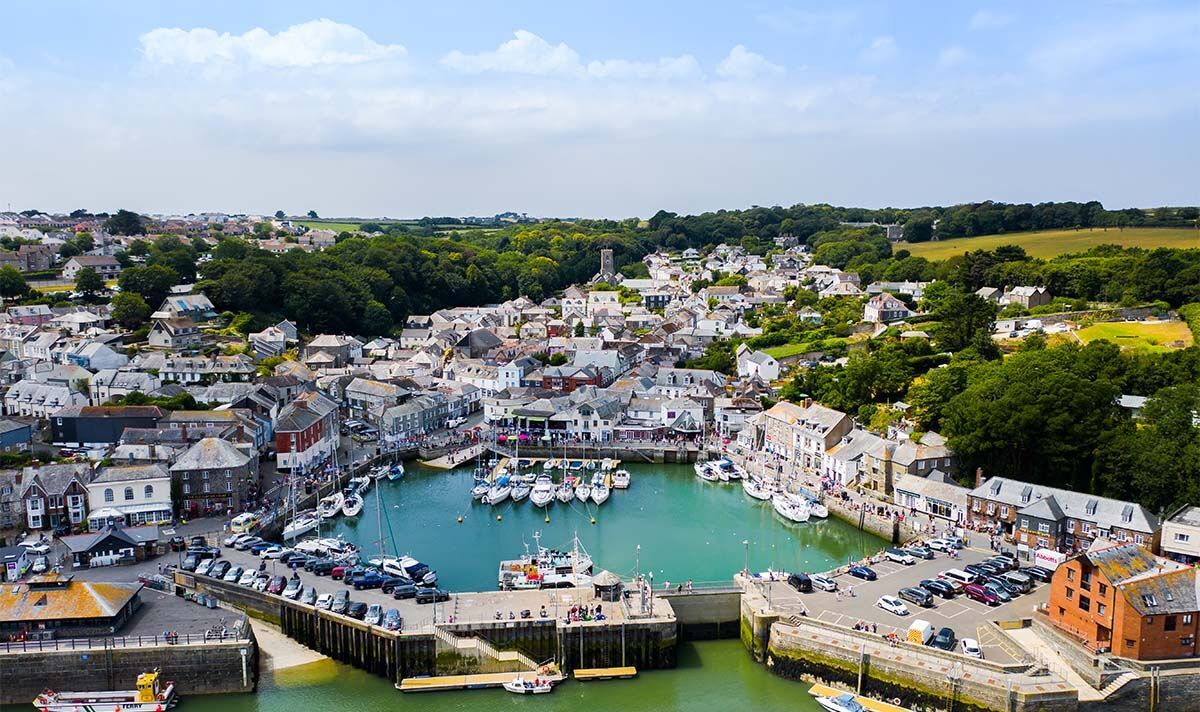 When most of us picture Cornwall, we are inundated with visions of a tranquil county of beautiful scenery, a dramatic coastline, long beaches, fascinating moors, charming villages and towns with fine businesses. Believe it or not, not everyone agrees with you.

“Stinky harbours”, “tacky villages”, “bike paths with too many cyclists” and a coastal path that needs “serious police checks” – that’s how the obnoxious visitors who left “bad” and “terrible” reviews on TripAdvisor see the province.

To mark the end of the high tourist season, Cornwall Live reviewed some of the most mind-boggling reviews on TripAdvisor, including those deemed “outrageous and unreasonable”, so much so that we’re sure they’ll make you smile or at least entertain you.

Bob O wrote: “We went here in 2017 and it was a nice place to visit and very picturesque but now it’s just a tourist trap full of tacky food stalls, parking is a nightmare but if you like to wait people don’t seem stay long”.

Amberley3737 commented “What has become of this lovely harbour? I thought it was a World Heritage Site – is it still? I can’t believe how quickly this harbor has turned into a sort of Poldark theme park and outdoor dining area.

“Stick fake guns, food vendors in booths that look like they’re off the highway and rows of umbrellas that would suit Benidorm more. We stayed in lovely accommodation which we’ll review separately, but we spent most days traveling further afield because Charlestown seemed to be packed with people just looking for beer and BBQ!”

Bodmin Moor has bulls and horses

Cally G, from Liverpool, wasn’t too fond of the animals. Oh, and the walks are too long. “Okay, if you like really long walks among bulls,” she wrote.

“Horses and bulls roam free – not the best idea we had to walk the dog here! It’s huge and beautiful to look at with a lovely big lake but you could easily get lost. This is an adults only place , kids wouldn’t enjoy it.”

Sue, from London, seems to think the water there needs a good cleaning. She commented: “Overrun with tourists. Expensive shops in Padstow harbour. The water could be cleaner. There are so many tourists here that the locals are fed up.”

Darren R added: “Boring. Can’t emphasize Padstow boring boring boring, most of the town seems to be owned and run by one person…paid for half a day’s parking left after an hour and a half. Not so pretty as we thought would be and soooo expensive.”

Did we mention it was boring?

Michael S wrote: “We stayed just outside Fowey for ten days at the end of September. It was our first visit. We had hoped to focus the holiday around Fowey and the ferries and leave the car alone, but we only went into town three time because it was absolutely packed every time.

“There was a slightly manic, un-laid-back vibe to the place and it was a big disappointment. I’m sure it’s beautiful in the winter, but we didn’t like it and won’t be back.”

sarahsmithneeroberts added: “Don’t bother. I wouldn’t go back to Fowey even if you paid me. Full of horrible rude people who hate tourists. The term cake and eat it! It has a nice sandy cove to swim in , beautiful shops and a picturesque river, but very few places to sit and relax. Loads of luxury shops and beautiful properties.”

At least they recognized that the walks themselves are worth it.

Camel Trail has ‘too many cyclists’

“Walk ruined,” wrote James R Nice. “Fantastic scenery, easily flat awake but destroyed by cyclists who think they own the trail. You have to have eyes in the back of your mind to avoid getting run over”.

But the anger against cyclists doesn’t stop there. Simon F Shrivenham says they can’t even drive in a straight line…

Simon commented: “Completely destroyed by its own popularity. All reviews are correct as this is a beautiful trail, nice and flat, technically good for families etc.

“The problem is that even at the slightest ray of sunshine everyone seems to go straight there. As a result, the trail is full of people who can’t drive in a straight line, kids throwing tantrums and general misery. It’s a testament to the general UK lack of imagination that people feel the need to go to a specific cycle path to get their annual exercise I can imagine it can be very pleasant on the right day (assuming you don’t get off the track so much on a road bike is gravel). Just don’t go in the school holidays!!”

Sea pool Bude is ‘nothing special’

“Nothing special,” wrote rockosworld Gretton. “It’s just a pool next to the beach, nothing fancy, good size, best to go when the weather is much warmer”.

ouch. But it gets worse… “Not as good as the Bude Tunnel, just a pool,” wrote Andy B. “For real action, head up the road to the tunnel. If you don’t like salt water, this is for sure nothing for you. Did I mention the Bude tunnel?”

Truro Cathedral is not ‘old enough’

“Beautiful, but not exactly old,” ChrisGV pointed out to the cathedral, which was indeed built between 1880 and 1910. “New religious construction in the middle of a bustling, interesting small town. Avoid the mystique and go for a coffee! Much more rewarding than myths.”

J_pz_12 from Truro was impressed. “I expected beautiful waterfalls to flow down, but the reality was a bit bad,” he wrote. “The walk through the woods involved a lot of tripping hazards with tree roots, rocks etc… also not much signage showing the way.

“There was some dog poo, but that’s because the owners didn’t pick up the poo or leave bags behind (shame). I thought there was going to be a big waterfall from a higher level tumbling down, but unfortunately it didn’t. We got the mission aborted after 45 minutes and instead went to the cafe for a coffee in the car park. Disappointed.”

Alan S hasn’t actually seen the falls, but here’s his opinion anyway: “Not seen, so not recommended! We visited after very light rain the previous day and the resulting mud made the trails impassable. When I took pictures from the “falls” – well, a little rough water – we were actually glad we didn’t bother further!”

Mevagissey is a ‘stinky haven’

MB described the beautiful Meva as “annoying and overbearing”. And then again as an “annoying area”.

“Unless you’re really an avid boat spotter, you’ll spend the entire trip in a state of bewilderment at the moment, effort and expense of getting to an old, smelly harbor like any other,” they wrote. “There was a seagull. And some very pompous, overbearing women in Union Jack sunglasses who told me we should have left them to us, followed by a few minutes of loud talk about the lack of respect these days. I wish there were someone was I could ask for my money back.”

Last but not least, Brumwzz from Birmingham with their savage review that recently went viral. “Terrible,” they wrote. “Nothing but dodging cars as they drive through the streets to ridiculously positioned parking garages. With two small children and a dog, it was impossible to comfortably wall the place without having to get out of the way every few minutes because of a car. Stressed out me outside so many times we left Not a visitor friendly place at all.

“Almost nowhere to sit outside on the harbour. Plus hardly any dog ​​friendly eateries. Hardly any places with outdoor seating if you want to dine al fresco. Probably because of the constant passing of cars. The whole place needs a redesign?. Plenty of places just outside the main part where they could put more parking. The gift shops just had all the old junk you can buy anywhere in the UK. Do not bother.”