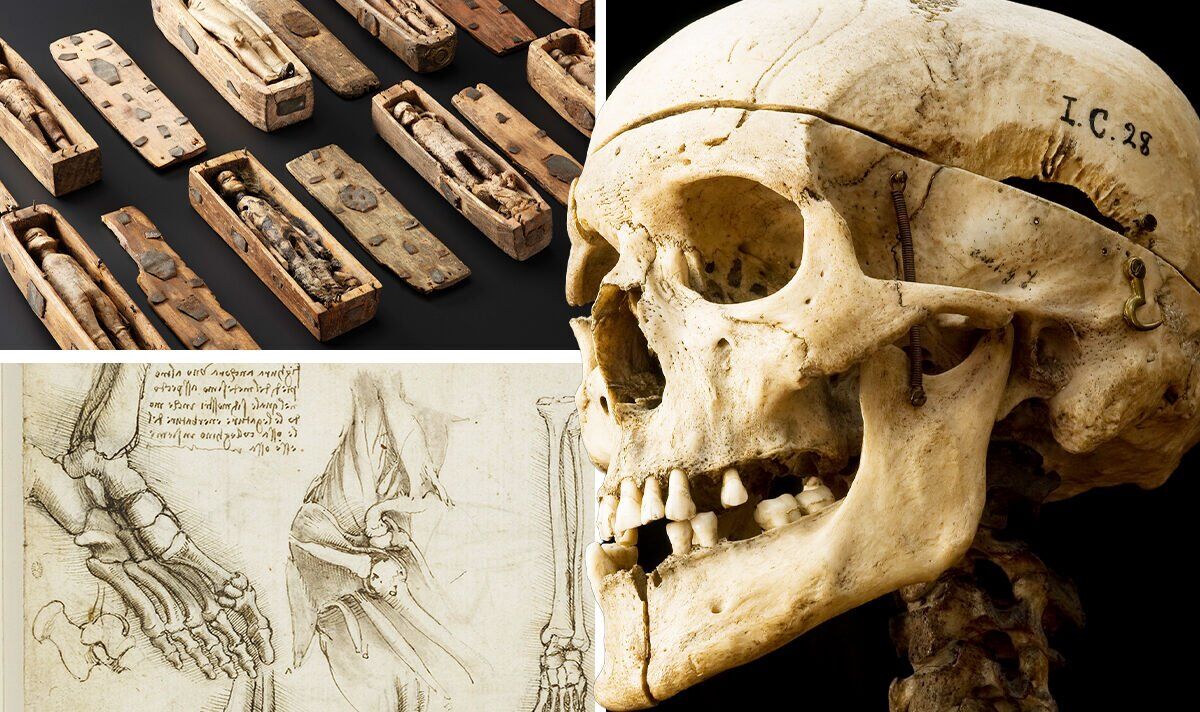 Why do people donate themselves to medical science, and how did we get here? I took a trip to the beautiful city of Edinburgh, Scotland, on March 25 and spent two days fully immersed in the history of anatomy and dissection in the UK. I’ve also learned how valuable bodies are – and how far some used to go to get them.

A direct train took me from King’s Cross in London to Edinburgh Waverley, and I quickly got to know the city before settling into the Hotel du Vin, which I later discovered used to be an asylum!

I was supposed to get a taste of an upcoming exhibit at the National Museum of Scotland entitled Anatomy: A Matter of Death and Life.

Excited especially having never visited Edinburgh – or Scotland – I couldn’t help but feel a little nervous as the subject of anatomy isn’t my forte.

But, greeted by Kirsten Cowie and Alice Whyllie from the museum’s communications team, I immediately felt at ease.

They introduced me to the wonderful Doctor Tacye Phillipson, Senior Curator of Modern Science, who radiated knowledge and passion for the complex subject.

The exhibition, which will take place from July 2 to October 30, is still being carefully curated, but I was lucky enough to get a taste of some of the art and artifacts that will be on display, including sketches by Leonardo da Vinci .

The showcase takes us from the 16th century to the present, from the industry from grave robbery to modern dissection.

I’m a little embarrassed to say that I had never heard of Burke and Hare, the Scottish murderers who murdered 16 people over the course of a few months in 1827, but their story was fascinating and plays an important part in the history of the anatomy.

Anatomist Robert Knox asked very few questions when Burke and Hare presented him with 17 corpses for dissection — including one of natural causes — and offered the killers a pretty penny for their contribution to science.

As part of the exhibit, visitors will see the preserved skeleton of Burke, arguably Edinburgh’s most notorious mass murderer.

But while people may come for the creepy stories, they stay for the fantastic insight into modern medicine and the long road it took to get here.

Indeed, the exhibition is not all guts and gore; Far from the horrific reality of Burke and Hare, visitors will discover why so many today decide to donate their bodies to medical science.

The exhibit includes a short video in which visitors can hear about a woman whose husband donated his body to the University of Edinburgh’s Anatomical Museum for dissection.

This will be accompanied by a talk by Anatomy Professor Tom Gillingwater, who explained that the exhibition aims to remove taboos around death and bodies, by using the historical context to make it “a safe environment to deal with death.” to go”.

My scientific awakening was interrupted by fantastic excursions in the city center, which I would absolutely recommend.

One of the highlights was lunch at The Lookout, which provided delicious food and an even better view of the city.

I also wouldn’t hesitate to return to the converted asylum hotel, which was perfectly close to the center and extremely cosy.

All visitors to the exhibition should book their own spot on the Blood and Guts walking tour, which was certainly another highlight.

It’s not for the faint of heart – I’ll warn you, there were graphic descriptions of slime in the first 30 seconds of the tour – but I learned a lot and laughed a lot too.

And while it wasn’t part of the Anatomy: A Matter of Death and Life exhibit, I think these two excursions complemented each other very well.

Harry Potter fans have even more reason to visit this Edinburgh exhibition as JK Rowling wrote her iconic books in this Scottish city, and several characters in the novels were arguably inspired by names in Greyfriars Kirkyard.

As for the exhibition itself, despite knowing next to nothing about anatomy, dissection, medical science and their strange and wonderful histories, I felt not only more informed, but completely fascinated by the subject.

I couldn’t stop talking about the trip on my return to London – which surprised me as science has never been a passion of mine – and I look forward to returning this summer to see the exhibition in all its glory.

Anatomy: A Matter of Death and Life takes place from July 2 to October 30, 2022 at the National Museum of Scotland.

Makgeolli: How Korean rice wine comes out of the shadow of soju