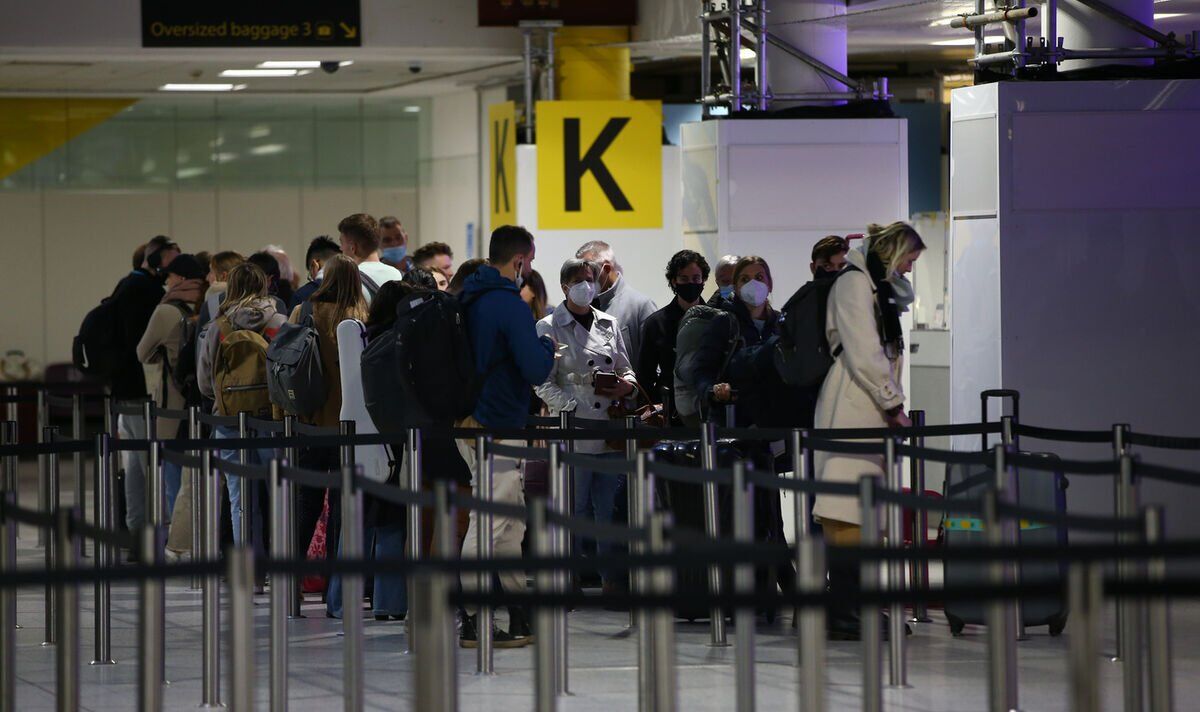 An increase in passenger numbers at Gatwick means ground crews are sparsely spread out to cover the hundreds of flights that have to be turned around every day. The standard loading crews were six before the pandemic, but currently three men or women are doing the same job and in some cases, only two loaders are expected to turn a flight.

Many ground crews work more than 60 hours a week and are under “enormous pressure” to counteract the “cascade” effect of delayed aircraft, which leads to flight cancellations.

The warning was issued by an aircraft coordinator at Gatwick Airport, whose job is to oversee the loading, refueling, maintenance and boarding of aircraft before declaring them safe to fly.

The unprecedented workload and staff shortage is a ‘vicious circle’ that causes mistakes and injuries for his team, he warned.

He said: “Before the pandemic it was completely standard to have a loading crew of six. Three would unload the incoming baggage and take it to the belt and carousel.”

“At the same time, the other three would take the outgoing baggage to the plane and load it there.”

“The crew has other responsibilities, such as foreign object debris (FOD) checks on the booth before the aircraft arrives, to ensure the surface is clear.”

“The risk is that foreign objects could be sucked into the aircraft engine when the aircraft arrives with the potential to cause serious damage.”

“They also power the tug that pushes the plane off the stands and place cones around the plane to help other services stay clear of key points.”

“It’s a job with a lot of responsibilities and it has to be done right.”

“When operations first started back up after the pandemic, loading crews were reduced from six to four.”

“Over the past six months, the sheer number of passengers traveling meant they had to reduce the number of loading teams to three.”

“Sometimes they would even look at a plane load and say, ‘OK, there aren’t many bags in the hold on this flight, two chargers can handle it.'”

The dispatcher warned that chargers were running 9-12 shifts plus overtime, and that a 60-hour week was “absolutely standard” for many in the industry.

He said, “These guys are constantly on the road, finishing one plane and two or three others waiting for them on the ramp.”

“Aircraft are delayed because they have boarded, the passengers are ready to take off, but no loading team is available.”

“The ground crew is exhausted. A man I spoke to loaded 13 planes and tipped off (unloaded) eight others in a single shift.”

“This is heavy physical work done as quickly as humanly possible. It leads to mistakes and we have to be constantly alert to the possibility of injuries from fatigue.”

“No one is forced to work overtime but there is a natural pressure to do so, in many cases you cannot expect to finish a shift just because you have to leave at a certain time.

“For example, if you’re the tugboat driver waiting to push an aircraft off the base, you’d be causing serious inconvenience if you walked off the runway before it was ready just because your shift was over.”

“Our employers and the airport are doing everything they can to recruit more staff. Recruitment is ongoing, but the ground staff needs to be trained, which takes about a month.”

“The problem is that these shortages were foreseeable, but nothing was done about it until it was too late.”

“So the ground crew who are here are working really hard, but they can’t do more than they can physically do.”

“My job is to make sure that no matter the pressure on them, corners aren’t cut.”

He said: “Demand has grown faster than airlines expected. Staff have been laid off in the pandemic and now they can’t be hired fast enough.”

“You would think that the airlines in this day and age would have robust enough models to predict these sudden surges in demand.”

“The carriers are facing a near perfect storm of increasing passenger numbers as they struggle to recruit after a pandemic and in the face of a labor shortage.”

“This isn’t necessarily anyone’s fault, but what’s important is how the industry is dealing with these issues and taking them forward.”

A spokesman for Unite, which represents thousands of airline and airport workers, said they had repeatedly warned the aviation industry not to cut jobs during the pandemic and that employers in the sector were responsible for the crisis.

Secretary-General Sharon Graham added: “The aviation industry suffers from a chronic inability to attract new staff because workers are not attracted to an industry where wages are poor and conditions poor.”

“Bargain basement wages and precarious jobs should be a thing of the past if the industry is to get back on track.”

A spokesman for Gatwick said that while the airport was responsible for employing security personnel, the recruitment of ground personnel was the responsibility of the airlines and their ground agents.

The spokesperson added: “We are working to ensure that there are minimal delays for both staff and passengers passing through security at the airport.”

As the Biennale expands, locals ask, 'Whose Venice is it?'