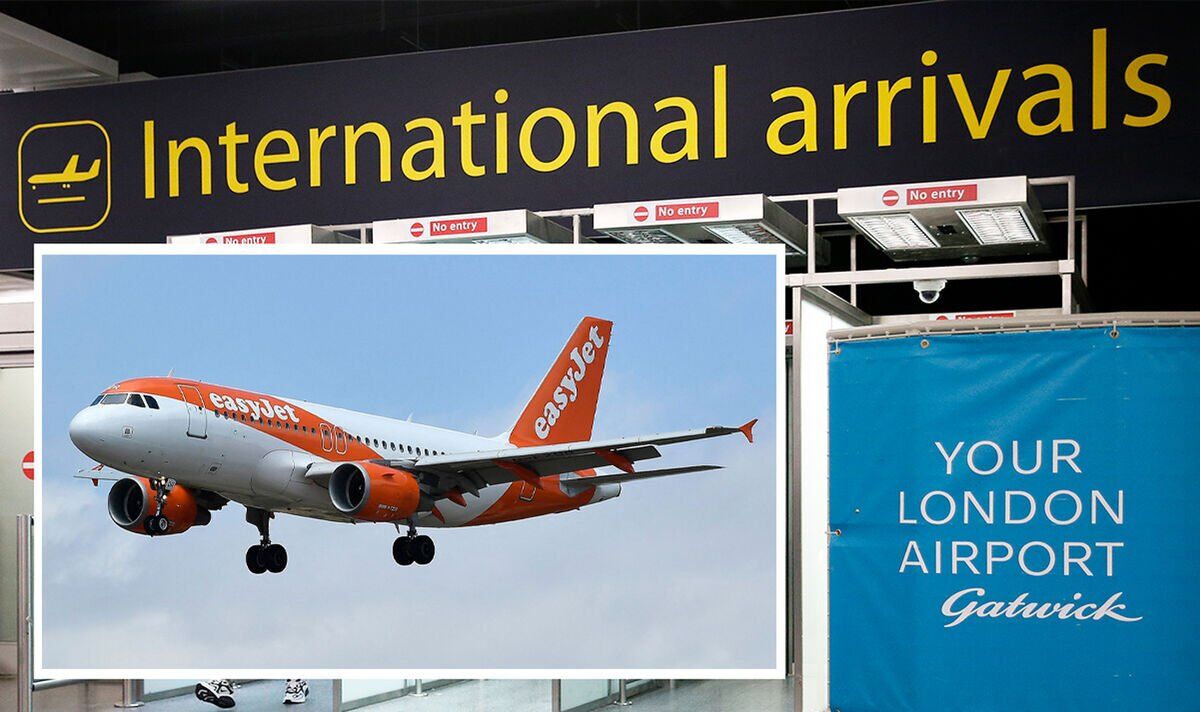 Around 26 easyJet flights in and out GatwickI Airport canceled due to staff illness. A spokesman said London’s airport is facing a shortage of crew members in the control tower and has “apologised for any inconvenience caused”.

Gatwick confirmed that 13 arrivals and 13 departures of the 180 EasyJet flights scheduled for today have been cancelled.

A spokesperson said: “At 7am, restrictions were placed on the number of flights that can arrive at Gatwick due to late staff absences at the airport control tower.

“Unfortunately, some flights during the day may be delayed or canceled as a result. Gatwick apologizes for any inconvenience this will cause to our passengers.”

READ MORE: Pilot shares what actually happens if your mobile doesn’t turn off

Claire on Twitter explained: “I dropped luggage, paid overweight on suitcase, showed boarding pass to two EasyJet employees. I was then refused entry at security and told by Gatwick staff that the flight had been cancelled! I was then told to wait two hours for my case to be returned @easyjet.”

Vikki furious: “What a real sh*t show from @easyJet @easyJetholidays @Gatwick_Airport today. Absolute dump and not one person willing to help.

Unlike British Airways at Heathrow, Gatwick said it would not have to extend the existing restrictions on passenger numbers beyond the end of August, known as the passenger cap.

London Airport had also provided additional staff to support other airport operators, including airline baggage handlers, in an effort to improve performance.

NOT MISSING…
Food Storage Hacks: How To Keep Berries Mold Free For 2 Weeks [GUIDE]
How to clean pillows without washing – ‘Kills germs and bacteria!’ [EXPERT]
Repair signs of aging in 2 weeks with award-winning facial oil [BEAUTY]

Gatwick recently released its half-year results, explaining that there is strong demand for overseas destinations, which has “accelerated” the airport’s recovery from the devastating impact of the coronavirus crisis.

It also reported a return to profits in the first six months of this year.

32.8 million passengers are expected to pass through the doors of Gatwick Airport this year – up from 6.3 million in 2021.

But this forecast could be hit by inflation, which drives up costs and makes people cut corners on luxuries like travel and vacations.

Revenue for the airport reached £291.5 million in the six months, while profit after tax was £50.6 million.

Chief executive Stewart Wingate said: “Unprecedented traffic growth in June led to short-term operational difficulties, but our decisive early action to limit airport capacity during the crucial school holiday period of July and August has meant that passengers have had a reliable flight timetables in the summer months.

“We are now very much business as usual and see no reason to extend the capacity statement.”

He added: “We still have a long way to go but strong demand has accelerated Gatwick’s recovery from the pandemic, especially in the last quarter since all travel restrictions in the UK were lifted.

“Air traffic volumes reflect this strong passenger demand and have returned to about 75 percent of pre-Covid levels.

“Despite some broad economic uncertainty, we also look forward to a successful second half of the year, with exciting new airlines and routes coming into service and continued improvement in the high standards of service for which Gatwick is renowned.”

How New Brews Are Shaking Up Turkey's Tea Country