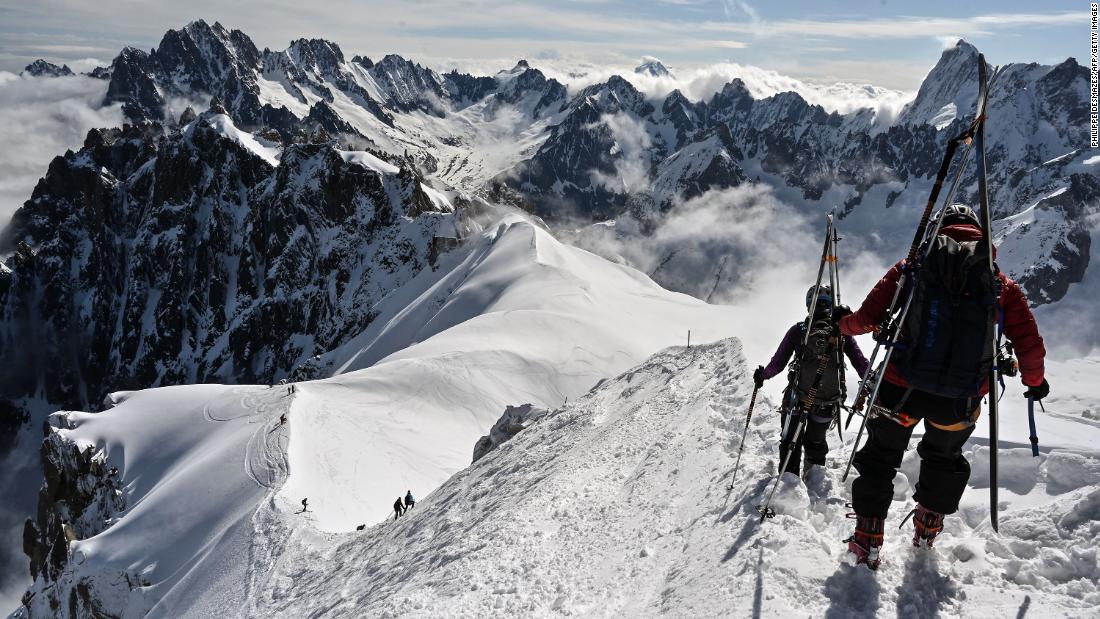 (CNN) — Anyone wanting to climb Europe’s highest mountain, Mont Blanc, may soon have to make a €15,000 (about $15,300) deposit to cover potential rescue and funeral costs under plans announced by a local mayor who has had enough. the “contempt” of risk-taking climbers.

Jean-Marc Peillex, mayor of Saint-Gervais-les-Bains, a town on the French side, says too many unqualified climbers gamble with their lives on the mountain, where recent warm weather has made conditions more treacherous.

“The municipality of Saint-Gervais plans to take measures adapted to the irresponsibility of some and the risks they pose to rescue workers,” Peillex said in a statement to Twitter.

“It is unacceptable that it is the French taxpayer who bears these costs,” Peillex said, adding that those who are now making the climb are doing so “with death in their backpack”.

Due to the “extremely dangerous” conditions along the Couloir du Goûter – a particularly challenging section also known as the Corridor of Death – Peillex said he reached the top of Mont Blanc via a popular trail known as the Voie Royale, of Royal Way, was strongly discouraged.

Climbing Mont Blanc has been made more risky by large rock outcrops and a period of drought and heat waves, he added.

The mayor accused about 50 “pseudo mountaineers” who crossed the route in July of “playing the latest fashionable game: Russian roulette!”

His statement said gendarmes in a helicopter used a megaphone to signal a group of Romanian hikers to return from an attempt to climb Mont Blanc using a megaphone on July 30.

On the Italian side of the mountain, the mayor of the ski resort of Courmayeur, Roberto Rota, has described Peillex’s deposit plan as “surreal.”

In comments confirmed by his news agency, Rota told Corriere della Sera newspaper that “the mountain is not owned”.

“We, as administrators, can limit ourselves to reporting sub-optimal routes, but it’s surreal to ask for a deposit to climb to the top,” he said. “The decision to close a path, a route, is made when there is an objective risk.”