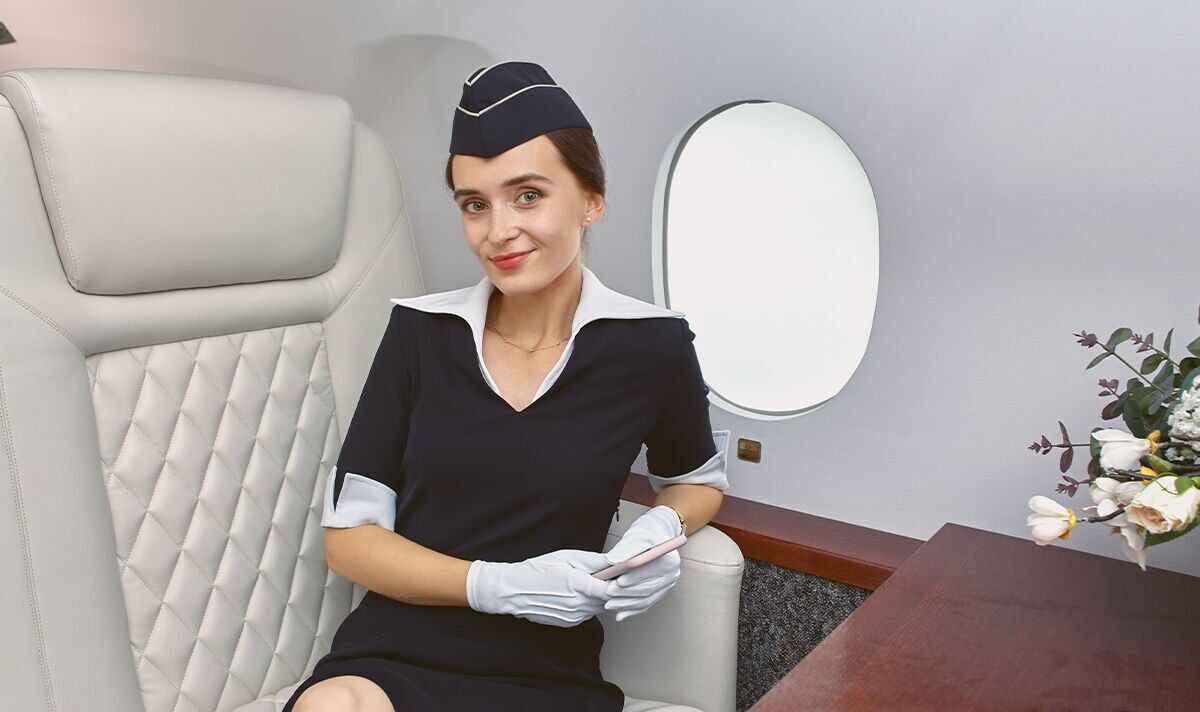 a business flight attendantwho wished to remain anonymous, told Express.co.uk she encountered some bizarre situations while working for “rich passengers” on a private jet. She revealed that “one of the weirdest things” was “cleaning up someone’s dog poop”.

The crew member explained that she has met many millionaires on the private plane and some had very “unusual” requests while in the air.

The flight attendant revealed that the strangest request she has ever had was “from a Saudi royalty”.

“She asked me if I could hand-feed her six-year-old daughter,” she explained. The private crew member admitted she “couldn’t come up with a good excuse” at the time “so that’s exactly what I did”.

“It was quite a strange experience for me,” she said. This isn’t the worst passenger she’s had, though.

The VIP crew member explained, “The worst passenger I’ve ever had was a guy we picked up from Kentucky. We flew him and his friends to a football game.”

She claimed the passenger, along with his friends, were all drunk and “spill four drinks on the carpet during the flight.”

The flight attendant also suspected that they were doing “inappropriate” things, as they were constantly “in and out of the toilet” throughout the flight.

“At one point he aggressively pulled me into the toilet and closed the door behind him,” she claimed.

“I immediately burst through the door and went straight to the cockpit to tell the pilots I wasn’t comfortable. We soon landed the plane and kicked the man off.”

However, the flight attendant admitted that she also had negative experiences with other crew members.

She recalled a nightmare flight she had during a contract trip to St. Maarten, in the Caribbean. “We [the crew] we arrived late, we all went our separate ways.

“The next morning my captain showed up drunk,” she claimed.

“I knew he wasn’t sober or fit to fly. I refused to fly, called the company and they immediately booked me a flight home,” she explained.

Despite everything, the private stewardess said she loves her job and the best thing is that she is paid “to see the world”.

According to Glassdoor, the average salary of a VIP fight attendant in the UK is around £26,353 per year.

However, it is very common for private crew members to receive generous gratuities from their wealthy clients.

Andrew Flaxman, a former business jet pilot who founded jet card broker ExpertJet, said, “As a pilot, we get tips about 25 percent of the time.”

“There’s no rhyme or reason, it just comes down to the generosity of the client.”

However, he said “usually we see the ground staff being tipped to help with the bags out of the car, or just to look helpful”. Tipping the crew of a private jet is “never expected, but always appreciated”.

He revealed that each crew member can be tipped around £100 a day, although Middle Eastern passengers tip the most.