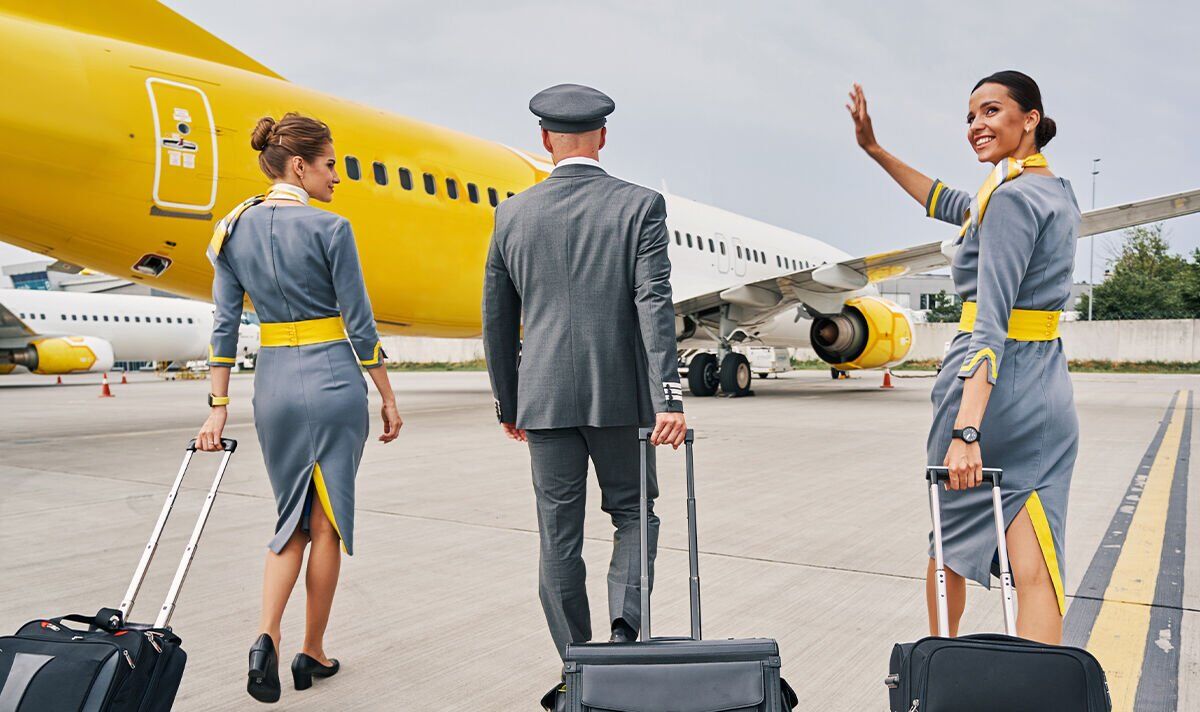 There are many hacks to take with you extra baggage on board without paying, but one of the most popular methods is to use a pillowcase to pack extra clothes. There are many videos shared on social media where passengers can be seen walking through the airport with a pillow, going through security and boarding the plane with their pillow.

However, passengers do not use the pillow to rest more comfortably during the flight, but to carry their belongings with them.

This is a very clever hack to store the items that don’t fit in the carry-on or checked baggage and bring an extra bag on board for free.

The trick is completely legal, and while the airport security scanner can see what’s inside the “fake pad,” many agents will “say nothing,” some claim.

Many users took to social media to share their thoughts and their own experiences with one who said, “Yesterday we arrived in Venice with two pillows like this!”

READ MORE: Pensioners furious after Ryanair flight leaves without them

Another explained: “I did it on two transatlantic flights. It worked!” and a third added: “It sure seems genius to me”.

Commenting on a recent TikTok video, passenger Tamara Harland claimed that airport security officers “know because it literally goes through an X-ray machine, but they don’t care”.

Another social media user named Ornella agreed: “The scanner still picks up everything, but smart idea!”

TikTok user @persiansofi revealed, “I work at the airport and I can tell you, we all know” and @ronza__ronza asked, “Isn’t it illegal?”

She replied, “No, it isn’t. You can always bring a small pillow, and if it’s filled with clothes instead of what’s in pillows, that’s okay.”

Many agreed that this is a very clever hack, so “you don’t pay for an extra bag with the airline”. User Asard added, “That’s like carrying a bag of stuff in it,” and Keesha Smith said, “That’s actually pretty smart.”

He revealed that “duty free bags do not count as carry-on baggage”, something most passengers are not aware of.

The crew member explained: “If you have something that doesn’t fit in your suitcase or you want to bring an extra bag on board, here’s the trick.

“All you have to do is carry a duty-free bag with you. Or ask for one at the duty-free store and you’ll put whatever you want in the shopping bag.”

The flight attendant said that “there is obviously limited space, but at least you take an extra bag with you to the cabin”.

He explained: “I know the trick because I always do this when I fly as a passenger.

“And when I see people come on board with a duty-free bag that looks VERY full, I always assume they’re using it for this purpose, because clearly there isn’t just one perfume or bottle of wine in it.”

Miguel explained that “many crew members don’t know this and most won’t realize it”.

“If you come on board with one piece of luggage, which you are allowed to, and a duty-free bag with some of your belongings, nobody says anything.”

He added; ‘Now you know it. If you ever find yourself in that situation, just put what you need in a duty-free bag. Don’t mention it!’

The Italian city with a drunken secret