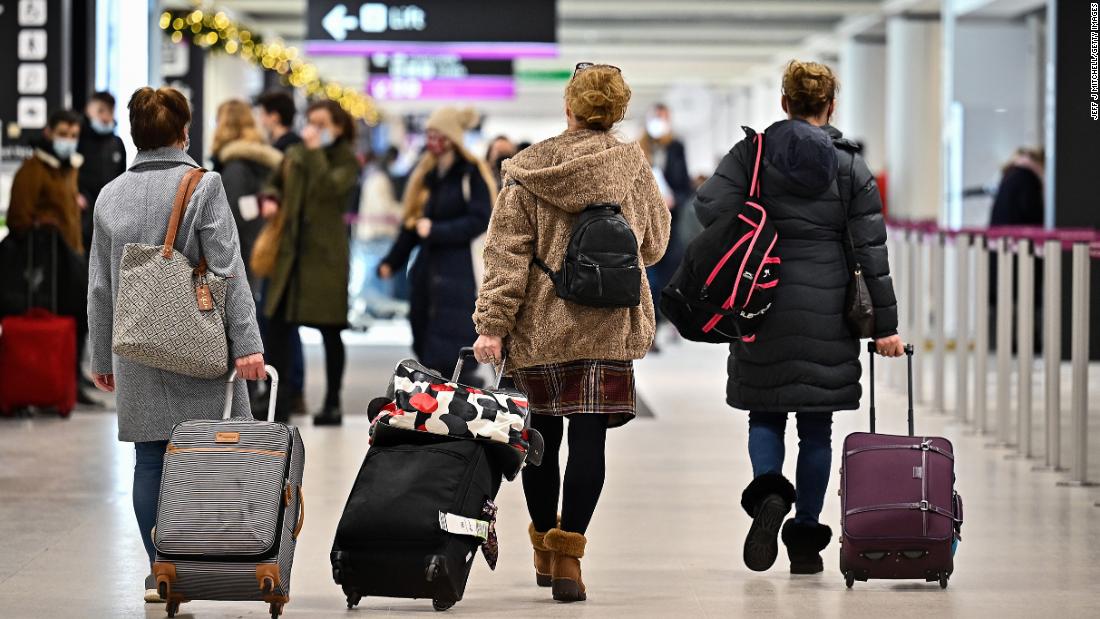 (CNN) — England has ditched its requirement for pre-departure tests for inbound travelers in the latest shake up to Covid restrictions in the destination.

As of 4 a.m. on January 7, fully vaccinated arrivals, along with those under 18, will be permitted to enter without producing a negative PCR or antigen test.

Although incoming travelers still need to submit a negative test within two days of their arrival, a rapid antigen Lateral Flow Test (LFT) will be accepted from the same date, and visitors will no longer have to quarantine until they receive their result.

However, if this result is positive, they will be required to take a PCR test in order to help identify “any new variants at the border.”

While announcing the move on Wednesday, Prime Minister Boris Johnson explained that the current pre-departure requirements, originally put in place to control the spread of Omicron, were “having limited impact,” with Omicron now the most dominant variant in the UK.

The Welsh government has since confirmed that it will be applying the same rules, and it’s believed UK nations, Northern Ireland and Scotland will also follow suit.

The pre-departure rules will remain the same for unvaccinated or partially vaccinated arrivals aged over 18.

“We’re removing the temporary extra testing measures we introduced last year at the border to slow cases of Omicron coming to the UK,” Transport Secretary Grant Shapps confirmed on Twitter.

“Now Omicron is the dominant variant & is widespread in the UK, these measures are no longer proportionate.

The rapid spread of the variant led to a number of countries announcing restrictions on UK travelers last month, including Germany, where a mandatory 14-day quarantine was brought in for incoming arrivals from the UK on December 20, while France placed a ban on all nonessential visitors to and from the UK.

An estimated 3.7 million people in the UK had Covid-19 in the last week of 2021, according to figures from the Office for National Statistics.

But Johnson has played down suggestions of another strict lockdown, stressing that such actions are “not cost free.”

“They impose a devastating toll on our physical and mental wellbeing, on our businesses, jobs, and livelihoods, and, worst of all, on the life chances of our children,” he said during a news conference on Wednesday.

“So this government does not believe we need to shut down our country again.”

These precious family letters were left on a flight. Against all the odds, they came home