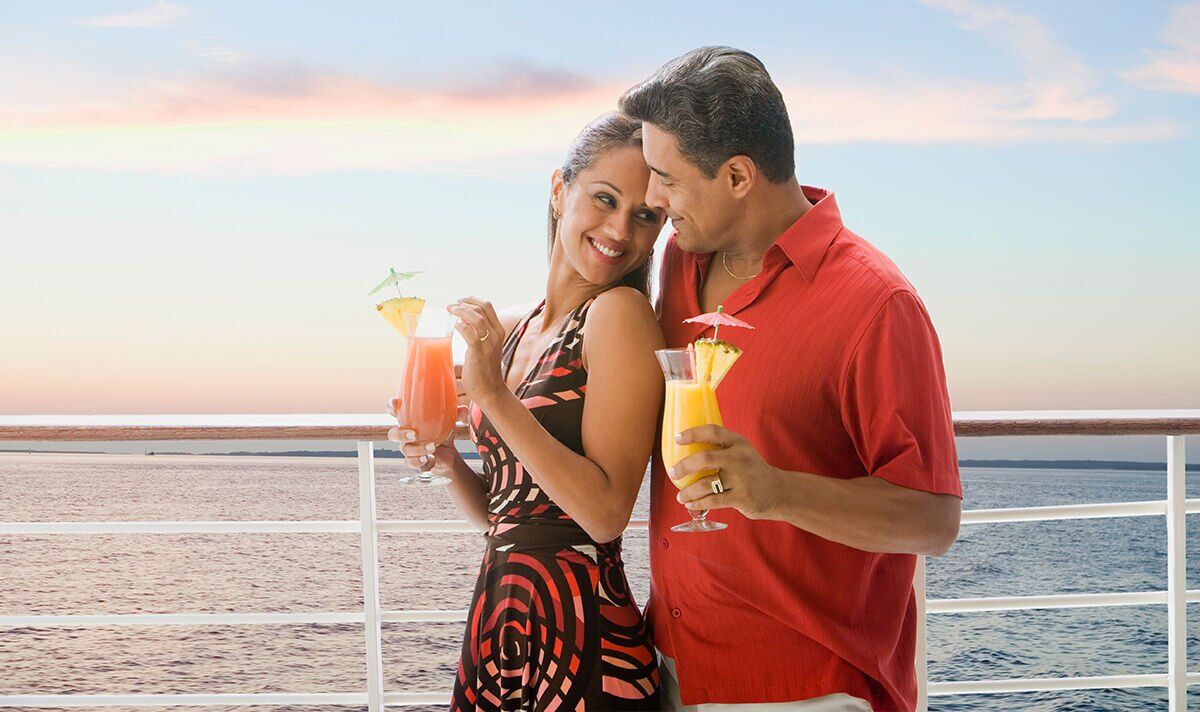 A lot cruise lines have very specific rules about what you can and cannot put in your luggage. However, there is one in particular that countless cruisers try to ignore in order to save money.

In many cases, cruise lines do not allow passengers to bring their own items on board alcoholic drinks, although there are some exceptions depending on the operator you are traveling with.

Despite cruise lines laying out their specific rules, guests often try to smuggle their own booze on board. Social news aggregation and discussion website Reddit also hosts several cruiser forums that share tips and tricks for hiding alcohol in your luggage.

However, cruise expert, author and blogger Elaine Warren, who runs The Family Cruise Companionhas warned vacationers, “It’s really not worth the risk.”

She told Express.co.uk: “People try it on every cruise I’ve ever taken! It’s insane.”

From hiding liquor in mouthwash bottles to specially designed bags with hidden pockets to hide booze, sneaking passengers have made their way, but it’s something Elaine says is “insane.”

“Personally, I don’t drink, so I don’t see the obsession,” she said. “I always see people trying to get away with it, and often they do. It’s not worth the risk, though. If it’s caught, it’s confiscated and not returned.”

There are some exceptions to the alcohol ban for certain cruise lines, and they can be easily found on the company’s website.

“The rules are pretty simple,” Elaine said. “No beer or spirits. There are usually exceptions for small amounts of wine and/or champagne. But the cruises don’t want to bring their own alcohol for personal consumption.”

Royal Caribbean stipulates that guests are not allowed to bring beer or spirits on board for consumption or other use. However, on the day of boarding, guests may carry two 750ml bottles of personal wine or champagne per stateroom in their cabin baggage.

The same rules apply to Virgin Voyages. The cruise line states, “Sailors are also welcome to bring two 750ml bottles of wine per cabin in hand luggage (sorry, no spirits or beer please).”

All alcohol found in checked baggage will be collected by staff prior to sailing and returned once the trip is completed. Some cruise lines may charge a corkage fee for bringing your own wine on board, while others completely prohibit bringing your own alcohol.

But according to Reddit users, there are some ways you can enjoy a free drink or two without breaking any rules. On a forum dedicated to cruise tips and tricks, one user said, “Your cruise papers say you’re celebrating an anniversary or other event in the special comments section. Your room steward will often give you vouchers for free drinks.”

A second user recommended attending special events on board the ship. They explained: “Come to many of the special welcome events, captain’s talks, auctions, and so on.

“They usually offer free drinks. Grab your drink and hit the road if you’re not interested.”

Liquor, wine and beer can be brought on board for free and consumed in the cabin; however, there is a $10 (about £8.70) corkage fee to open a bottle in Azamara’s bars or restaurants. The same rule applies to alcohol purchases in ports of call.

During embarkation only, each passenger may carry one bottle of wine or champagne (750 ml) on board in their hand baggage; beer and spirits are not allowed. The corkage is $15 (about £13), and bottles can be consumed in the main dining room, steakhouse or bars; there is no corkage for bottles consumed in staterooms.

No alcoholic beverages may be brought on board for consumption, with the exception of two bottles of wine upon embarkation.

No alcohol is allowed on board; if found, it will be confiscated and held until the end of the cruise.

No spirits may be brought on board. Passengers are allowed to bring one bottle of wine or champagne on board. There is a $20 per bottle (approx £17) corkage fee for bottles consumed in the ship’s restaurants and bars.

Passengers are allowed on board two bottles of unopened wine or champagne (not larger than 750 ml) or six beers (not larger than 12 ounces) on embarkation day. The alcohol must be carried by hand in a day bag or carry-on bag.

Only alcohol purchased on board may be consumed on board. Any alcohol brought from the shore will be deposited by the ship’s security officers and returned at the end of the cruise.

Passengers of legal drinking age may carry one bottle of wine or champagne (no larger than 750ml) in their hand baggage at the start of a crossing. This bottle is not subject to corkage if consumed in the cabin.

According to TUI, which operates Marella, “The carrier will confiscate all alcohol brought on board by passengers, with the exception of alcohol purchased on the outbound flight to the ship – proof of purchase is required. Alcohol seized, will be returned to passengers at the end of the cruise.”

When boarding, it is not allowed to bring alcoholic drinks on board.

Beer and spirits are not allowed, items are secured until the day of disembarkation. Wine and champagne are allowed, but you must pay corkage for anything consumed on board in staterooms, bars or restaurants.

Passengers are not allowed to bring their own beer or spirits on board, but are allowed a maximum of three bottles of wine or champagne per cabin during the cruise.

Each passenger over the age of 18 may carry one bottle of wine, champagne, beer, spirits or liqueur of up to one liter upon boarding. Extra alcohol will be kept until the end of the cruise.

Beer and spirits are not allowed. Each passenger of the drinking age is allowed to bring one bottle of wine or champagne (not larger than 750ml) per trip, for which there is no corkage fee if consumed in the cabin.

Passengers are allowed a maximum of two bottles of wine or champagne (750 ml each) per cabin during embarkation.

Passengers are allowed to bring alcoholic beverages on the ship during the cruise.

Alcoholic drinks, spirits, spirits or beer are not allowed. All alcohol in checked baggage will be collected upon embarkation and returned once the journey has been completed.