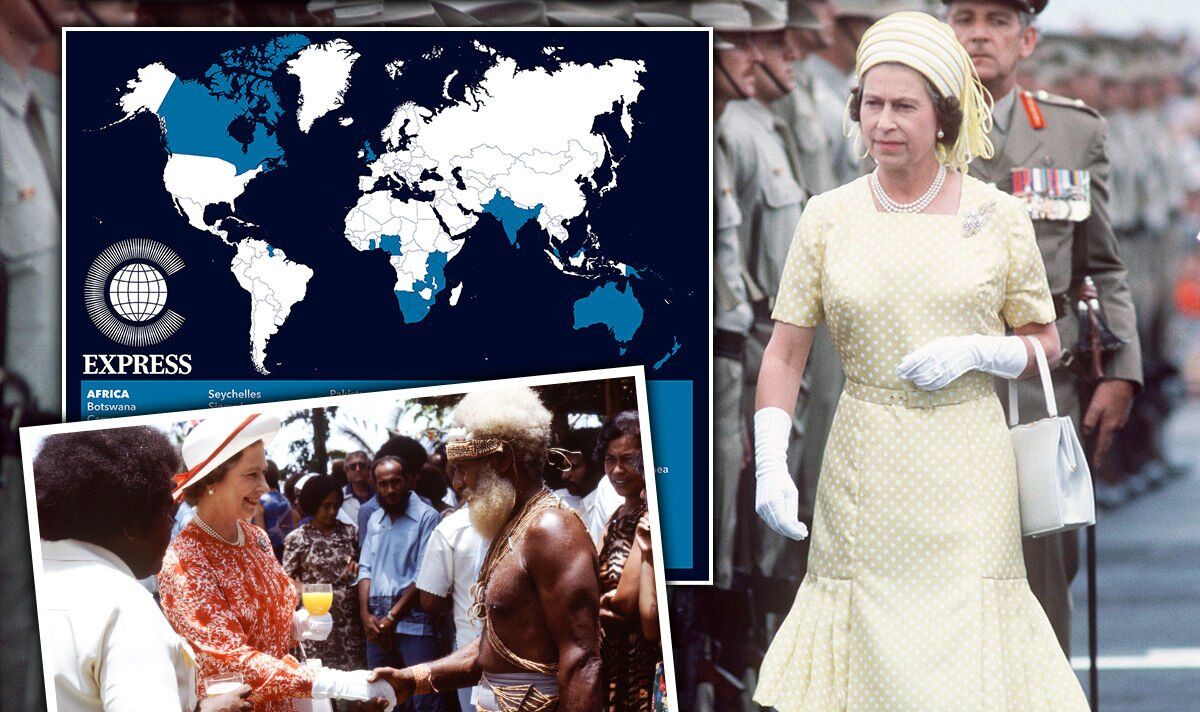 Spanning Africa, Asia, America, Europe and the Pacific, the Commonwealth countries have one thing in particular in common and that is: Queen Elizabeth II. She was head of the Commonwealtha voluntary association of 54 independent countries.

The Queen was sovereign of 14 realms excluding the UK.

The Queen’s role is one that has been described as “symbolic and unifying”, helping to bring people around the world together.

The Commonwealth itself exists to help promote international cooperation and trade relations.

Commonwealth leaders at the Commonwealth Heads of Government Meeting (CHOGM) every two years.

Here, even the smallest nations get a say in “shaping the Commonwealth” according to its website.

In addition to these encounters, Queen Elizabeth herself would make visits to these countries to meet important figures and citizens.

Through these visits, she hoped to strengthen ties and increase the sense of inclusion.

During her reign, the Queen made more than 200 visits to Commonwealth countries.

She has also made several return trips to these countries over the years.

In fact, about a third of all her foreign visits went to Commonwealth countries.

While the Monarch gave up foreign visits in her later years, the younger royals took on much of this responsibility.

The Queen spoke regularly with the Secretary-General of the Commonwealth and her secretariat to keep abreast of developments within the international group.

Since 1977, Commonwealth Day has been celebrated by the countries concerned on the second Monday in March.

Every year the Queen attended the special jubilee.

Speaking of the Commonwealth, the Monarch once said: “I have not only behind me the wonderful traditions and the annals of more than a thousand years, but also the living power and majesty of the Commonwealth and the Empire; of societies old and new; of countries and races different in history and origin, but all, by God’s Will, united in spirit and purpose.”

Below is a complete list of the 54 Commonwealth countries:

'This is amazing': Cheap flights Google hack for cheap tickets