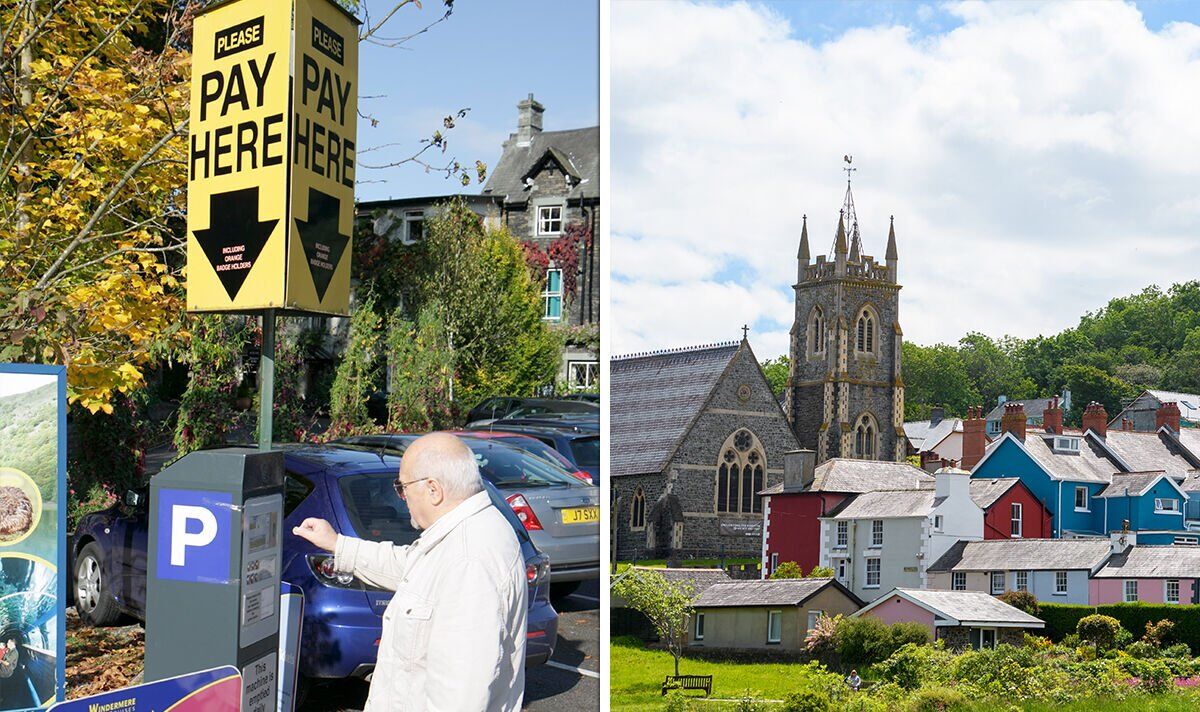 Some holidaymakers blame the problems on the machines’ default language being Welsh. They said that because they couldn’t figure out how to change the language to English, they couldn’t understand how to use the machine and therefore had no choice but to drive away.

Tourists Tom and Diane Edwards were on holiday in Aberystwyth and wanted a day trip to Aberaeron.

However, they could not have parked in the city as they did not know how to use the ticket machine in the parking lot.

“So many people have told us how much fun Aberaeron is, so we thought we’d come for a few hours,” the couple told BBC Wales.

“But you can’t use the machine, we tried to [pay] daily, but it’s only [showing to pay] weekly.

However, Ceredigion council said it understood that the machines were being used by five other local authorities in Wales and that the information provided with the machines to support the public had been updated and improved to reflect people’s feedback and experiences.

In a statement, it added: “Following a system upgrade in the summer of 2022, transaction processing and speed have improved.”

Reports of problems with the machines at Ceredigion come just days after locals saw a long line at a parking lot in Rhyl, North Wales. This was also due to problems with a payment terminal.

The machine gave instructions in Welsh before the debit cards were not recognized.

The Denbighshire County Council explained that non-Welsh speakers could change the language to English by pressing a button, but it seemed that some holidaymakers could not see this button.

It said in a statement: “Our payment and display machines are in Welsh by default, but there is a big gray ‘language’ button that people can press to change the language.

“This is explained on the machines, but customer service management also patrols to assist customers on the spot.”

Welsh residents took to social media to discuss the issues with the parking meter, with some expressing anger at people complaining about the use of the Welsh language.

Ethan Jones wrote: “Frankly, I’ve had enough of tourists and union politicians on this subject. The machine is in Cymraeg by default, with an obvious button to switch it to English.

“Welsh in Wales shouldn’t be controversial. Check your rights and respect where you visit.”

Morgan said, “They’ve got to get over it.”

Sion Jobbins commented: “It’s Wales, we speak Welsh, clue is in the name. Wales is not England.”

Luke Evetts wrote: “In all seriousness, however, they are difficult to use – regardless of the language. I’ve had to talk to my grandparents about them over the phone, and other people stopped me walking through that parking lot (Welsh and English speakers – tourists and locals).

Twitter user @up_the_bwlch added: “Nothing to do with the language, it’s easy enough to select the language… the rest of the process is a complete nightmare… entering your reg no, the time or hours select and then try to get your card to work is a mare, or even cash if it throws back half your coins!”

The couple who travel the world to recreate movie scenes