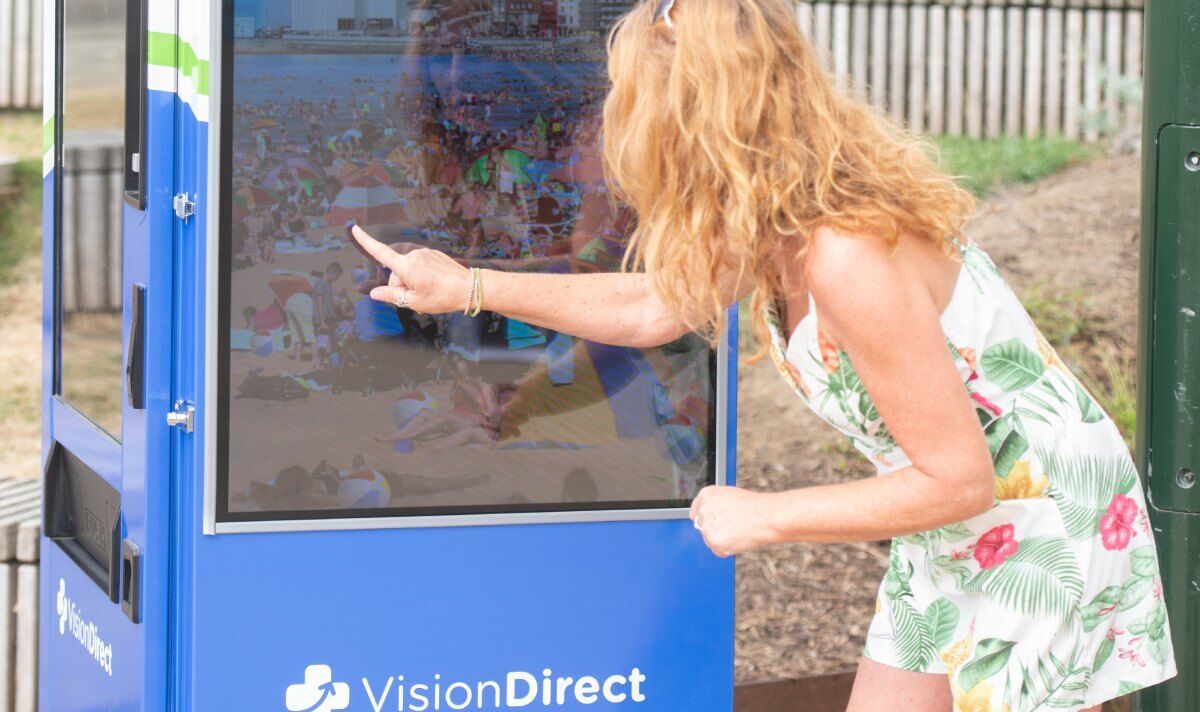 Scratching and visiting local tea rooms are also in the top 20 list, as are centarcades, pier walks, and beach ball games.

But then again, some of the worst things about a beach vacation are getting bombarded by seagulls and getting sand in your sandwiches.

Having a nightmare trying to park, crowded beaches and screaming children everywhere are also unfortunate parts of a stay.

In addition, nearly one in three (31 percent) admit that their trip to the coast can also go horribly wrong if they forget to bring essentials — such as sunscreen, as well as contact lenses (nine percent), sunglasses (29 percent) or something to wear. sitting on it (23 percent).

The research was commissioned by Vision Direct to highlight the joys of a beach holiday – but also what can go wrong if you forget crucial items.

This was brought to life when beachgoers were stunned when they were instructed to count the number of beach balls in a visual puzzle – out of sympathy for those who left glasses or contact lenses at home.

Barney Streeting, general manager of the contact lens specialist, said: “Many of us will be familiar with the feeling of arriving at a residence destination, excited to begin to relax – only to find that you have forgotten an essential item such as your contact lenses.”

The study also found sea views, and letting the kids dig holes in the sand, are other best things about a “bucket and spade” staycation — as well as rock sticks, donkey rides, and rock pooling.

But a trip can quickly fail if they forget essentials, as more than a quarter (28 percent) of visually impaired Brits have struggled to enjoy their seaside holiday after forgetting their contact lenses or prescription glasses.

This is despite the fact that 49 percent pack “everything including the sink” when she leaves, according to additional research from 2,000 British holidaymakers.

And despite their thorough packing ability, two-thirds (68 percent) said it’s still likely they’ll leave something behind.

The beauty of traveling within the UK means that nearly half (46 per cent) of holidaymakers say you can pack twice as much as you would for a trip abroad.

Slippers, tea bags, their own pillow and a favorite mug are among the much-loved items they store in the back of the car for a stay.

However, nearly three quarters (73 percent) have had to visit local stores once they reach their destination to buy items they forgot to pack.

Toiletries, phone chargers and sunglasses are among the most abandoned items, but holidaymakers have also forgotten underwear, medicines and contact lenses in the past.

The survey, conducted via OnePoll, also found that 28 per cent argued with another family member after leaving something careless while on holiday in the UK.

Barney Streeting added: “We wanted to remind people how clear vision can make or break a holiday.

“The best times often seem to pass in a blur, so it’s a good idea to make sure your eyesight doesn’t go the same way.”

TOP 20 BEST THINGS ABOUT A “BUCKET AND SHOVEL” HOLIDAY: