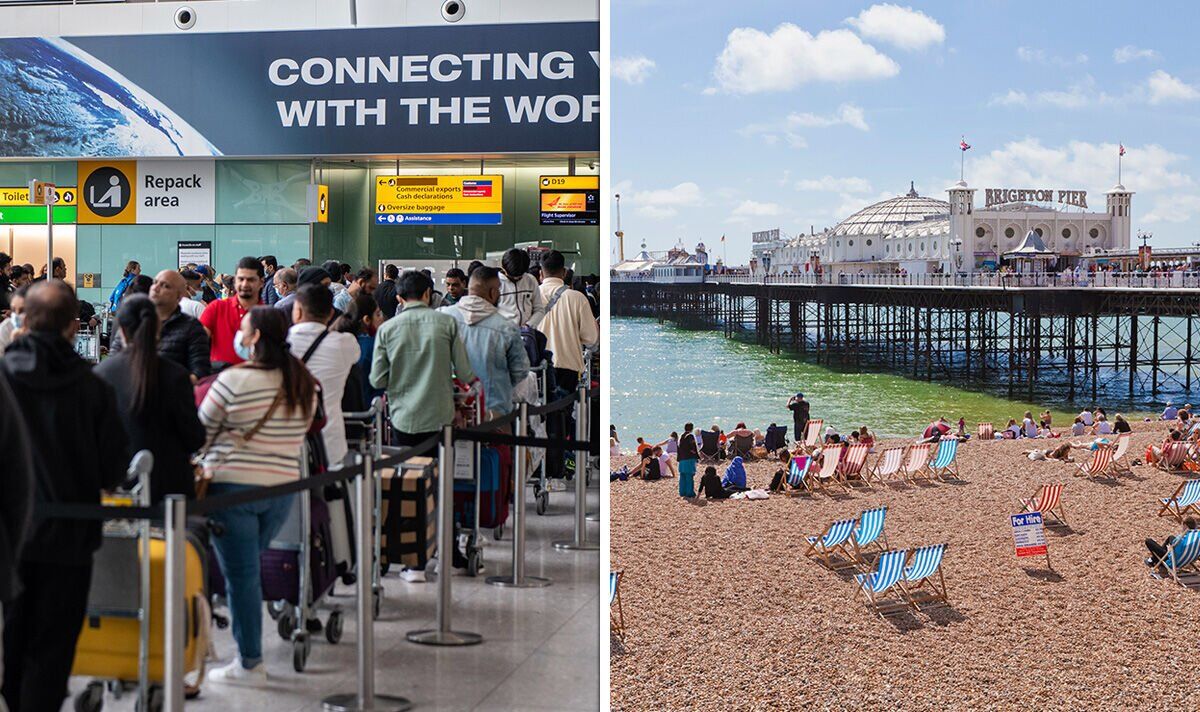 Airlines have canceled thousands of flights since May, leaving many passengers stranded or facing serious disruptions. Holidaymakers at UK Airports have also faced long queues and delays in recent weeks.

As a result of the malfunction, express.co.uk asked readers if they would rather have a British vacation.

In a poll that ran from noon on Thursday, June 30 to Friday, July 8, express.co.uk asked, “Would you rather have a holiday in the UK when chaos breaks out at the airport?”

Meanwhile, 26 percent (468 people) said ‘no’, they would rather take a holiday abroad.

Another two percent (43 people) said they knew neither.

Dozens of comments were left under the companion article as readers discussed the airport disruptions and their vacation preferences.

Many readers favored holidays in the UK, with one reader, username Phillippa, remarking: “A holiday in the UK anytime.”

Username winniebrock68 said “I’d rather stay at home in today’s world, there is plenty to do or see in my area or within an hour or so drive.”

And username AngloSaxon67 said: “Stay in the UK. Especially on the south coast of England you are spoiled for choice.

“English people are the nicest and friendliest in the world and for food – how can you beat English grub in a village pub.”

Another reader, username Beehive, wrote: “We should be supporting the whole of the UK by going on holiday in the UK.”

The decision of many not to fly could be beneficial as the airline industry struggles to cope with a surge in demand after the pandemic.

However, other readers argued that a holiday abroad was better with the username Kizma Arris commenting: “No, scam Britain can keep its expensive, cold, wet holidays.”

British Airways staff at Heathrow had planned to go on strike over a wage dispute, but such a union action has been suspended after further negotiations with Unite union.

A British Airways spokesperson said: “We are very pleased that, after working with the unions, they have decided not to release data for industrial action.”

They continued, “This is great news for our customers and our people.”

However, Heathrow could be hit by the refueling of workers who plan to go on strike later this summer.

'An hour layover is no longer enough': tips from a flight attendant to survive now