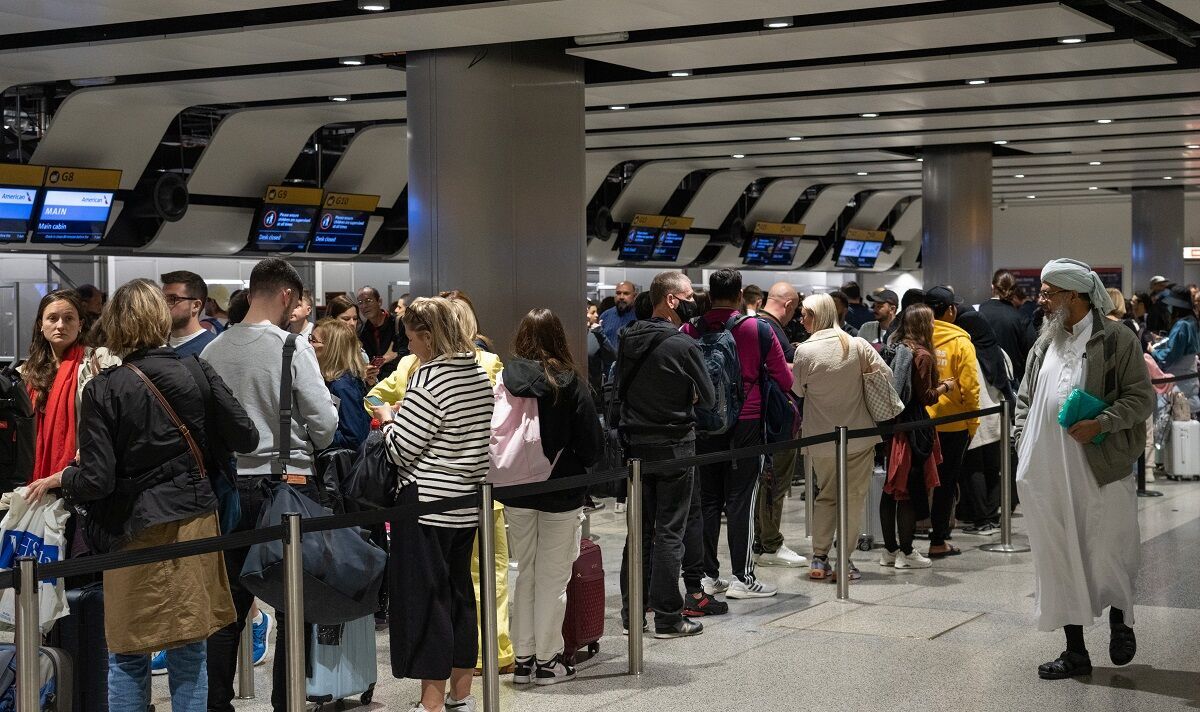 Britons stranded in Europe after hundreds of canceled flights

A chaotic combination of staff shortages, air traffic control restrictions and a power outage at Luton Airport resulted in more than 80 cancellations on Sunday, more than 100 of them on Saturday alone. Many anxious British holidaymakers and families are therefore stuck at foreign airports.

EasyJet said it canceled about 80 flights on Sunday “due to the continued challenging work environment”, affecting more than 12,000 people.

There are also cancellations of flights from Wizz Air, Vueling and British Airways.

Alexander Coombs, a stricken holidaymaker, was furious: “I received a text message that my flight from Berlin to Bristol has been canceled today, so I am now stranded in Berlin. I can’t reach anyone to help me from easyJet. The next flight is Thursday.”

Kam Hosseini was trapped in Faro, Portugal, after his Saturday night Wizz Air flight to Cardiff was grounded “minutes before check-in via text message”.

He said: “No airline representative at the airport, just given a piece of paper and told the next flights to the UK we can get are from Wednesday.

“Stuck in Faro and no sign of any short term flights.”

The easyJet cancellations on Sunday come after 25 departures and 22 arrivals at Gatwick Airport were canceled on Saturday.

Easyjet said: “We are very sorry and we fully understand the disruption this will have caused our customers. We are focused on getting them to their destination as quickly as possible.”

All affected passengers are entitled to: alternative flights, including with a rival airline; a hotel room until they can travel; and, if the airline is at fault, compensation.

EasyJet said it had extended customer service hours and helped those affected find hotel accommodation where needed. At least a dozen easyJet flights have been canceled in Bristol. Most passengers only got a few hours notice.

Meanwhile, about 3,000 passengers bound for Luton were diverted to other airports on Sunday as a temporary power outage hit air traffic control systems.

Legal expert Lisa Webb, of consumer rights group Which?, said: “These shameful scenes are the result of an industry where some airlines feel they can get away with ignoring consumer rights and acting with almost impunity. Passenger rights need to be strengthened.

“The government should drop plans to cut fees. The Civil Aviation Authority should be empowered to issue direct fines to hold airlines to account.”

Meanwhile, travelers from Paris to London were “tired, frustrated and defeated” after overhead power problems led to the cancellation of several Eurostar trains.