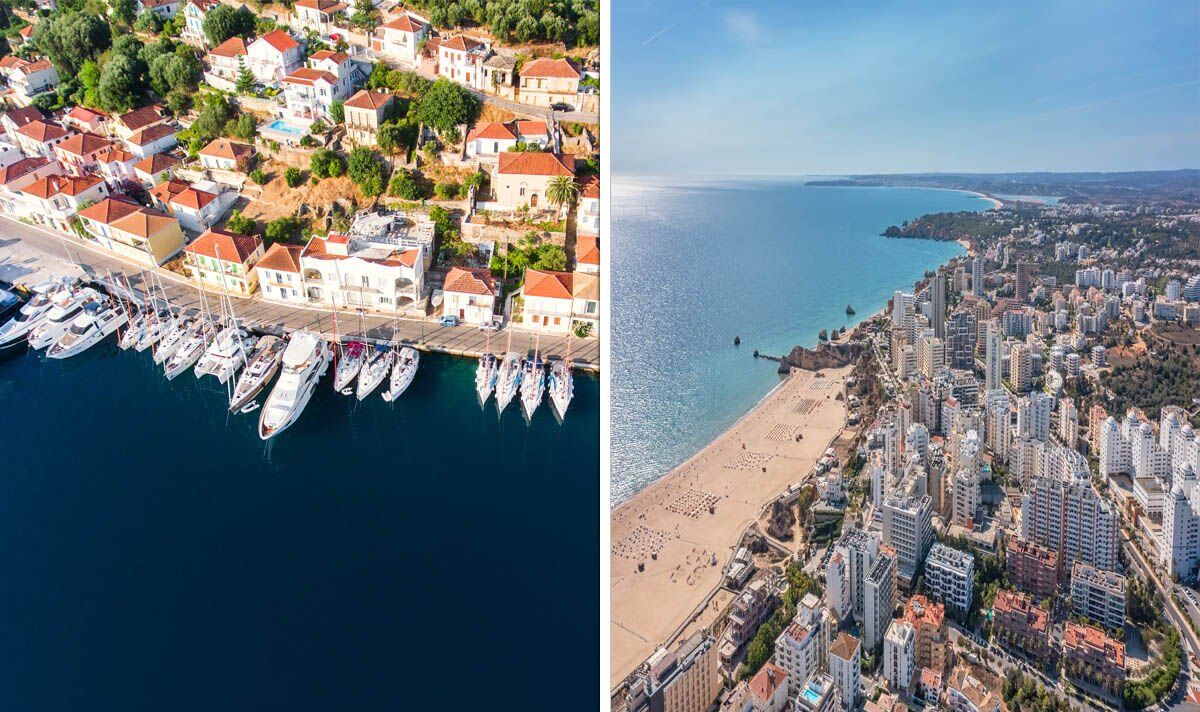 Spain’s Costa de Almeria may be less known than the favorite Costa Blanca and Costa del Sol, but it offers some beautiful beaches.

Chris Nye, out YourOverseasHome.comsaid: “The Costa de Almeria was one of the last Mediterranean coasts in Spain to get touristy and they didn’t even bother to give it a cool name, like the Costa Tropical on one side and Costa Calida on the other.

“Yet it is considered quite bohemian and even a little wild, with a coast popular for naturism!

“With warm and sunny weather all year round and good accessibility via its own airport, there is a lot of attraction here.”

READ MORE: Flight attendant explains ‘how to ask’ for free food and drinks

Do you dream of living in the South of France? Landes in the southwest of the country is surprisingly affordable.

Chris said: “Landes is in the extreme southwest where moors meet the Bay of Biscay.

“To the north is Bordeaux and to the south is Biarritz. Although Landes is in the popular Nouvelle-Aquitaine region, it is relatively undiscovered, as is its coastline, the Côte d’Argent (Silver Coast).

The Algarve is one of the most popular areas in Portugal for British expats, but there are a few cheaper areas outside the Golden Triangle.

Chris said: “The western end of the Algarve, furthest from Faro airport and at the furthest end from mainland Europe, offers excellent value for money.

“That’s not to say it’s cheap, but certainly less expensive than the ‘golden triangle’ around Vilamoura.

“It’s a little less touristy, but with a good population all year round and easy access from Faro.

“The sea here is sensational – cooler than the Mediterranean in every way and great for surfing and kite surfing, swimming, kayaking and even whale watching.”

Cyprus offers Brits guaranteed good weather for most of the year and could be a good choice for expats.

Chris said: “Larnaca is an up and coming part of Cyrus – cheaper than Limassol or Paphos or the more touristy Famagusta to the east.

“It is easy to access all year round as although flights to the Greek islands generally stop in winter, they continue to Cyprus.

“Cyprus is also really easy to get around because it’s so pro-British – they even drive on the left! So you will find a large expat community here and residents all year round.”