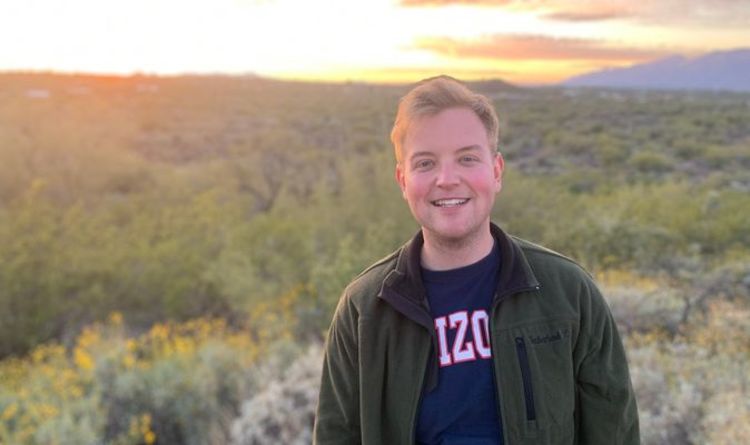 Vinny Thomas, 27, moved to Arizona to marry his wife. He works as a teacher and is also a social media content creator.

Vinny now lives in Phoenix, the sunny capital of the state of Arizona where he owns a house.

He told Express.co.uk he was very happy in the States and believes he wouldn’t have been able to afford a house if he’d stayed in the UK.

However, he said that he finds one aspect of life “considerably more expensive” in the USA.

He told Express.co.uk: “The cost of eating healthy is considerably more expensive in the US.

“My main example I give to people is that a single bell pepper will usually cost around a dollar (74p) if you are lucky here.

“Whereas in England you can easily get a three pack for a pound.”

Food in the USA often has a much higher sugar content than products in the UK and it can be more difficult to eat healthily.

Moving abroad can be daunting and Vinny shared one of his main mistakes with Express.co.uk.

He said: “I think the main mistake I made was feeling like I had to relocate so quickly.

“I wish I took more time to appreciate the UK while I was still there, rather than searching for the next adventure.

Depending on where a British expat moves to, they might find it hard to make new friends.

Vinny said: “Making friends abroad can always be hard, but I’d say the main way to do this is to focus on your passions, do things you enjoy both personally and professionally and you’ll make friends naturally along the way.”

It’s always a good idea to join clubs or groups to meet new people or check out Facebook groups for expats.

Being friendly to local residents could also help expats settle in and hear some great tips and advice for the area.

British expats can find all their favourite UK treats at British Corner Shop.

DEAL OF THE DAY: Save 25 percent off IHG hotel stays at over 600 UK & Europe hotels